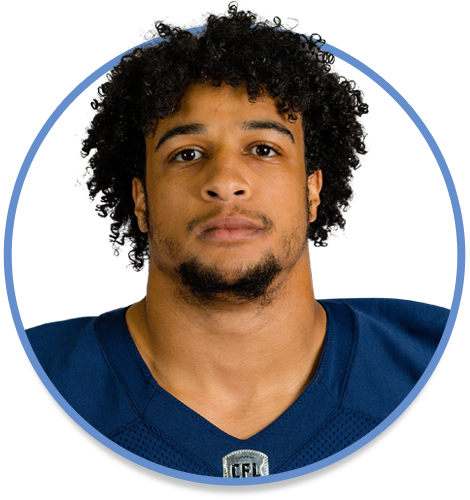 College: Attended the University at Albany (2015-19). Played 45 games. Redshirted as a freshman. As a senior defensive end he was named AP Second Team All-American, First Team All-ECAC, and First Team All-CAA. Named Third-Team All-CAA as a sophomore linebacker. Finished career with 198 tackles, 41.5 tackles for loss, 21.5 sacks, 12 forced fumbles, 8 fumble recoveries, and 2 interceptions. Set the school record with 14.5 total sacks, 14 solo, as a senior. As a senior he scored a TD on a fumble recovery against Central Michigan and had an interception in FCS playoff game against Central Connecticut. As a sophomore he led the CAA with 5 forced fumbles and returned 2 fumbles for touchdowns; one against Villanova, the other against Rhode Island.

Personal: Attended Altoona Area High School. A two-year captain of the football team. Played both ways in his senior season and rushed for 1,280 yards and 23 touchdowns. Named All-County, All-City, All-WPIAL. Also competed in track and field all 4 years.