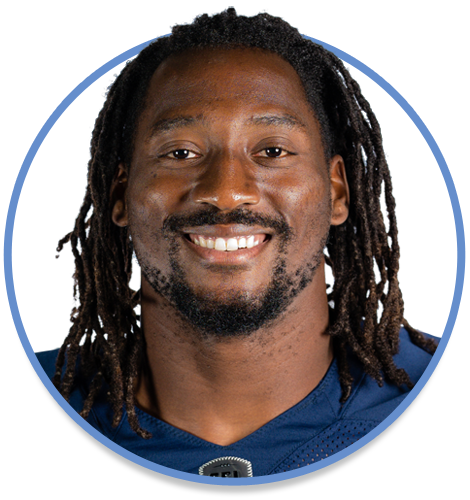 2018: Traded to Detroit Lions August 23 for a conditional draft pick. Played 13 games as a linebacker with the Lions. Recorded a career-high four sacks, 10 tackles and four tackles for loss.

2016: Played 16 games at linebacker, started 13. Totalled three sacks, one forced fumble, one fumble recovery, 37 tackles and three tackles for loss. Recorded his first sack at Arizona November 13 against Carson Palmer. On the play Harold was credited with a sack, forced fumble and fumble recovery.

2015: Selected by the 49ers in the third round, 79th overall, of the 2015 NFL Draft. Played 16 games, started one. Recovered one fumble. Finished with 14 tackles and four tackles for loss. His first NFL tackle came October 22 against Seattle’s Marshawn Lynch.

College: Attended University of Virginia (2012-14). Played 36 games, starting all 24 in his sophomore and junior years at defensive end. Declared for the NFL Draft after his junior season. Finished his Cavaliers career with 141 tackles, 17.5 sacks, 36.5 tackles for loss, two interceptions, three forced fumbles and four recovered fumbles. Twice named college football’s Defensive Lineman of the Week as a senior. Second Team All-ACC as a senior.

Personal: Attended Ocean Lakes High School. Rivals.com ranked him as the No. 1 high-school player in Virginia, and the No. 5 defensive end in the country. Had 78 tackles and 16 sacks as a senior. Also played in a wildcat offence as a quarterback, running back and wide receiver, accounting for 1,146 yards and 20 touchdowns. Caught 41 passes for 723 yards and was named First Team All-District at both receiver and defensive end.