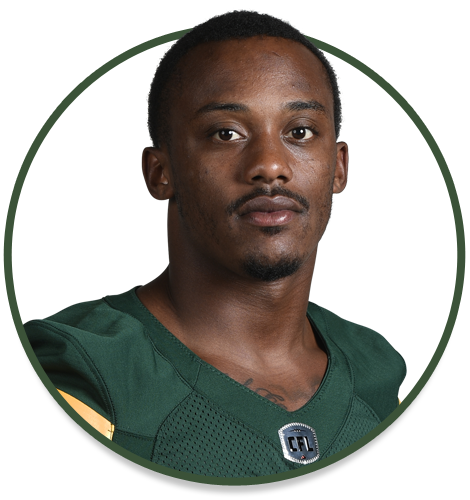 2021: Signed with Edmonton Elks September 5, Played 7 games. Caught 15 passes for 168 yards and a touchdown. Also used as a returner. Made CFL debut September 6 at Calgary. His first CFL catch was a 2-yard pass from Trevor Harris on September 6 in Calgary, while his first CFL touchdown came on the same drive, a 45-yard pass from Harris. Released December 28.