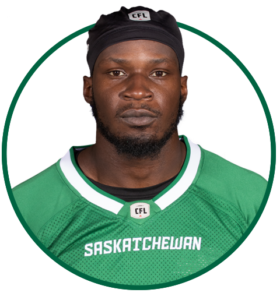 2019: Played in eight games with the AAF’s Orlando Apollos. Recorded five sacks, seven tackles for loss, knocked down three passes and had one interception…Signed with the Saskatchewan Roughriders July 14. Played in six games with the Riders. Recorded three tackles and scored a touchdown on a 55-yard fumble recovery against Montreal on August 9, a game that ended early due to a lightning storm. Made his CFL debut July 20 against the B.C. Lions. Released October 14.

College: Played 42 games at the University of Florida (2008-12). Redshirted as a freshman. Recorded his first sack in his sophomore season against Kentucky. As a senior he blocked a field goal against Vanderbilt. Finished his Gator career with 27 tackles.