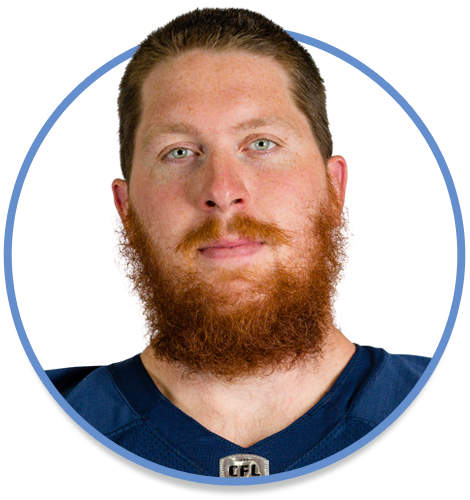 Acquired: Selected in the third round, 28th overall, of the 2020 CFL Draft.

2021: Played 12 games, started 1. Made CFL debut August 7 at Calgary. Made first CFL start at left guard against Montreal September 24. Playoffs: Did not play in Eastern Final loss to Hamilton due to injury.