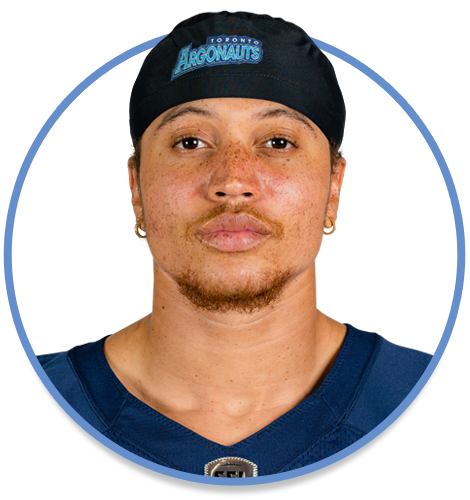 2021: Played 4 games. Caught 8 passes for 117 yards.  Made his CFL debut October 30 against B.C. Caught his first CFL pass in his debut, an 11-yard pass from McLeod Bethel-Thompson. Playoffs: Did not play in Eastern Final loss to Hamilton.

2019: Played 1 game for Salt Lake Stallions of the AAF. Caught 2 passes for 25 yards in the first game of the season before being placed on injured reserve.

College: Attended the University of Utah (2010-14). Played 44 games. Redshirted as a freshman. His best season was his junior year with 53 catches for 1,002 yards and 7 touchdowns. Anderson also returned kickoffs that season. He’d catch 17 career TD passes for the Utes. He finished with seven 100-yard games, fourth most in Utah history. Graduated with 2,077 receiving yards, fifth all-time at Utah. Only played 7 games as a senior due to a knee injury, which also forced him to miss the Senior Bowl.