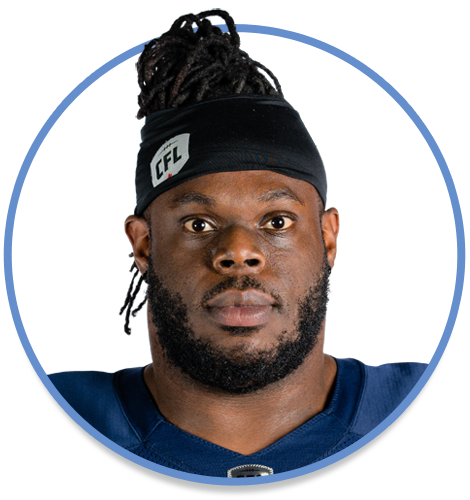 2018: Played 18 games. Recorded 26 tackles with two sacks. Playoffs: Had one tackle in West Semi-Final win over Saskatchewan. Had two tackles in West Final loss to Calgary.

2017: Signed with Winnipeg February 15. Played 14 games. Recorded 22 tackles with one sack. Playoffs: Had no stats in West Semi-Final loss to Edmonton.

2016: Played 14 games with Hamilton Tiger-Cats. Recorded 29 tackles with five sacks. Made his CFL debut in the first CFL game ever played at BMO Field on June 23. Had his first CFL sack that game against Logan Kilgore. Playoffs: Had one tackle in loss to Edmonton in East Final.

2015: Signed with Hamilton May 19. Spent season on injured, then reserve list.

2014: Waived by Jacksonville Jaguars May 12…Claimed off waivers by Carolina Panthers May 13, waived August 30.

2011: Selected by Indianapolis in the third round, 87th overall, in the NFL Draft. Played five games. Recorded 19 tackles.