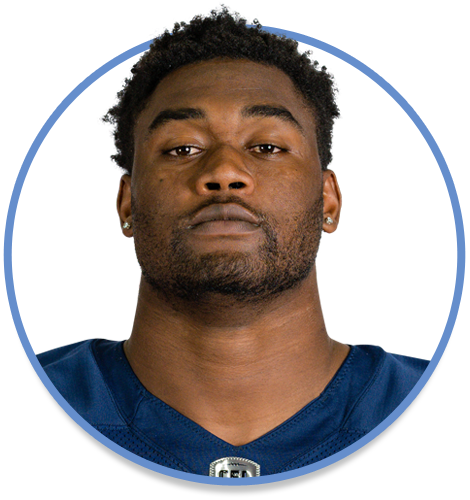 2022: Played 17 games. Recorded 33 defensive tackles, a special teams tackle, and a sack. Playoffs: Had a career high 6 tackles and a sack in Eastern Final win over Montreal. 109th Grey Cup: Had a tackle, a sack and a forced fumble in 24-23 win over Winnipeg.

2021: Signed as a free agent February 12. Played 6 games, started 5. Finished season with 9 tackles and a sack. Made CFL debut starting at defensive tackle against Winnipeg August 21. His first CFL sack came September 17 in Saskatchewan against Cody Fajardo. Playoffs: Did not play in Eastern Final loss to Hamilton.

2020: Released by Jacksonville Jaguars January 6…Played 5 games with St. Louis BattleHawks (XFL) before the league ceased operations. Had 4 tackles, a sack and a tackle for loss…Signed with Pittsburgh Steelers March 30, released August 3.

College: Attended the University of Pittsburgh (2015-2018). Played 24 games, started 23. Had 29 tackles and 4.5 sacks as a senior. Sat out 2015 after his transfer from Tennessee. Started the 2016 season at defensive end but suffered a season-ending injury on the third series of the season opener…Attended the University of Tennessee (2014). Played 7 games. Recorded 2 tackles.

Personal: Attended O’Fallon Township High School. As a senior he recorded 60 tackles, 8 sacks and 9 tackles for loss. Selected to play in the All-American Bowl.