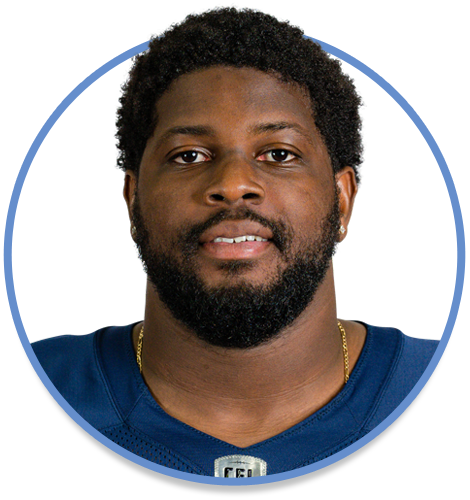 2020: Played for St. Louis BattleHawks and New York Guardians in the XFL. Was traded in mid-season…Signed with Toronto Argonauts December 28.

2018: Signed with Chicago as an undrafted free agent May 1.

College: Started 49 of his 50 games at the University of Hawaii. Named First Team All-MWC as a senior, Second Team as a junior. Twice won the team’s offensive MVP award, which is named after former Argo quarterback June Jones, a long-time head coach of the Rainbow Warriors. Allowed just 1 sack in his collegiate career, which came in his sophomore year. Switched from guard to left tackle as a junior. Caught a pass in his junior season.