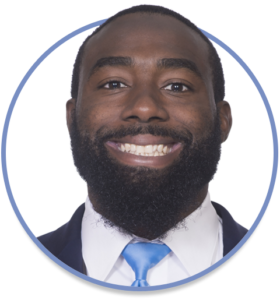 2018: Played in 14 games with the B.C. Lions. Caught 28 passes for 234 yards. Carried the ball 52 times for 218 yards. Second in the CFL with a kickoff return average of 25.7 yards, returning one for a TD against Edmonton on October 19th.  Averaged 10.5 yards per punt return, scoring one touchdown, also against Edmonton on August 9th. Returned one missed field goal 62 yards against Hamilton. Named a West Division All-Star for the second time. Playoffs: Did not play in East Semi-Final at Hamilton due to injury.

2016: Played 18 games. Caught 30 passes for 252 yards and three touchdowns. Added 36 carries for 309 yards and 3 TDs. Led the CFL with 1,359 kickoff return yards, a 23.4 yard average. Third in league with 942 punt return yards, with a 13.9 yard average and two TDs. Named a West Division and CFL All-Star for the first time. Playoffs: Carried the ball seven times for 40 yards, caught four passes for 57 yards in West Semi-Final win over Winnipeg. Averaged 23.0 yards per kickoff return, 5.7 per punt return, and returned one missed field goal for nine yards. In the Lions West Final loss at Calgary he rushed for eight yards and had 18 yards receiving while averaging 16.6 yards on kickoff returns.

2014: Waived by the Indianapolis Colts July 28th…Signed with the Arizona Cardinals August 9th. Released August 18th…Signed with the Montreal Alouettes September 28th. Played five games. Caught 10 passes for 71 yards. Playoffs: Carried the ball seven times for 78 yards, including a 64-yard TD run, in Montreal’s East Semi-Final win over B.C. Returned one punt for eight yards. In the East Final at Hamilton he had one 15-yard catch, one carry for -1 yards and a 27-yard kickoff return.

College: Played 52 games, started 19 in five seasons with the University of Florida (2007-11). Suffered a shoulder injury as a freshman and received a medical hardship. Named all-purpose All-SEC as a senior. Became the first Gator to lead team in rushing yards, receptions, punt-return yards and all-purpose yards in the same season. Had 861 yards rushing that year. Rushed for over 100 yards in three-consecutive games against UAB, Tennessee and Kentucky. Was a member of the Gators NCAA Championship 4×100 track team as a junior, finished third in the same event in his freshman year.

Personal: Attended Lakeland High School. Won back-to-back USA Today National Championships. Rushed for 2,478 yards as a senior with a school record 32 TDs. Rushed for 326 yards in one game. Finished with over 7,000 rushing yards and 90 TDs. His older brother is Rod Smart, who gained notoriety in the XFL as “He Hate Me.”