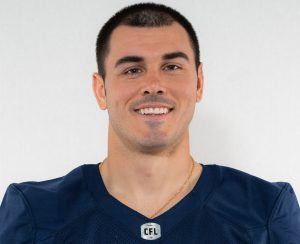 2018: Waived by Denver Broncos October 24. Played 1 game. Made NFL debut October 14 against Los Angeles Rams. Took one snap, an end of half kneel down.

2017: Selected by Denver in the seventh round, 253rd overall, of the NFL Draft. He was the final selection in the draft, earning him the title “Mr. Irrelevant.”

College: Attended the University of Mississippi (2015-16). Played 22 games, started all 22. Passed for 6,800 yards and 50 touchdowns. As a junior he passed for 4,042 yards with 31 TDs. Set 25 school records, including passing for touchdowns in 22 consecutive games. Graduated with the third most all-time passing yards. Named Second Team All-SEC in both seasons. Sugar Bowl MVP in 2015…Attended East Mississippi Community College (2014). Played 12 games. Led team to a 12-0 record and the NJCAA national championship. Threw for 3,906 yards with 47 TDs. Rushed for 446 yards and 4 TDs. Named First Team NJCAA All-American…Attended Clemson University (2012-13). Played 5 games. Redshirted as a freshman. Finished with 58 yards passing.

Personal: Attended St. Joseph’s Collegiate Institute in Tonawanda, New York. ESPN ranked him as the No. 1 quarterback in New York state and No. 4 in the country. As a senior he passed for 3,050 yards with 27 touchdowns, while rushing for 991 yards and 14 TDs. Won state championship in his junior year. A four-time national Punt Pass and Kick winner. His uncle Jim was a Hall-of-Fame quarterback with the Buffalo Bills. His brother Casey is a tight end at Ole Miss. Chad was mentioned in the first few episodes of the Netflix series Last Chance U. Also played baseball and lacrosse.