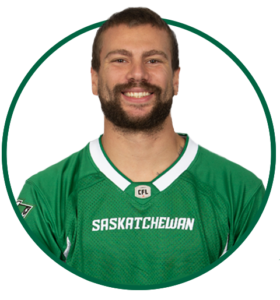 College: Attended the University of California at Los Angeles (2013-16). Played 47 games. Had seven games with multiple tackles as a senior. Recorded his first interception in his senior season against Colorado.

Personal: Attended Oaks Christian School in Westlake Village, California. He was born in Montreal, moved to Los Angeles as an infant, then to B.C. from ages three to twelve, then back to California in time for high school. ESPN ranked him as the No. 79 outside linebacker in the country, while scout.com rated him 20th. Also played running back. His father Doug is an actor who uses the name Christopher Judge professionally.