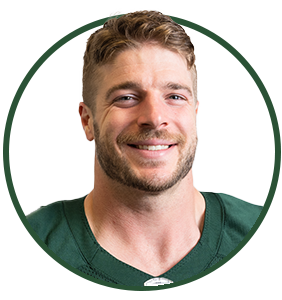 2017: Signed with Oakland as an undrafted free agent July 14. Played 2 games. Made his NFL debut at Philadelphia December 26.

College: Attended Ferris State University (2011-16). Played 33 games. Redshirted as a freshman and again as a redshirt junior. Finished with 111 tackles, 10.5 tackles for loss, a sack, and an interception. Key member of GLIAC championship team. Had a 51-yard interception return for a touchdown in a playoff game.