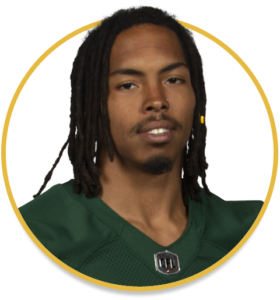 2019: In 10 games (seven starts), Colquhoun finished with 16 defensive tackles and two special teams tackles and one interception which he returned three yards. Colquhoun dressed for the East Semi-Final and Final.

2017: In nine games (nine starts), the 2016-draft-pick Colquhoun finished with 26 defensive tackles and Colquhoun also recorded his first-CFL interception in Week Six against the BC Lions. In the West Semi-Final, Colquhoun recorded eight tackles.

2016: Selected by Edmonton in the second round (16th overall) of the CFL Draft.

Pro: Spent the 2016 season with the Dallas Cowboys.