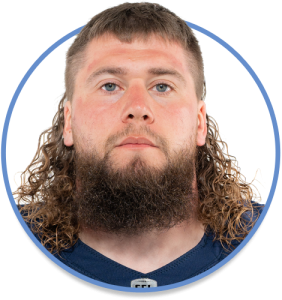 2019: Signed with the New Orleans Saints as an undrafted free agent May 13, released May 28…Signed with the Cleveland Browns July 26, released August 31…Signed with Toronto Argonauts September 16. Played in 3 games, started 2. Made his CFL debut October 18 in Montreal. Finished season with 114 yards on 23 carries, adding 5 catches for 39 yards and his first CFL TD against Ottawa October 26. In that game he had a 36-yard run, the longest of the season for the Argos.

College: Played 5 seasons as a walk on at Ohio University (2014-18). Played 50 games. Injured his foot in the first game of his true junior season and was granted a medical redshirt. Rushed for over 1,000 in his redshirt junior and senior seasons. First Team All-MAC as a senior, Second Team as a junior. Rushed for 164 yards as Ohio shutout San Diego State 27-0 in the Frisco Bowl.