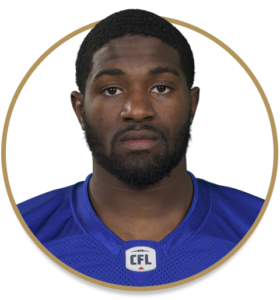 2017: Selected in the third round, 23rd overall by Winnipeg in the CFL Draft. Played two games with the Bombers.

Personal: Attended Kildonen-East Collegiate in Winnipeg before the family moved to Stillwater, Minnesota. He never played football in high school. Full first name is Abubakarr. Left Sierra Leone at age three after being separated from his mother during that country’s Civil War. Lived in Ghana before emigrating to Canada.