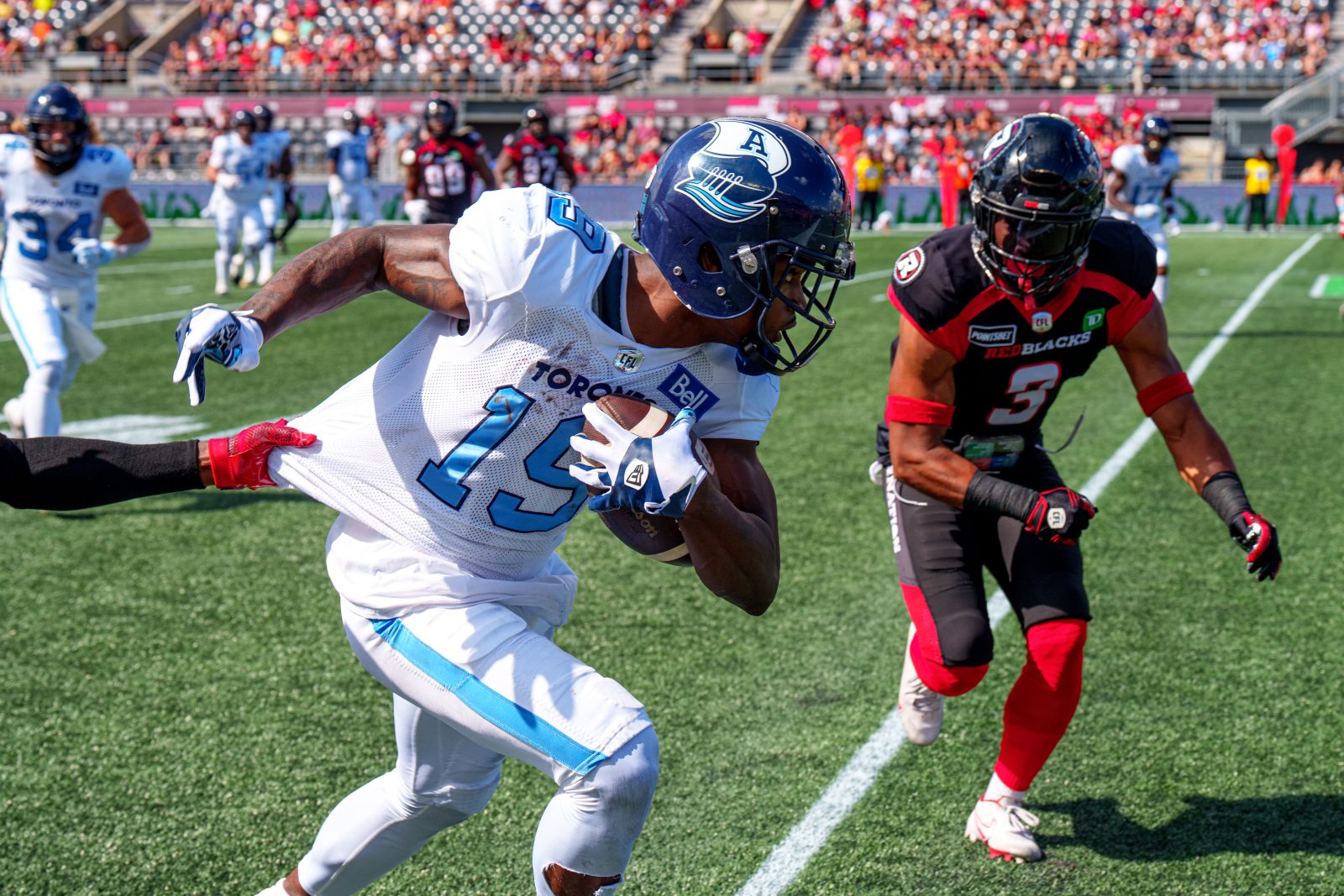 Gittens Jr. had a homecoming he won’t soon forget as the Ottawa native arrived in the nation’s capital for an afternoon tilt with the REDBLACKS and left with eight receptions for 161 yards, one touchdown and an Argos victory. The third-year Argonaut’s 161 yards were a new career-high while his eight catches tied a career-best. The Wilfrid Laurier product has already set career-highs in receptions (57) and yards (759), which are both tops amongst Canadian receivers in the CFL in 2022, as well as sixth and ninth respectively in the league. Gittens Jr. was also named a Top Performer in Week 7 after a 8-152-1 line in a win against Saskatchewan in July. He has helped the Argos to a 7-5 record, tops in the East.