A Season of Resurgence 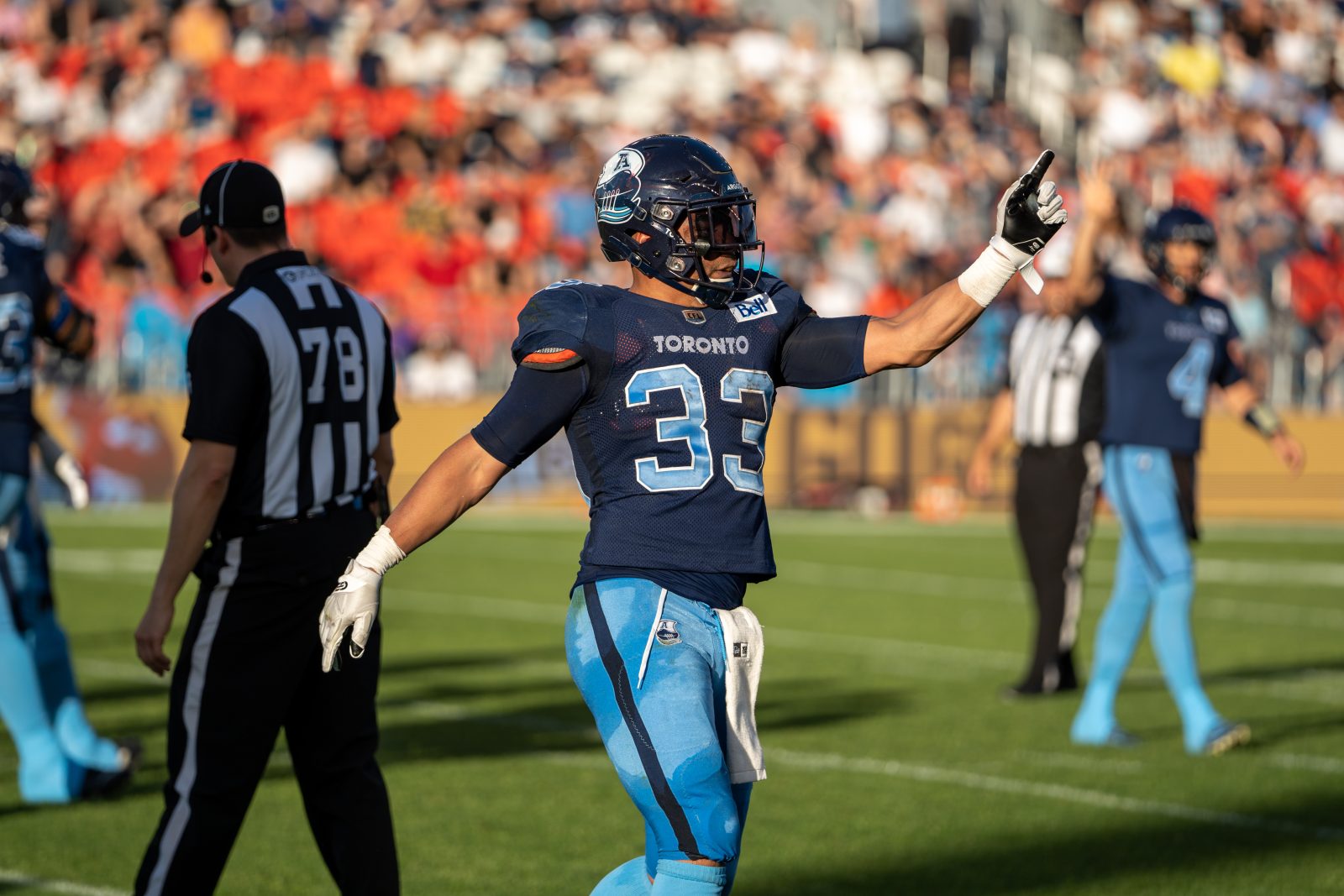 A Season of Resurgence

It was an uncharacteristically mild December afternoon by Lake Ontario. Temperatures were approximately four degrees. The Toronto Argonauts hosted their arch-rival Hamilton Tiger-Cats at BMO Field. It was the first Eastern Final played at BMO Field in four years. It was the beginning of a new era for the Argos. 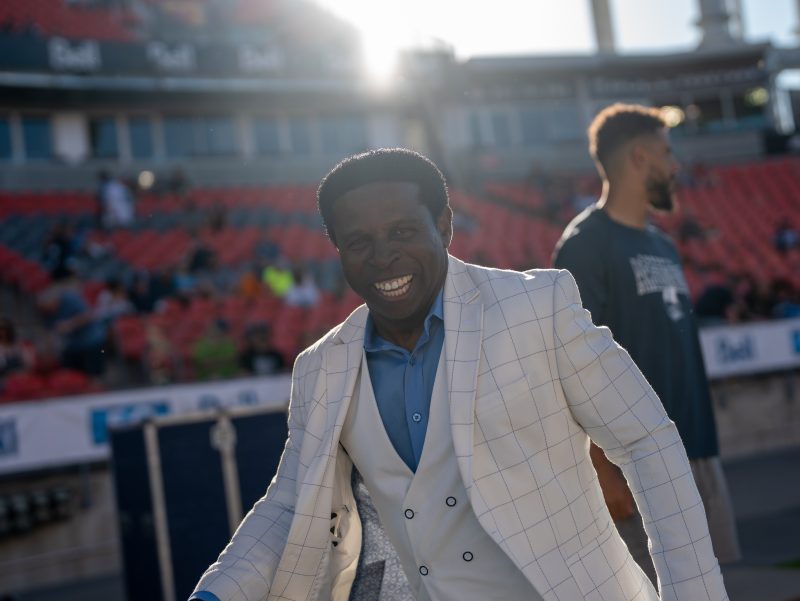 After a miraculous run capturing the Grey Cup in 2017, the Double Blue franchise put together back-to-back losing campaigns in 2018 and 2019. Head coach Marc Trestman was fired and a year later, legendary GM Jim Popp was let go, replaced by the franchise’s most popular figure, Michael “Pinball” Clemons. Seeing that the product on the field was deteriorating, Clemons had a vision to take the Argos in a different direction.

High hopes had arisen for 2020 when Pinball and the Argos hired Ryan Dinwiddie as new head coach. The players and Double Blue fans were excited for what the new decade would bring to the franchise. 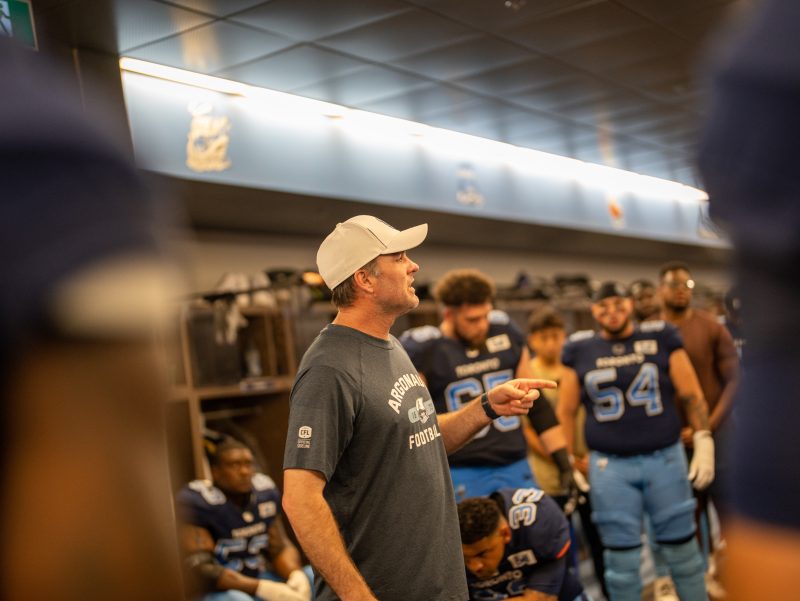 After the 2020 season was lost due to the COVID-19 pandemic, CFL Commissioner, Randy Ambrosie announced that the 2021 season would be played in August with a 14-game schedule. Fans were excited to return to the stands to watch the Argos perform.

The Argos made plenty of key acquisitions in the previous two off-seasons. Most notably, Toronto signed QB Nick Arbuckle and made a massive upgrade at the receiving position, most notably with the signings of former Stampeders’ WR DaVaris Daniels, along with Eric Rogers and Canadian national, Juwan Brescacin.

Beginning the season on back-to-back western road trips, the Argos walked away with a tight 23-20 win over the Stampeders in Calgary before dropping the ball against the Grey Cup Champion Blue Bombers in Winnipeg. This set up an early season highly anticipated home-opener with the Bombers at BMO Field.

For the first time in two years, the Argos hosted a home game in front of their Double Blue fans. Toronto clashed toe to toe with the champs, scoring early and protecting a lead they would not relinquish, despite a furious Bombers offensive attack. The Argos held on for the 30-23 victory heading into home-and-home contests with their arch rival Hamilton Tiger-Cats.

The next two games changed the trajectory of the Argos’ season. Toronto dropped its sixth consecutive Labour Day Classic to the Ticats before heading home to BMO to hold off a rally featuring an attempted game-tying drive, but a missed conversion attempt off the upright for a one-point victory.

Toronto captured three of its next five games, including a last second field goal clincher at Tim Hortons Field to take the lead in the division. This set up a showdown with the BC Lions at BMO Field, where the Double Blue prevailed in a 31-29 overtime slugfest, clinching a playoff berth for the first time since 2017.

In what would be a fourth meeting with Hamilton during the season, Toronto sealed its first division title in four years with a convincing 31-12 victory. The Argos would go on to host the Eastern Final, again facing their QEW rivals. While the result would not be what the Argos hoped for, the team held its head high, preparing to make a championship run with a revamped roster for the 2022 campaign. 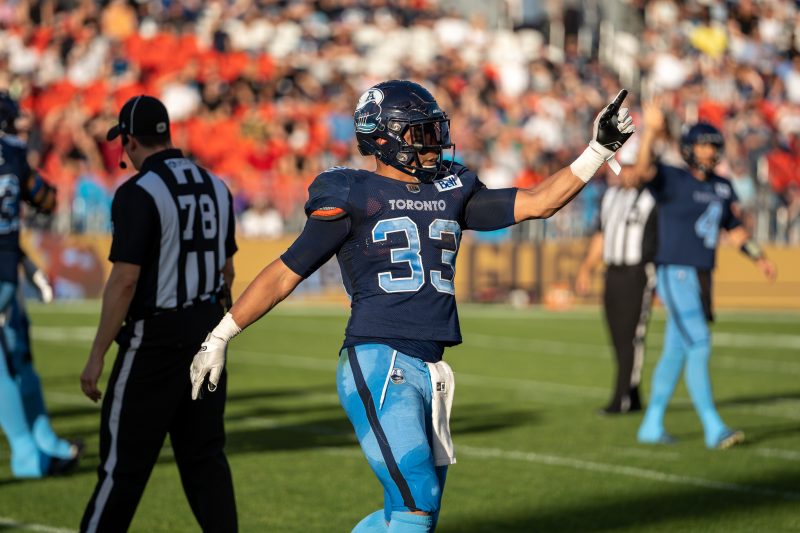 Toronto’s 2022 offseason saw significant changes. Most notably, the coaching staff and team philosophy has been altered both on and off the field. The free agent additions of Andrew Harris and Brandon Banks were brought on to boost the offensive core. More significant is the addition of Ja’Gared Davis to boost the defensive line and changes on the defensive staff, led by new defensive coordinator Corey Mace.

The 2022 Toronto Argonauts season kicked off hosting the Montreal Alouettes. Featuring the debuts of the free agent acquisitions in front of the Double Blue faithful, McLeod Bethel-Thompson and Co. contributed in captaining the Boatmen to a commanding 18-6 third quarter lead with Brandon Banks scoring his first touchdown in an Argo uniform.

The Alouettes rallied in the fourth quarter behind former Argo QB Trevor Harris. In the closing seconds, Montreal drove to the Argo 13-yard line with a chance to kick a game-winning field goal. In another CFL thriller style moment at BMO Field, Alouettes’ kicker David Cote hooked a 21-yard chip shot FG left, giving the Argos a thrilling 20-19 victory to begin the 2022 campaign.

Heading out to the West Coast to face the BC Lions, the Argos hit rock bottom with a disastrous display against the Lions in Vancouver. Learning valuable lessons from the loss, Toronto came home for a showdown with the Grey Cup Champion Winnipeg Blue Bombers.

In another classic showdown between two powerhouse franchises, the Argos once again found themselves trailing the Bombers by a three-score deficit. Against his former team for the first time, Andrew Harris contributed in carrying the load for the Boatmen with McLeod-Bethel Thompson sparking a late rally. After a touchdown to put the score within one, an unlucky turn of events doomed the Argos as Boris Bede’s conversion attempt hooked to the left.

After a bye week to regroup, the Argos headed eastward to Nova Scotia for the CFL’s Touchdown Atlantic showdown with Saskatchewan. Going back and forth with the Riders, a thrilling pick-six INT for a game clinching TD uplifted the organization and the Double Blue faithful. The Argos travelled to Regina for a rematch with the Riders, where they prevailed with a 31-21 win, despite five turnovers. Most notably, Andrew Harris became the sixth player in CFL history and first Canadian RB to reach 10,000 yards rushing.

Toronto returned home and faced the Ottawa RedBlacks, dropping a 23-13 decision. The Argos next play Hamilton on Saturday night at BMO Field, the first of four games in five weeks against the Ticats.