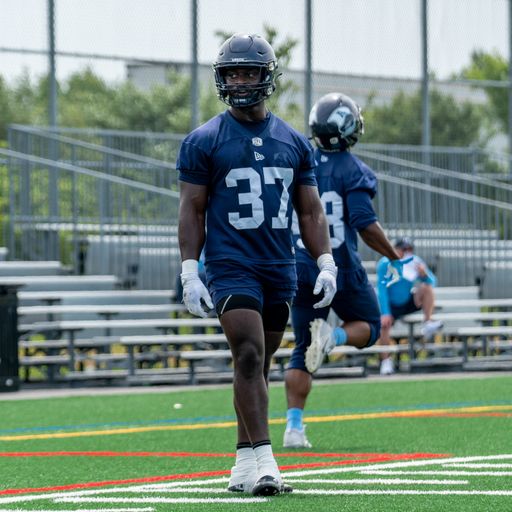 Sometimes it’s all about being in the right place at the right time.

For Enoch Penney-Laryea, that was the case last Sunday in Regina, when late in the game he scooped up a fumble forced by Robbie Smith and returned it for a game-clinching touchdown.

The timing was also fortuitous in terms of him being able to enter the CFL Draft.

Penney-Laryea (pronounced law-yay) was an intriguing prospect. A fantastic athlete who blew away the competition at both the Regional and National Combines, the Ghana-born, New York-raised, McMaster product didn’t even realize he was eligible for the draft until a conversation with an assistant coach at MAC; former CFL receiver Corey Grant. 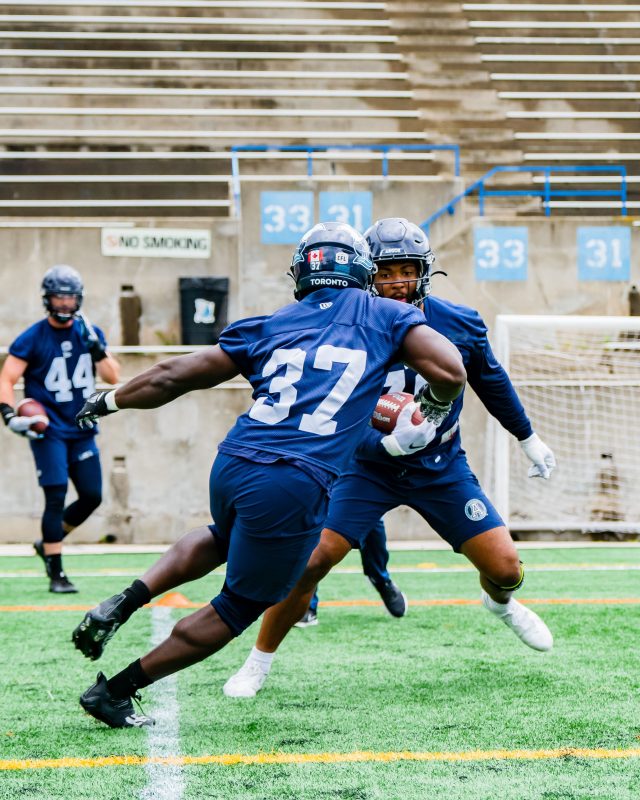 “He was the first person to let me know,” Penney-Laryea told Argonauts.ca. “He said ‘You’ve been here for four years now; I think you qualify as Canadian in the CFL. From that moment on I was ecstatic, it gave me an opportunity that other guys didn’t have.”

The linebacker was able to take advantage of a new wrinkle implemented by the CFL.

“This was the first year that the rule kicked in,” explained Argos Assistant General Manager Vince Magri. “If you spend three years at a Canadian institution and graduate, you’re eligible to enter the CFL Draft and enter the league as a National player.”

So, the kid from Tuckahoe, New York, just north of New York City, became – at least in the CFL’s eyes – a Canadian. The Argos took advantage of that and selected him in the third round of this year’s CFL Draft.

NYC became home base for his family because his father works for the United Nations. It’s meant the family has spent time in several countries world-wide, and it was one of those family relocations that helped lead him to Canada.

“One of my buddies, growing up in New York, was actually Canadian and went to UBC,” he explained. “When my family was relocating to Armenia, we spoke amongst ourselves (about university). I considered Canada, so I looked at some Canadian schools. MAC came up, I saw the football tradition and history, and I called about the programs and started talking with them. I applied and got in.”

The family’s relocation to Armenia gave Enoch an opportunity to experience life in yet another part of the world. He ended up interning in that country with UNIDO, the United Nations Industrial Development Organization.

“I basically was a do-it-all intern. It included making daily phone calls, to helping with presentations that my boss had coming up, to walking downtown to pick up documents; I was kind of doing it all. It was an amazing experience.”

Penny-Laryea’s story is a fascinating one. He’s highly intelligent and impressed everyone in the organization in his interview at the National Combine. He has numerous interests, and to branch out his experience he got a job in health care while at McMaster.

“I worked one year for Marchese Pharmacy in downtown Hamilton,” he recalled. “That was amazing. The first year was an apprenticeship year, but the extended my contract after that. It was an amazing opportunity to learn more about the health-care side of things, which I’ve always had an interest in. I finished with a biology and philosophy degree, so it was great to get that experience. It was a very community-involved company as well, so I was constantly reaching out to other agencies to learn how we can help out as a health services provider – so they do a little bit more than sell pharmaceuticals.”

After a brief chat with Penney-Laryea, you almost forget one thing – he’s in his rookie season as a professional football player; a player who, according to his special teams coordinator, is developing nicely.

“Being it’s his first year it’s a little bit of a learning curve for him,” Mickey Donovan told Argonauts.ca. “The thing that I like about him is that he’s a student of the game. In the meeting rooms he’s taking notes; he’s understanding things and he rarely makes the same mistake twice – it’s very rare.”

Being a super-intelligent person can be either a blessing or a curse in football. Some players are prone to overthinking a situation and in the split second they spend on processing things, they’re too late to make the play.

“As he’s getting his feet under him, he’s starting to react now more than overthink things,” said Donovan. Definitely, at first he was overthinking it and not reacting how as a coach you’d would want him to react. But his last game was a good one for him.”

The hard work is paying off for Penney-Laryea. He’s not only continuing to learn the pro game, but he’s putting in the work to maintain and improve his elite athleticism.

At the National Combine he ran a 4.58 second 40-yard dash (fifth fasted among all 53 National prospects, including receivers and DBs), bench pressed 225 pounds 27 times (second most, only behind now teammate Dan Adeboboye), and had a 39.5” vertical jump (third highest). Impressive for someone then weighing 220 pounds, now 10 pounds heavier.

And he’s having a ton of fun doing it. 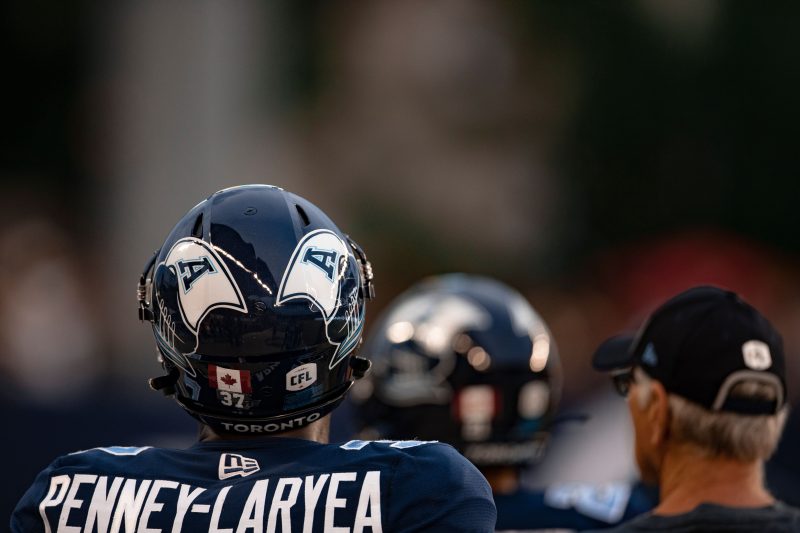 “It’s been insane, a lot of fun,” he said with a huge smile. “But at the same time, I’m trying to make plays out there and stay in the playbook and just be ready, because at any time they can call your number, so I want to be prepared.”

If football is the same as any of the other endeavours he’s experienced, any question about Penney-Laryea being prepared should be the least of the Argos worries.