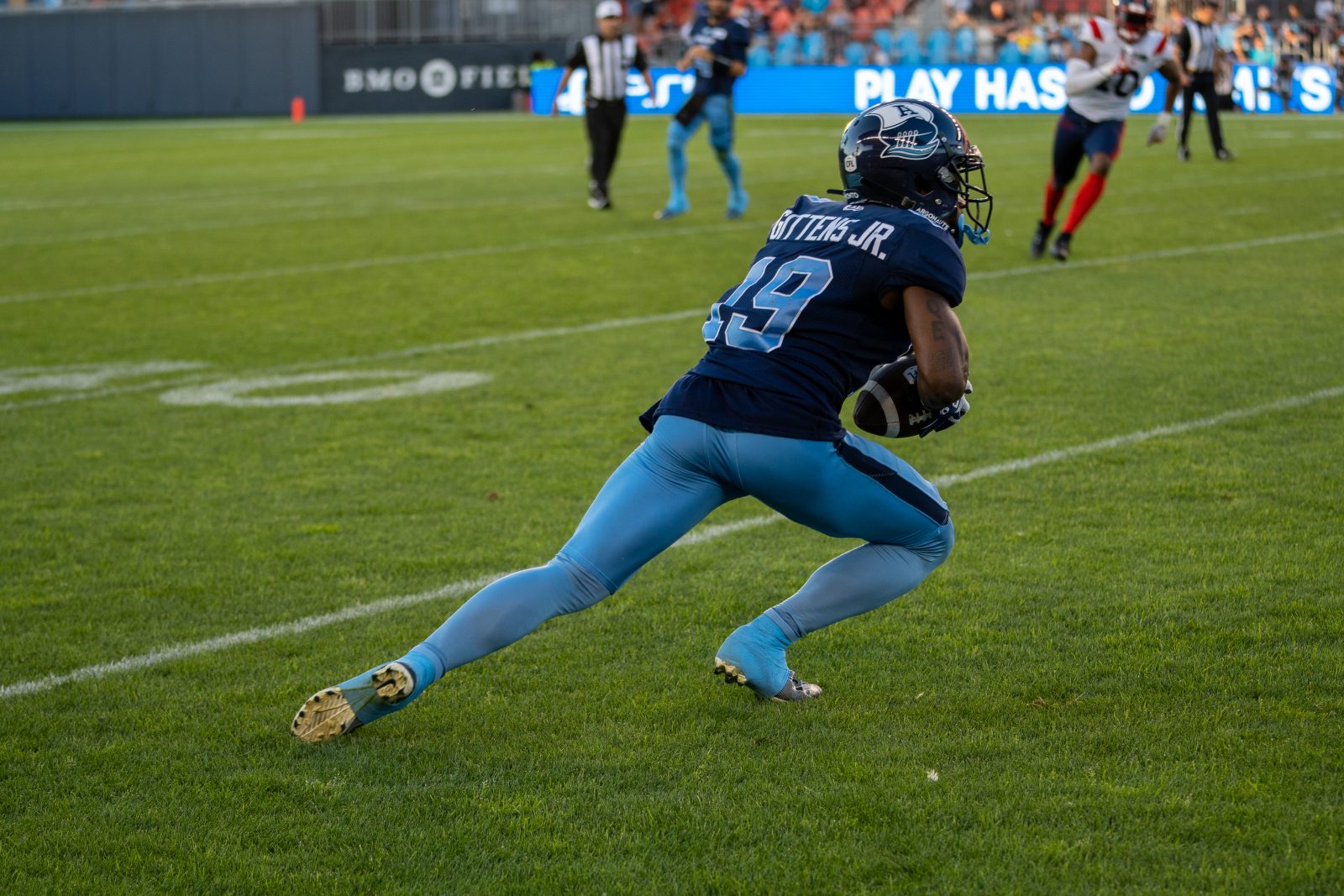 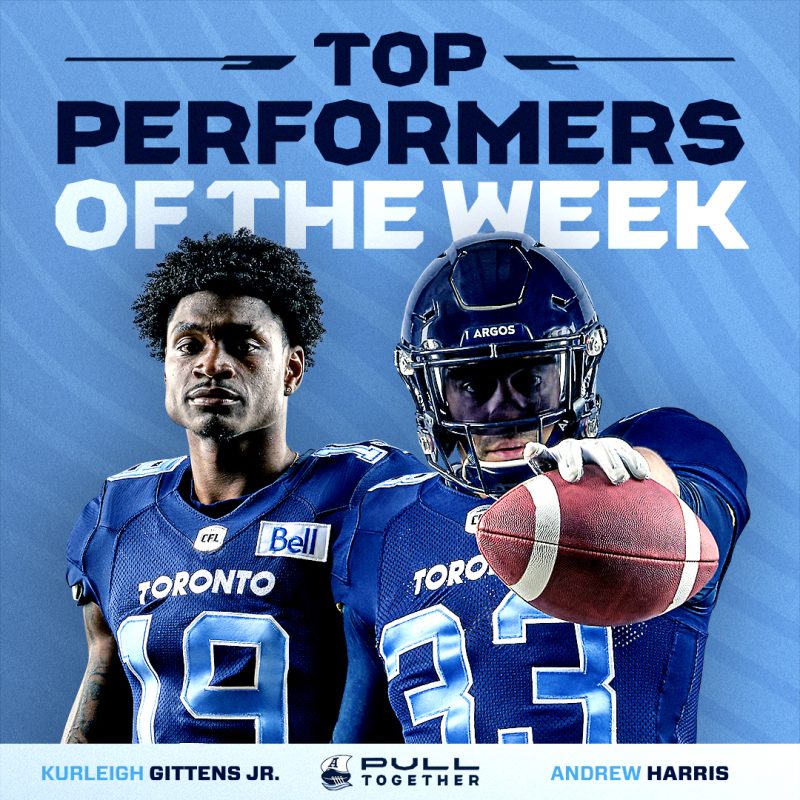 Harris had a historic day this past Sunday, becoming the first Canadian running back ever to rush for 10,000 career yards and just the sixth player in the history of the league to achieve the feat. The British Columbia native added to that record-breaking day, carrying 26 times for a bruising 143 yards, while catching seven passes for 45 yards, helping the Boatmen come from behind in Regina and beat the ‘Riders 31-21. The 12-year veteran and first-year Argo continues a stellar age 35 season, sitting second in the CFL with 407 rush yards and first with an average of 81.4 per game, having played two less games than the rush yards leader. Last week Harris moved into fourth all-time in career yards from scrimmage, passing the legendary Milt Stegall.

Gittens Jr. had a career day at Mosaic Stadium Sunday evening, hauling in eight passes for 152 yards and a major. The Ottawa native has now had eight receptions in a game three times in his three-year career, while his 152 yards were a new career high. The third-round pick in 2019 caught a pass from QB McLeod Bethel-Thompson 23 yards from the line of scrimmage in the second quarter and took it 47 more yards, untouched into the end zone for the longest touchdown of his career, 70 yards. Gittens Jr. is 12th in CFL receiving yards with 356 on the season and eighth in yards per game at 71.2.