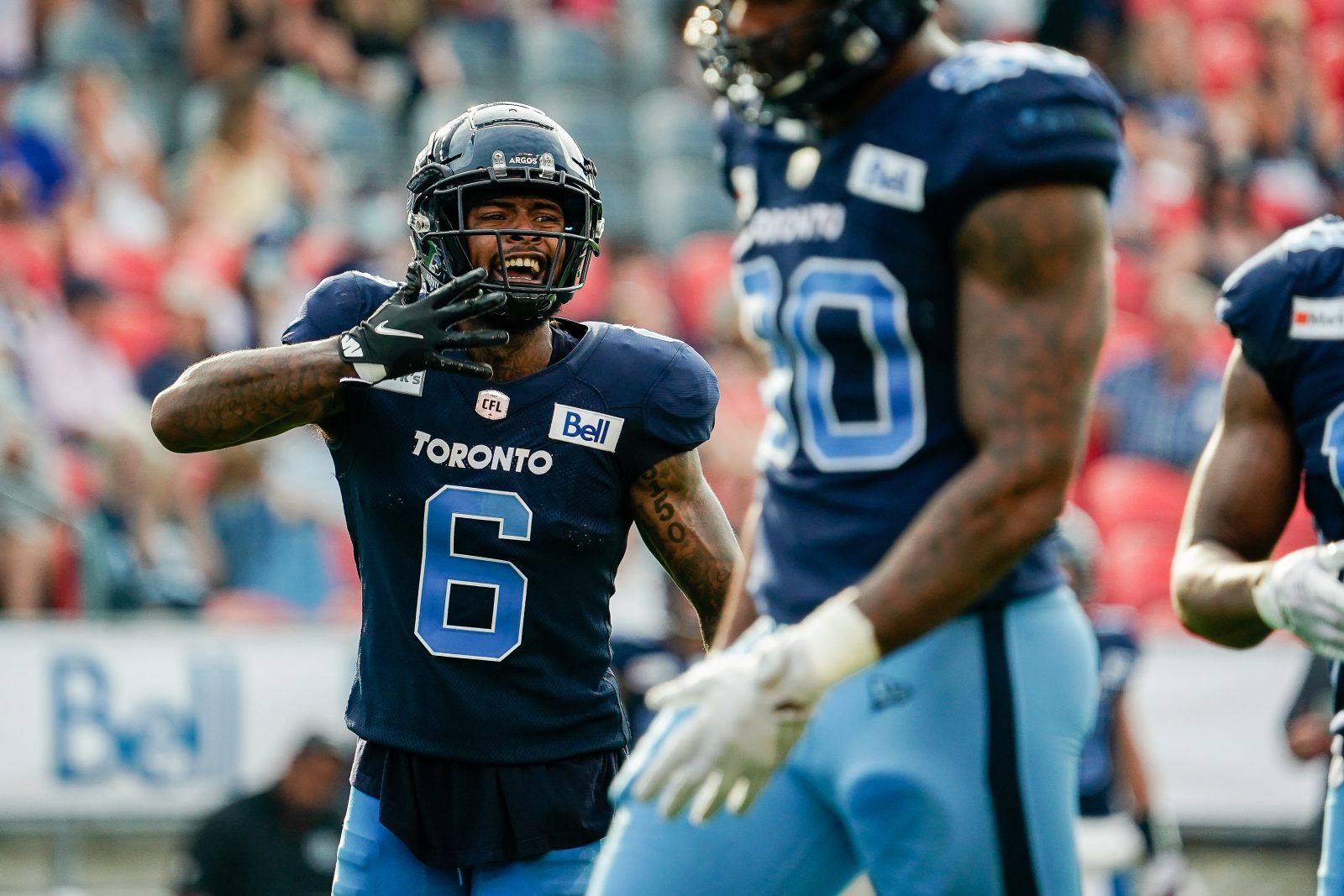 Those were the words Toronto Argonauts Defensive Coordinator Corey Mace used to describe what Chris Edwards will bring when he returns to the lineup on Saturday after serving a three-game suspension.

It hasn’t been an easy period for the strongside linebacker. The Detroit native hasn’t missed a game due to injury in his six years of pro football, so watching his teammates from the sidelines or on TV was a new experience for him.

“It was really tough,” he admitted to Argonauts.ca. “I got to suit up for the pre-season, but it’s not like a regular season game. It was really hard, but I just had to stay focused, keep watching film, keep encouraging my teammates, and now that I’m back they’re doing the same for me.”

Edwards had an outstanding season for the Argos in 2021. In 14 games he recorded 38 tackles, three sacks and three interceptions – two of which were returned for touchdowns. Though this year’s game in B.C. was certainly forgettable, Edwards likes what he’s seen from a defence that started five first-year Argos in the last game against Winnipeg, and is being led by a new D.C.

“We’re still learning,” said Edwards. “It’s early in the season. I feel like as we go on, and this defence is good now, but I feel like we can be great. We’ve just got to put it on the field and keep working.” 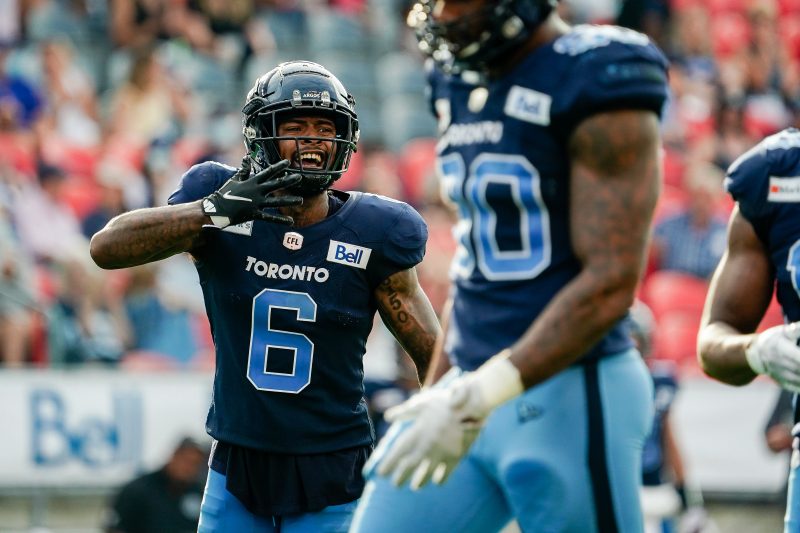 The defence will certainly benefit from the addition of someone with Edwards’ ability, and nobody knows that more than Mace.

“He’s a football player,” the coach said with a smile. “I think everybody in the organization is ready to see (number) 6 come back and play, I know he’s excited. I don’t want to raise expectations too high for him, just allow him to be himself. He’s been an outstanding player to this point and he’s a great piece to add to the defence.”

Mace says he’s learned a lot since joining the organization. He’s worked with some of his current players in the past, but many are new to him, including Edwards.

“I’ve learned a lot about Chris Edwards in the last three weeks, not even about who he is as a player, because that’s evident. I learned about how he approaches the game – knowing that he’s not playing – and I was pretty pleased with what I saw.”

What exactly did the new defensive coordinator learn about Edwards the person?

“He’s going to still be around,” elaborated Mace. “He’s going to be involved with his teammates. He’s going to work hard, and in practice he’ll take scout team reps; he’ll do all the extras. He’s for the team. Any time you have great football players who are good teammates and want to do the extras to help the organization win, generally you’re very happy as a coach.”

It sounds like there’s a mutual admiration society at work between Mace and Edwards as the player feels the same way about the coach.

“I love Coach Mace,” said Edwards. “I love his mentality. He’s an aggressive coach. He doesn’t just talk to you, he actually coaches you; breaks it down, tells you the details of the defence or a specific position or the play. He’s the defensive coordinator; he’s making the plays, so if you’ve got a question you can actually go to him and sit down with him, he’ll take the time and explain it to you.”

Mace and company faced a situation in the Winnipeg game that could have led to disaster both short and long term. After getting thumped in B.C. the previous game, the Argos found themselves down 17-0 two plays into the second quarter, with the defence giving up 10 of those points. In the final 44 minutes they gave up just a pair of field goals. 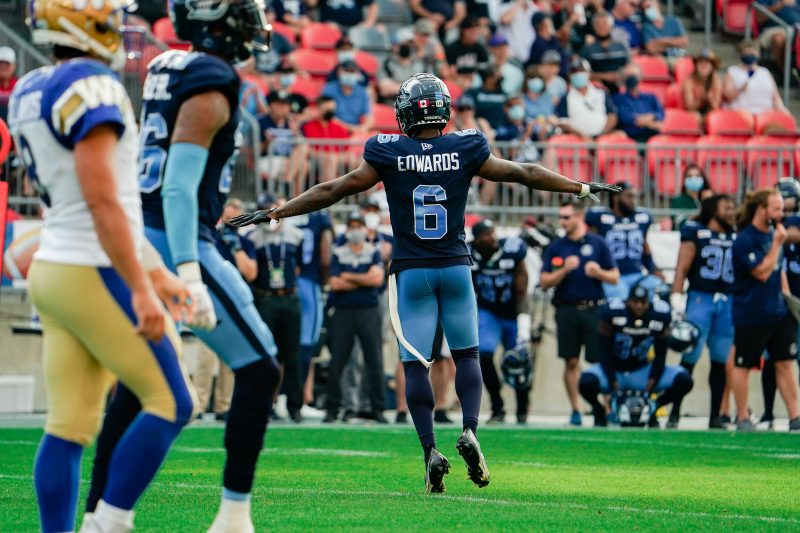 It could have very easily been a situation where players hung their heads and given up, especially when the team they were playing had won back-to-back Grey Cups. But they worked through it and gave the Double Blue a chance to win the game, something they almost did.

That resilience made Mace happy.

“I was pleased with the way the guys responded; there was no panic, there were no heads hanging, it was just ‘Let’s get to work, let’s get it done.’ We’re still new as a full group together, we’re still learning each other, we’re still piecing the system together, but those intangibles about having faith and trust and belief in everybody involved, those are the evident things you see in situations like that and I was very pleased with the way those guys responded.”

The Argos defence faces another stiff challenge Saturday afternoon when it faces Saskatchewan in the Touchdown Atlantic game in Wolfville, Nova Scotia.