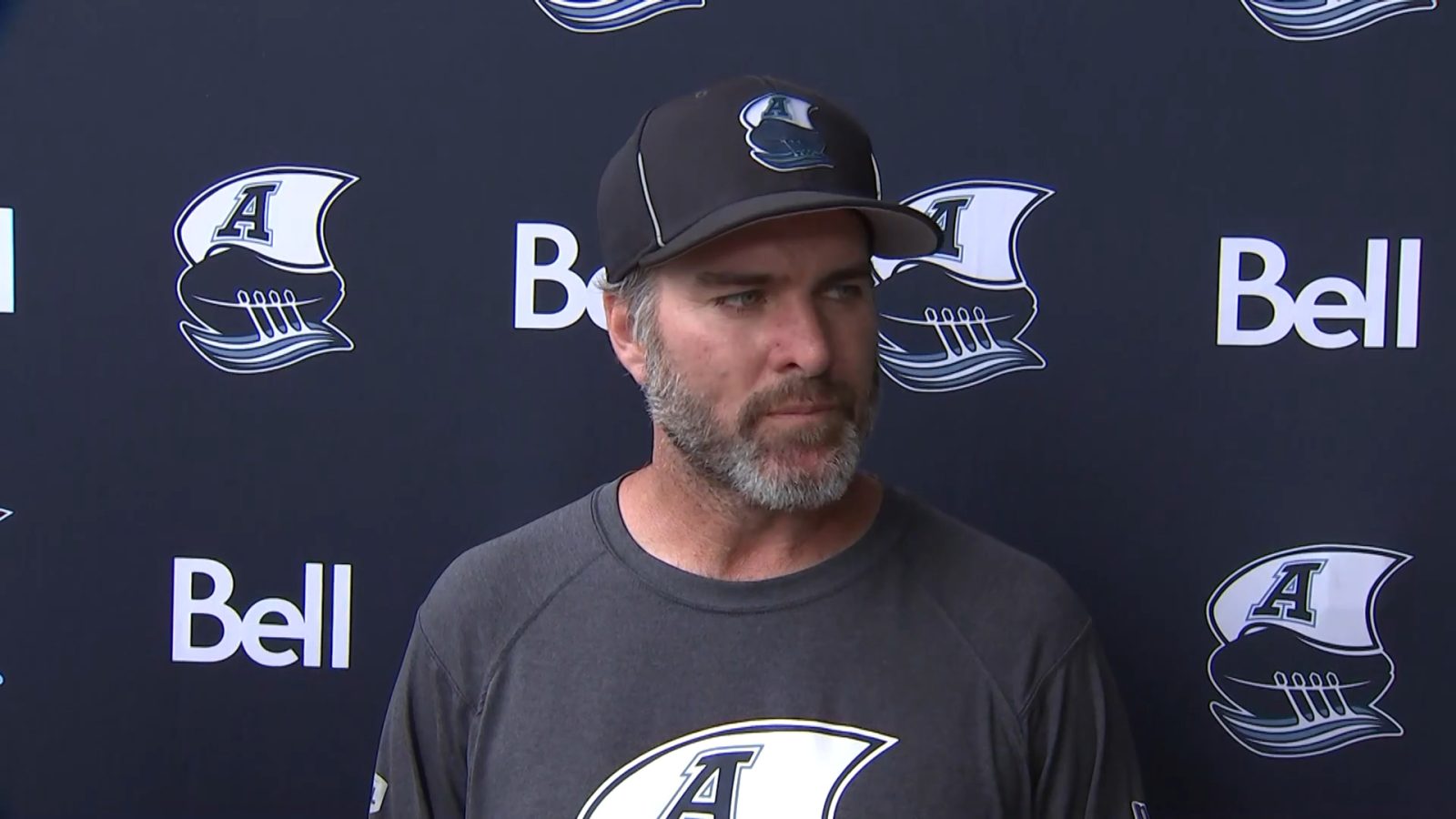 A mirror can be a strange thing.

There are times when you smile when you see the person looking back at you. Whether it be that your hair looks just right, or whatever you’ve chosen to wear that day works perfectly.

Other times the same mirror isn’t so kind. What you thought you’d see in the reflection wasn’t what you hoped it would be.

The latter was the case for the Toronto Argonauts when they looked at themselves after a blowout loss in B.C. last week.

“It was just a very humbling experience,” Head Coach Ryan Dinwiddie said after Saturday’s practice. “Just shocked more than anything because I’ve never had a loss like that, it’s the worst I’ve ever had.”

There’s a line to be drawn after a loss like that. A coaching staff can break down each play in minute detail to use as a teaching tool. The practical aspects of that are evident, but at the same time, going over the sheer amount of negative plays in that type of game could overwhelm a player, particularly mentally, and especially this early in the season.

How did Dinwiddie and company deal with the question of how much is too much?

“We watched the film and coached on those points,” explained the coach. “Then we were, ‘Hey, let’s get on to Winnipeg.’ The good thing is that it’s early in the year. Something happens like this at the end of the year you might hit panic mode a bit.”

If you spend any time around Dinwiddie, you realize he’s a Type-A football coach who seems to be focused on winning 24/7, constantly trying to improve the team. He admitted he may have hit panic mode a bit and he talked to his team about that on Saturday, saying it may not have been constructive.

“I told those guys I’m going to lighten up a little bit, relax. It’s their team, it’s their locker room. (With) great teams, the locker room polices itself, decent teams the coach has to police a little bit. I told the guys I’m done policing it, you guys handle it, let’s come together as a team.”

“Those guys want to do it. They’re putting the work in; our culture is getting better. That was our issue last year. We’ve gotten the culture better, now we’ve just got to go out there and play better.”

The defence played relatively well against Montreal in the season opener before laying an egg on the west coast. Being on that end of a one-side score is something that hasn’t happened to defensive tackle Shawn Oakman a lot over the course of his career.

He’s looked in the mirror over the last week and realized there are things he has to improve on. 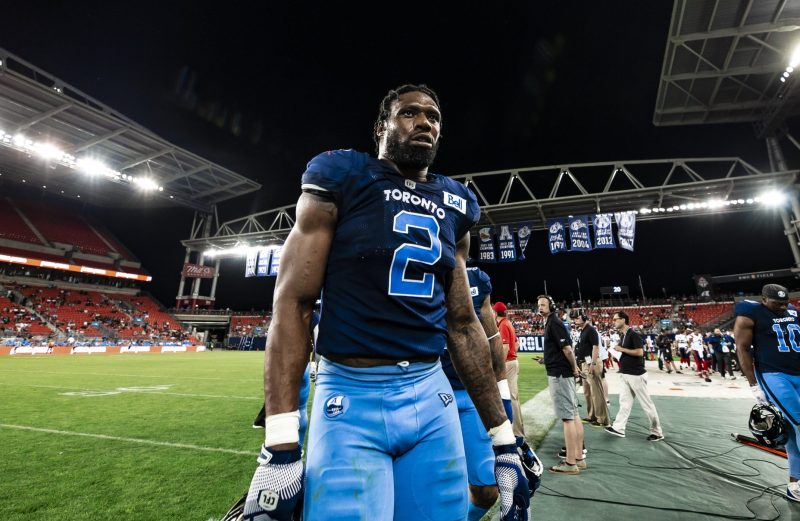 That’s the mindset an athlete has to have to reach the pros. The perfect scenario is to learn from the mistakes committed in the previous game, then be able to regain the focus needed to win the next week; especially true when the next opponent has won the last two Grey Cup titles.

Oakman has taken more of a leadership role in his second season in Toronto. He’s vocal before and during games and feels more comfortable in that position that he did a year ago. He continues to learn more about himself, including one specific thing he took from the B.C. game.

“Being resilient in all aspects of life. Bringing that to the field and showing the guys that I wear a lot of my emotions on my sleeve. They feel my pain; they understand why I’m here. If I can just push everybody to have that same energy or motivation that I’ve got, we can do great things.”

Monday night’s game against Winnipeg will be a big test for the Boatmen. With the number of veterans Dinwiddie and company added in the off-season to help change the culture, there’s added resiliency in place.

And like the coach says, now they’ve just got to go out there and play better.