Hogan: New Features For Fans At Bmo Field In ‘22 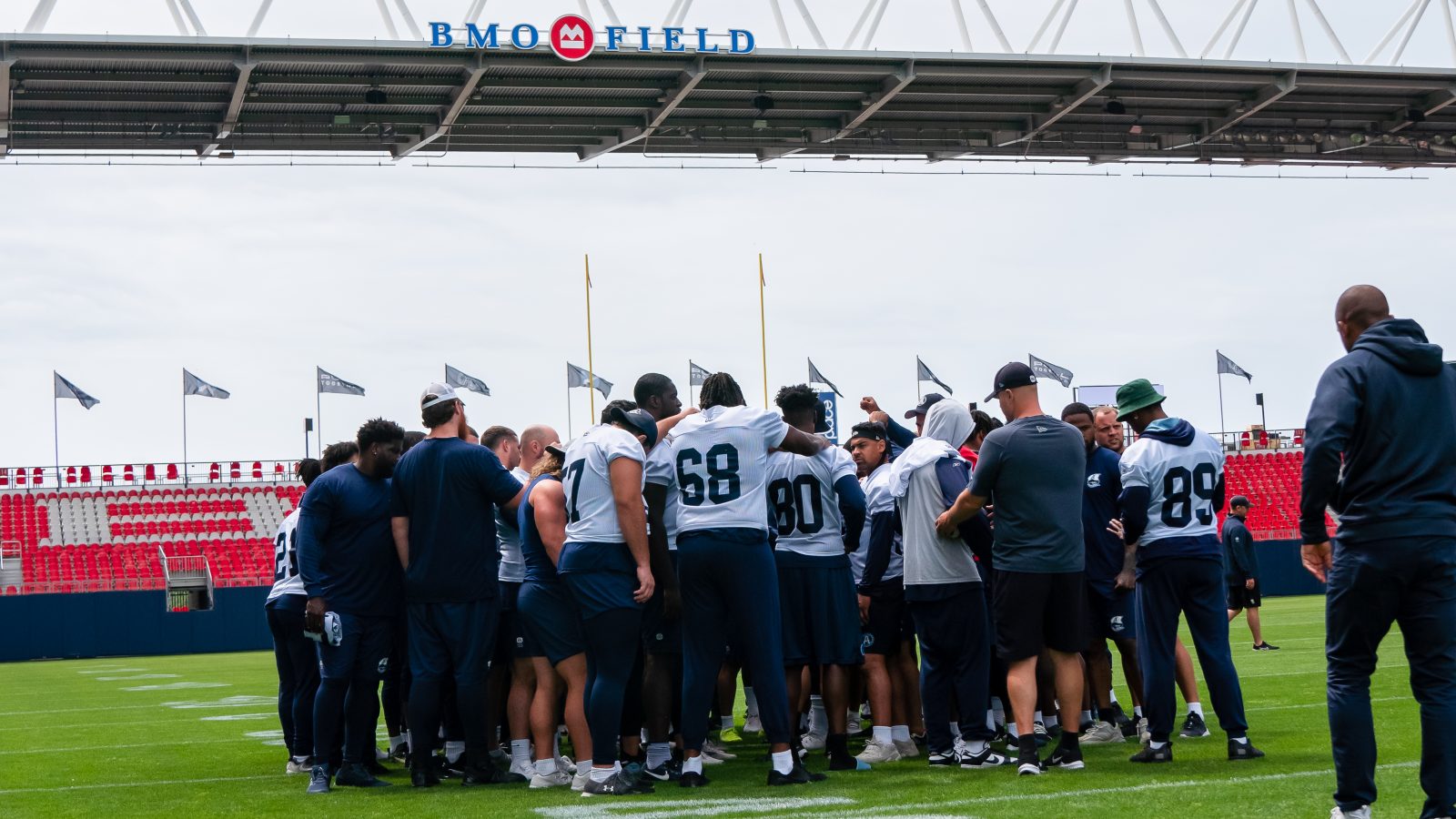 Hogan: New Features For Fans At Bmo Field In ‘22

Chris Shewfelt is like a lot of Argo fans; he lives in the 905, works in the 6ix, and is the father of a sports-crazy family.

What makes Shewfelt different from other Argo fans is that he’s the team’s VP of Business Operations. It doesn’t mean that when the suit comes off and it’s time to gear-up for a home game that he’s not as passionate as the other fans in his section.

“The atmosphere at BMO Field is the best the best thing for me, for sure,” Shewfelt said in a conversation with Argonauts.ca. “From a football perspective, the team that Pinball (General Manager Michael Clemons) and Vince (Assistant General Manager Vince Magri) have put together, I believe is the best in the league. Our focus is to win a Grey Cup and I’m really excited to see the new additions to the lineup. We’re going to be a tremendously exciting team and I can wait to hear that cannon go off!”

Shewfelt grew up in Copetown, Ontario, in a family of CFL fans, regularly attending games at Ivor Wynne Stadium. He’s since seen the light and is now Double Blue through and through. His two sons have also become huge Argo fans.

“They love the football,” said an obviously proud papa. “They go to a lot of football games and a lot of soccer games and football has always been exciting for them. When the cannon goes off (after Argo touchdowns) my 14-year-old likes it, my 11-year-old hides a little bit, but they love seeing the touchdowns and they want the Argos to score as many points as possible. The big plays are what get my guys excited.”

Selling his family on the games is one thing, but Shewfelt is in a position that has chewed up some of his predecessors; he’s at the top of the organizational depth chart in terms of trying to fill the seats at the stadium, something that’s proven to be difficult over the last three or four decades.

It’s a challenge he embraces. In his two decades working at MLSE he’s seen pro sports from almost every conceivable business angle. His first priority is looking after the most loyal of Argo fans; the season ticket holders.

“We invest in our season-seat holders and the retention of our members,” said Shewfelt. “The gift that we just sent our members (an Argos backpack and lapel pin) shows we’re investing in our season-seat holders to make sure they’re having the best experience. They are the lifeblood of the CFL; as Pinball says, they’re what makes the experience special.”

That part of the business seems to be working. The team renewed almost all of its members from a year ago and has added significantly to the existing base, though there’s obviously still a lot of heavy lifting to be done in that area.

One way to tempt casual fans who attend their first game to return is to engage them when they’re at BMO Field.  So, what will be new this year to help in that regard?

“From a digital engagement standpoint, we’ve got new technology within our app that will be more interactive,” he explained. “The game-day experience will be ‘game-ified’ if you will. When there’s a TV timeout or there’s a pause in play, there’ll now be an opportunity for fans. We’ll offer engagements within the app through ‘Argos Live’ to have fans interacting with a chance to win games and prizes. It can also be played at home.”

All you’ll need to do is make sure you’ve downloaded the Argo app on your phone, which is also the best way to manage your tickets.

The in-game presentation will once again feature Sean Bowen and Alicia West, as well as a return by the full ‘A-Team,’ who have been practicing for months and can’t wait for a chance to perform.

Of all the things the team does, and as excited as he is about the on-field product, Shewfelt was most animated when talking about the contributions the team makes away from BMO Field.

“We continue to focus on the community. We’ve seen some of our players down at MLSE LaunchPad, Chad Kelly being the most recent example, giving back to the most at-need communities. ‘Huddle Up’ continues to an important project for us and the Argos are the anchor. It’s gone digital over the last couple of years. We’re investing heavily in the community and there will be more to come throughout the summer as well.”

He’s also happy with one particular aspect of the team’s schedule this year.

In terms of content, this year Argos social media has focused more on the personalities who play for the team, allowing fans to get a little closer to the people they cheer for. Some of the behind-the-scenes videos from training camp were unlike the usual training camp fare.

There will also be a major media project to be announced in the near future, but that will deserve a story all its own when the time is right.

An exciting team, additional ways for fans to stay engaged during games, and an increased opportunity for fans to learn about their favourite players via social media. These are just some of the things Argo fans will have in store during the 2022 season. It all starts Thursday night when the Montreal Alouettes are in town for a 7:30 kickoff. Tickets are available at Argonauts.ca.