Added To Our Canadian Contingent During 2022 Cfl Draft 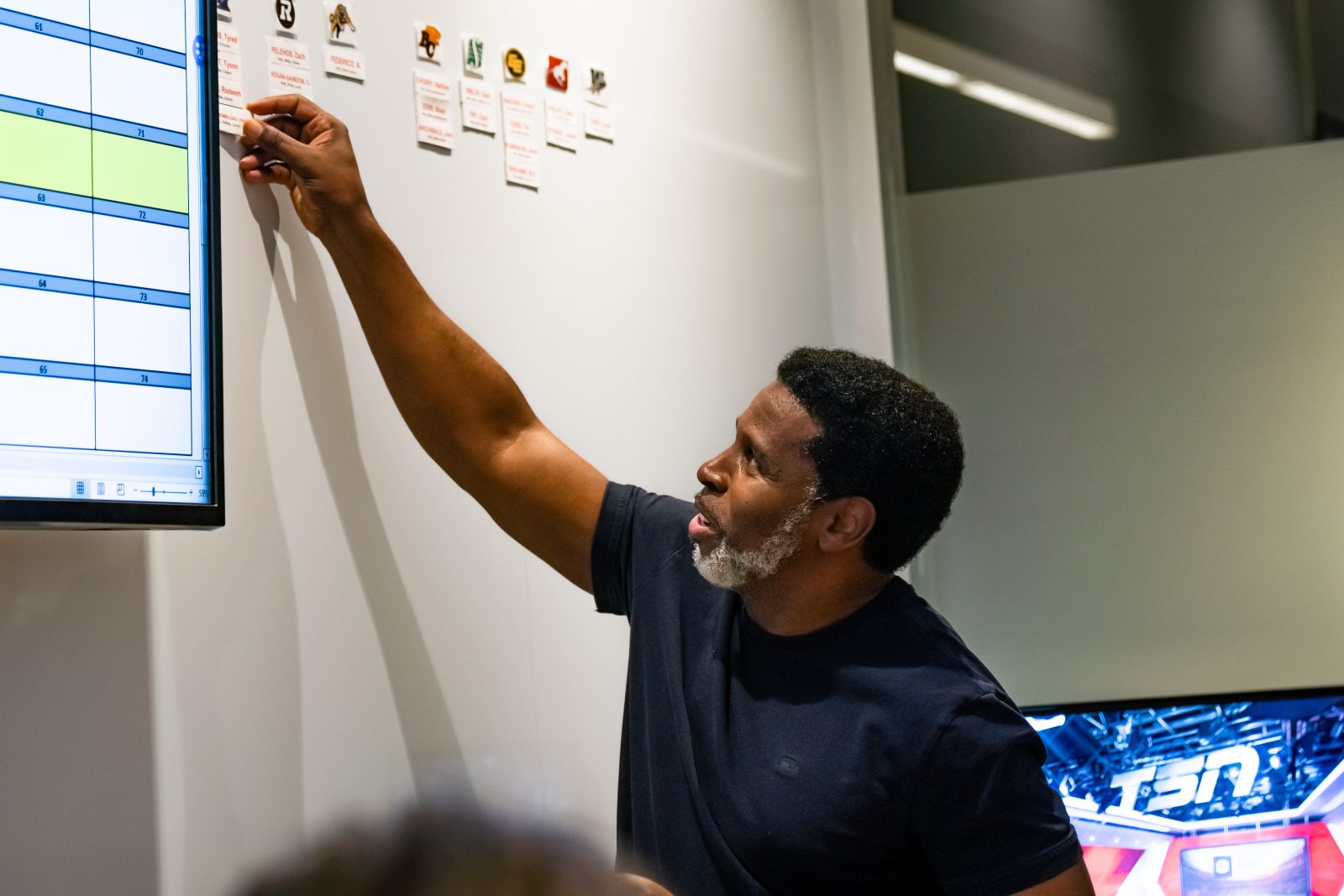 Added To Our Canadian Contingent During 2022 Cfl Draft

TORONTO – The Toronto Argonauts added nine Canadians to their roster this evening during the 2022 CFL Draft.

MacKellar, 6’5 and 311lbs, was named U SPORTS Second Team All-Canadian and AUS All-Star in 2021 and 2019 with the St. Francis Xavier X-Men. The Nova Scotia native, who went to high school in Ontario, played three seasons of U SPORTS football at the east coast school after originally landing a scholarship with the University of Rice in Houston, Texas in 2017, where he red shirted.

Knight, 6’4 and 275lbs, tallied 52 tackles, 13 for loss, 10 sacks and two forced fumbles in his fourth year at Western University, helping the Mustangs win the Vanier Cup. The Ajax, ON native won the J.P. Metras Trophy last season, awarded to the Most Outstanding Down Lineman in U SPORTS. Knight finished his collegiate career with 96 tackles and 13.5 sacks (2018-2021).

Adeboboye, 5’9 and 218lbs, rushed for 507 yards and six touchdowns in his senior season at Bryant University in 2021. The Toronto native was First Team All-NEC during his junior season when he rushed for 445 yards and two touchdowns while becoming the first Bryant RB to average over 100 yards per game since 2015. Adeboboye rushed for 1,816 yards (seventh all-time in Bryant history) and 16 touchdowns over 34 career games for the Bulldogs.

Penney-Laryea, 6’1 and 230lbs, played 21 games for McMaster over three seasons totaling 55 tackles, 15.5 for loss, 10.5 sacks, two forced fumbles and one interception for the Marauders. Penney-Laryea, who was born in Jamaica, played two seasons at Division III Union College in New York prior to coming to Canada.

Noll, 6’6 and 295lbs, spent five seasons at Wilfrid Laurier where he played every position along the offensive line and was part of a team that won the OUA in 2016.

Sutton, 5’9, 175lbs, played 10 games for Texas State in 2021 and tallied 22 tackles for the Bobcats. Born in Texas, Sutton played at Southern Methodist University (2016-2019) prior to Texas State where he recorded 45 tackles in 37 games played for the Mustangs.