Hogan: The Battle For Receiving Jobs About To Heat Up 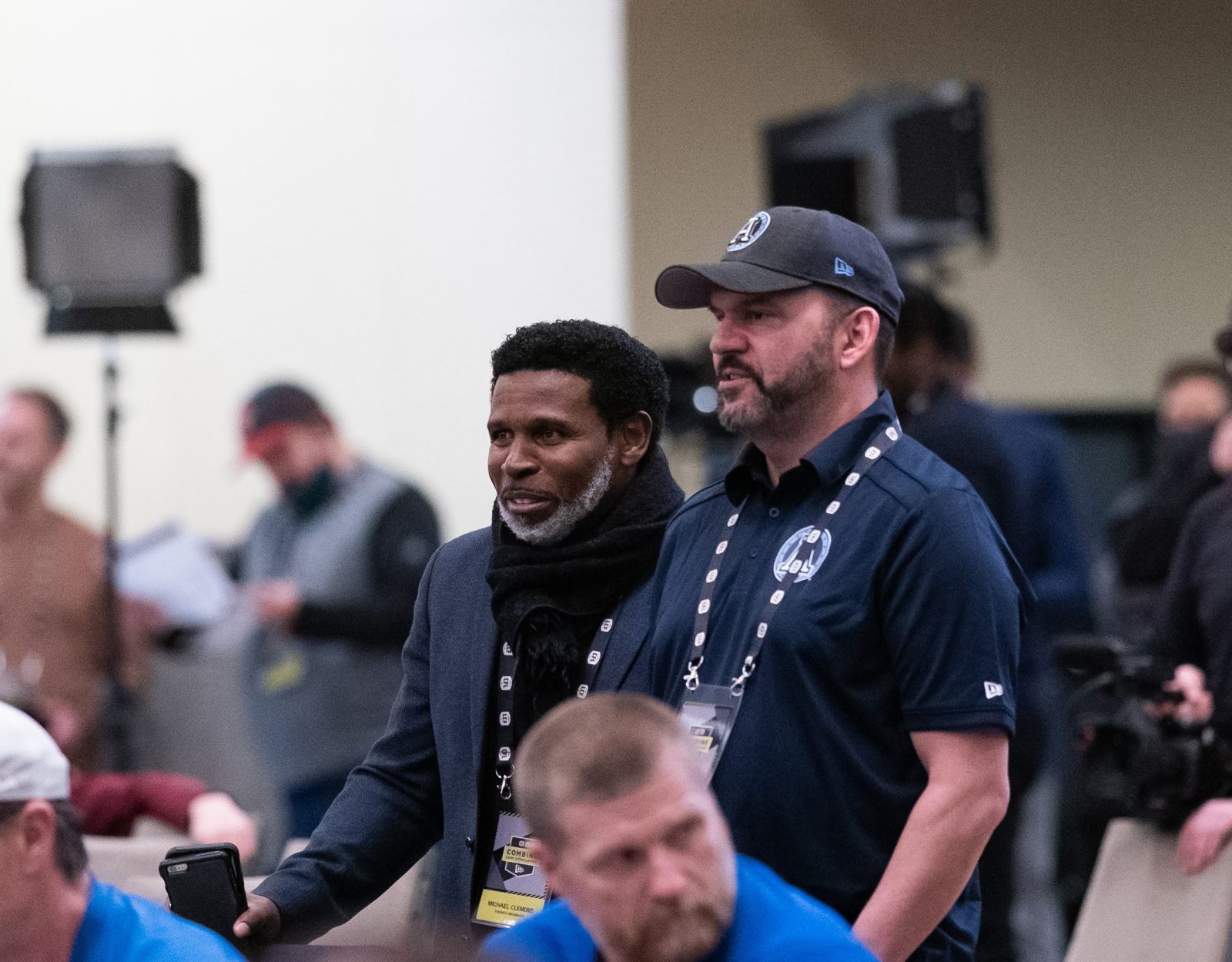 Hogan: The Battle For Receiving Jobs About To Heat Up

It’s a contest to see which pass-catchers will catch on.

Battles will be waged within each positional group when the players arrive at Toronto Argonauts training camp in mid-May. Certain players will be fighting for starting jobs, others for roster spots, while some will simply be trying to make the practice roster.

Among those positional groups, perhaps the most interesting competition will take place at receiver. The number was reduced earlier this week with the release of Daniel Braverman, but currently, there are still 20 receivers on the roster; 14 Americans and 6 Canadians. Don’t be surprised if that number increases before Day One of camp either through free agency or the draft.

Expect seven or eight receivers to dress for each game, with two to four more on the practice roster, plus injured players. It emphasizes how intense the competition will be because almost half of those trying out will be released by the time camp is over.

With the amount of talent within the group, it’s actually a good problem to have; having too many playmakers is better than not having enough. For general manager Michael “Pinball” Clemons, assistant general manager Vince Magri, head coach Ryan Dinwiddie and company, there will be some difficult decisions.

Someone else with input is Pete Costanza, the Argos new receivers coach and pass game coordinator. He joins the Boatmen after CFL stops in Calgary and Winnipeg, where he won a total of four Grey Cups.

When several 2021 seasons ended some coaching jobs opened up in Toronto. After a discussion with Blue Bomber general manager Kyle Walters and head coach Mike O’Shea, Constanza received their blessing to become part of a reunion in Toronto. He’s back with Dinwiddie, defensive coordinator Corey Mace, offensive line coach Kris Sweet, and defensive backs coach Joshua Bell in Toronto after the five were together in Calgary.

“When we were together in Calgary, we always said that if we left, we wanted to reunite and work together,” Costanza told Argonauts.ca from the Argo offices at BMO Field. “Timing-wise things worked out and we were able to put the band back together.”

Costanza is also okay with the red-and-black and blue-and-gold colour schemes being in the rear-view mirror.

“I always liked the Double Blue,” confessed Costanza. “I always thought Toronto had some of the coolest uniforms in the league. All of us wearing Double Blue? They’re just new colours, but colours that I actually like, so I’m good with it (laughs).”

Part of the reason Costanza came here was to hold the dual portfolio of receivers coach and pass game coordinator. The latter essentially does what an offensive coordinator would do in terms of breaking down film and scheming for an opponent, but with just the passing game. He’ll then take those ideas to Dinwiddie for discussion and eventual implementation.

That process is currently underway in the Argo offices in advance of training camp, where the brain trust realizes there will be some tough decisions ahead.

“It’s going to be a challenge, there’s no doubt about it,” Costanza admitted. “I’ve never had more than 16 guys going into a training camp. With 20 guys, that’s a lot of guys to get reps for. There are going to be hard decisions that will have to be made; it’s always tougher when you have a bigger body of guys to pull from. The group is deep, there’s a lot of good talented players there.”

Costanza has worked with several members of the group before; Eric Rogers, DaVaris Daniels, Juwan Brescacin and Markeith Ambles. There’s an advantage for the players having been with their coach before, they already know what’s expected of them. With that said, the coach has to be aware of what year it is.

“It’s tough as coaches when we have relationships with guys,” he explained. “You can’t hang your hat on what they’ve done one, or two, or three years ago. You have a foundation there, but you need to go and judge them on what your eyes are showing you right now. The new guys, it’s their job to come in and push and try to take a starting job, the veterans have to go out and compete and keep a starting job. It’s always open competition.”

It has to be a quick transition for some of the new American receivers who have not been exposed to the Canadian game. It’s a prime example where Costanza not only has to be thinking about the scheme but has to be a teacher in the truest sense.

Which of the intricacies has historically been the one he’s needed to coach up the most with rookie Americans?

“The number one difference for them is the waggle,” explained Costanza. “It’s easy to take a guy who has had NFL reps or at a big university in the states, put him on the outside of the line of scrimmage and let them play football, they’ve done that their whole life. Trying to get them to use the waggle and understand the use of the waggle, a lot of guys take longer to learn it. That’s the first thing I always talk to them about.”

That’s far from being the only nuance the newbies have to adjust to.

“The next thing that I think is the biggest adjustment for guys coming from the states is the width of our field. In U.S. football a lot of those throws to the sidelines, the ball is on you out of your break and you’re fighting the sidelines.”

For now, it’s 20 talented players competing for perhaps a dozen jobs. The upcoming three weeks of camp will be career-altering for some.