Hogan: Ten To Watch At This Year’s Training Camp 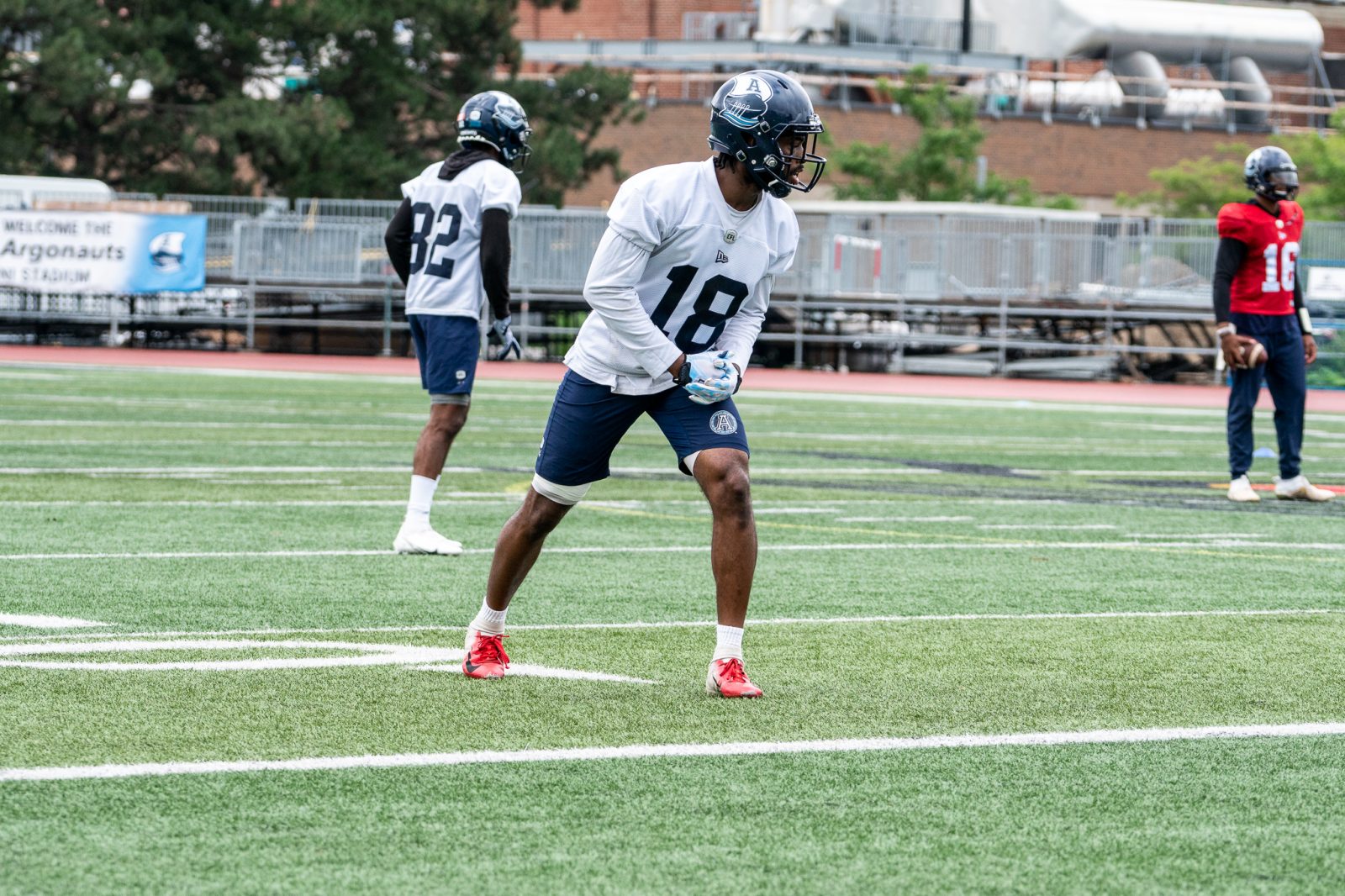 Hogan: Ten To Watch At This Year’s Training Camp

It’s getting closer every day.

The first day of on-field activity with the full roster of Toronto Argonauts takes place May 15th. With high-profile newcomers Brandon Banks, Andrew Harris and Ja’Gared Davis expected to garner most of the attention, Argonauts.ca wanted to look at some other players worth keeping an eye on.

Brissett entered his rookie season without the boatload of expectations usually accompanying a player selected second overall in the CFL draft. Perhaps it was because there was a full year between his selection and his Double Blue debut, or maybe it was the breakthrough performance of second-year Argo Kurleigh Gittens Jr. that pushed Brissett to the background.

He certainly had his moments in 2021; a touchdown on a blocked punt against Ottawa, his first CFL catch was a 31-yard reception to set up a touchdown against Winnipeg, and most notably, his acrobatic 13-yard catch on a third-and-six to set up Boris Bede’s dramatic 51-yard game-winning field goal in Hamilton.

The Mississauga native is one of six Canadian receivers on the roster and will have the opportunity in camp to earn more regular-season reps. His ability coupled with his versatility makes him a valuable asset.

This entry on the list is actually a two-for-one as his brother D’Angelo is also worth keeping an eye on.

The Argos signed DaShaun in the first couple of hours of free agency this year, while D’Angelo signed with the team in early March. The Argos initially had their sights on D’Angelo before he signed with Detroit in 2021, while DaShaun was still under contract with Calgary.

DaShaun, a West Division All-Star in 2019, will be a frontrunner for one of the starting halfback spots, though he is versatile enough to play another position. He’ll certainly have competition in a deep, talented secondary. One of those pushing him will be his younger brother, who was also a dangerous punt returner in college.

There is no doubting Polite’s talent level. A third-round pick of the New York Jets in 2019, he spent time with three NFL teams before being released by the Rams in January.

The defensive end had a monster junior season with the Florida Gators before entering the draft. That season he recorded 11 sacks, 17.5 tackles for loss and six forced fumbles en route to being named First Team All-SEC.

After being released he has the opportunity to show that the NFL teams made a mistake. The thought of him coming into camp with a chip on his shoulder makes him perhaps the most intriguing player on this list.

A running back turned receiver who can return and even play QB in the wildcat, something he did at the University of Cincinnati. Wright signed with the Argos earlier this month and joins a stacked receiving corps featuring 15 American and six Canadian receivers currently on the roster.

What may separate the former Washington NFLer from the rest of the receivers is his ability to return, which is somewhat unusual for someone 6’2”, 220 pounds.

Another newcomer looking to establish himself as a receiver who can return is Earnest Edwards, who was most recently with Edmonton.

Yes, this is McLeod Bethel-Thompson’s team. The veteran enters camp with QB1 attached to his name for the first time. He was an All-Star last season and won the took over the starter’s job in mid-season from Nick Arbuckle.

With that said, there is a curiosity about the new kid in town. Kelly comes to Toronto with a strong arm and a lot of swagger. The Ole Miss product’s skillset seems tailor-made for the CFL and it will be interesting to see how quickly he picks up the nuances.

The player with the lowest profile on this list, Pututau’s videos show that he possesses tremendous potential.

An older graduate after completing a Latter-day Saints mission, the Adams State product is a lightning-quick pass rusher who is adept at shedding blocks. The question is how he’ll handle experienced offensive tackles at the CFL level.

An already deep edge group became deeper with the addition of Pututau.

This was a key addition that almost completely flew under the radar, primarily because he signed the day before free agency opened.

The former Stampeder returns to the CFL after stops in New Orleans and Miami. He’ll likely be looked upon as an every-down linebacker at the WILL spot. The retirement of Dexter McCoil left a big hole in the defence, one which McManis will be counted upon to help plug.

He’ll be coming home, sort of. His girlfriend is from Toronto, which made the decision to come to Toronto much easier.

Ray is another returning player with something to prove.

The former NFL first-round pick looked unblockable in one-on-ones during training camp last year. Unfortunately, he suffered a hand injury in the season opener in Calgary that kept him out of the lineup for most of the season.

Ray worked out with his hometown Kansas City Chiefs in the off-season and by all accounts looked great. He’ll turn 29 during training camp and his age, combined with his history of injuries, meant his performance didn’t matter much to K.C., which should leave him wanting to prove both them and his skeptics wrong.

It was by far the worst moment of the 2021 training camp.

Cage was the most dominant offensive lineman during camp before his season ended in the worst possible way. On the last play of a practice, Cage went down and felt something was wrong. The ankle injury meant his season was done; the second consecutive year he suffered a season-ending injury.

The Chicago native has the opportunity to come back healthy and establish himself as one of the more dominant offensive linemen in the league. If he performs like he did before the injury there’s a good chance he’ll be among the CFL’s best at left tackle.

Collins joined the Argos for the final five games last season and immediately made an impact, picking off a pair of passes.

The reason the LSU product should be on the watch list is to see where new defensive coordinator Corey Mace plays him. He could start at either corner, or at halfback. No matter where he lines up, he should be a major factor this season.

With the game experience, he received in 2021, seeing Collins for a full season is a tantalizing proposition.