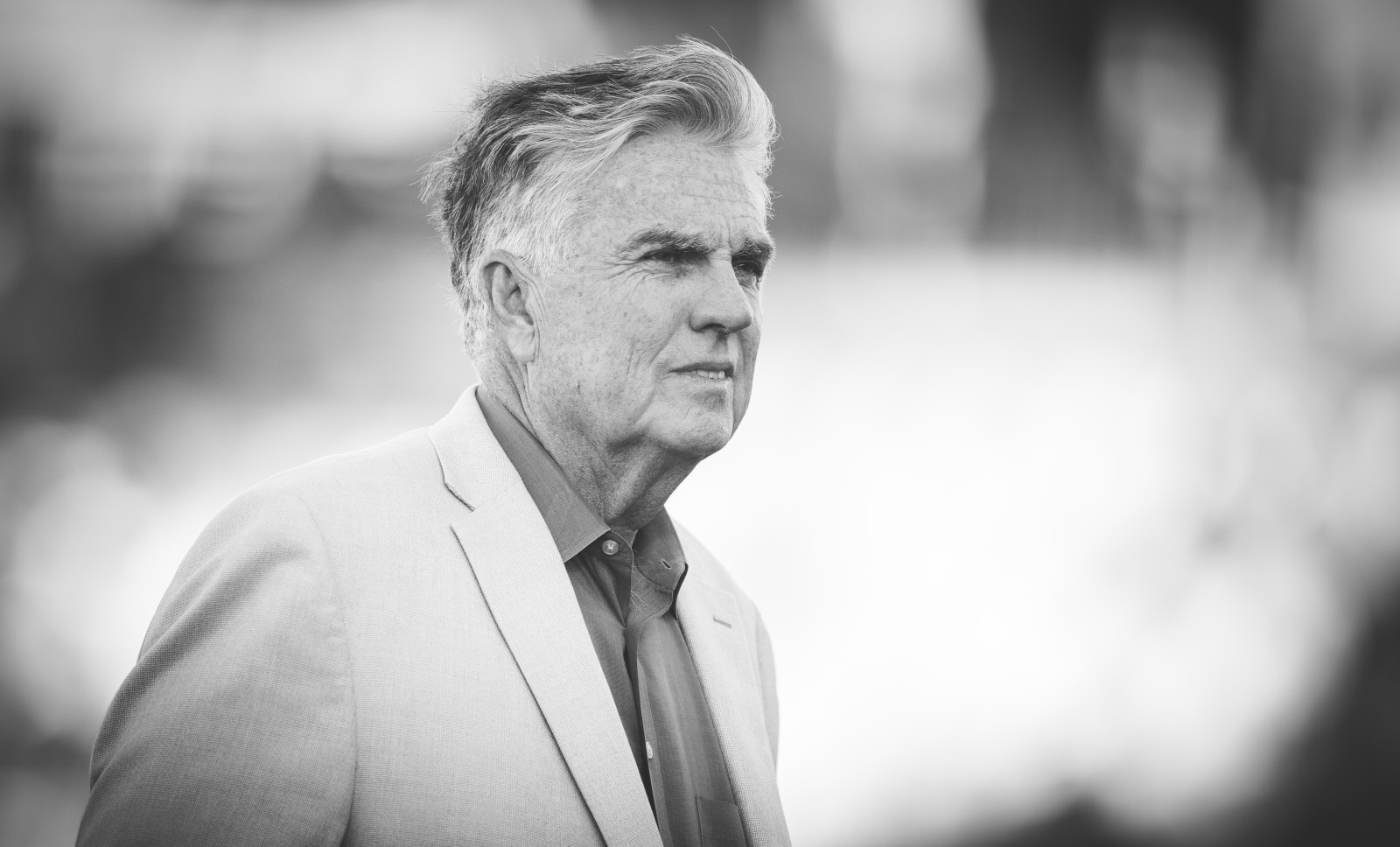 It was an opportunity to welcome someone back to the family.

The Toronto Argonauts did just that when they officially announced that Jim Barker had rejoined the team in the role of senior advisor.

“We were both with Don Matthews here in 1997,” General Manager Michael “Pinball” Clemons told Argonauts.ca. “And Coach Mathews was probably the guy we learned the most from in this game. He (Barker) matches what I believe to be winning football and he also matches in the temperament department; he’s known to have developed strong relationships with his players and coaches.”

“He has experience on both the player personnel side as well as the coaching side,” said Clemons. “He’s here to help us play winning football. We’re not going to say, ‘He is going to do this,’ or, ‘He is going to do that.’ Vince Magri has done a phenomenal job evidenced by the number of Canadians on the field that we drafted; Vince led the charge on preparing us for the Canadian draft.”

For Magri, the promotion continues his rapid rise in the organization. He started as the Argos video coordinator in 2013 and has seen a continual accumulation of responsibilities.

“There’ll be more contract negotiation and more decision making when it comes to player personnel,” Magri told Argonauts.ca in an interview. “It’s a little more all-encompassing because of that title, it’s now not specifically scouting, it’s not just scouting Canadians.”

In a way it’s a bit weird for Magri, who is now working alongside Barker, when it was Barker who hired Magri to join the Argos in 2013.

“I’m going to lean on him heavily because he’s seen everything, he’s done everything; from position coach all the way up to G.M.,” Magri explained. “He’s won at every step along the way. To be sitting with him in a room with him and be able to talk personnel and talk theories and philosophies and players is awesome.”

Barker returns to the organization for a third time. He first joined the club in 1997 as a combination offensive line coach/co-offensive coordinator with John Jenkins. He would eventually be elevated to head coach in 2010.

After his first time in Toronto he spent six years in Calgary, where he would win a Grey Cup as Vice President and Director of Player Personnel in 2004. Barker returned to the Boatmen in 1999 as head coach and would assume the title of general manager in 2011.

It was in this role Barker pulled off his best moment as a GM, acquiring Ricky Ray in a trade with Edmonton, a deal that would springboard the Argos to Grey Cup wins in 2012 and 2017.

Barker moves back into a football ops role after spending the 2021 season as a panelist on TSN’s CFL coverage. He loved the experience but wanted to get back into the day-to-day pressure of working for a team.

He said that one the scale of 1-10 the surprise of Clemons asking him to rejoin the Argos was about a nine, but being able to have input in the personnel, management and coaching departments – all areas where he’s excelled – makes a lot of sense.

“It is a perfect job that way,” he told Argonauts.ca. “I have a ton of respect for Michael; the job he’s done and who he’s surrounded himself with. I don’t know if it’s the perfect job, but it fits a lot of things that I’m looking for at this time in my life.”

It’s also an opportunity to come back to Toronto. He’s already purchased a condo within walking distance of BMO Field. For Barker, it just feels like home.

“I’ve never lived ten years in other city, and I lived ten years in Toronto,” said the USC grad before taking a trip down memory lane. “I became a head coach in my third year (with the Argos). It was my first head coaching job and it’s where I first fell in love with the CFL.”

Russell is the fourth member of the group and will primarily focus on the salary cap, almost a full-time job in itself in this era. He’ll also increase his input in terms of scouting.

“He’s done a great job when it comes to football operations and football administration on point,” Magri said of Russell, an Ancaster, Ontario native. “He’s going to have a hand in contracts, both negotiating them and drawing them up. “He’s going to take the lead on our salary cap tracking. He’ll also have a big hand in scouting and player personnel and continue to grow in that role and be someone that we can lean on and depend on.”

The new Dream Team is now officially in place, making a strong debut during free agency, now preparing for the fast approaching draft and 2022 season.