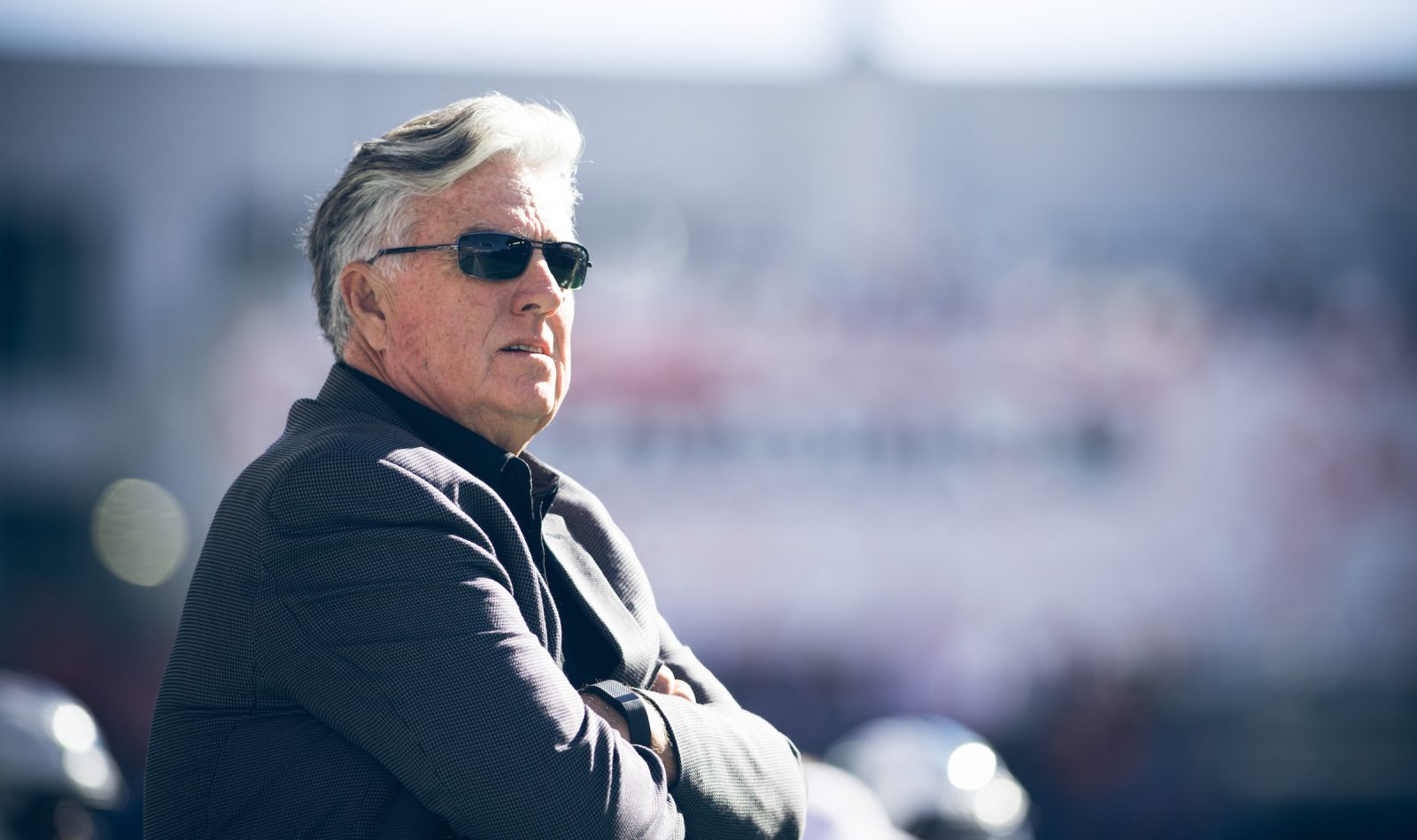 TORONTO – The Toronto Argonauts Football Club announce the hiring of Jim Barker as Senior Advisor, the promotion of Vince Magri to Assistant General Manager and Alex Russell to Director of Football Operations and National Scout. The trio will work alongside General Manager Michael “Pinball” Clemons.

Barker returns to Toronto for the third time in his illustrious career and brings with him over 40 years of football experience. The Pasadena, California native spent 2021 as part of TSN’s coverage of the CFL as an analyst on the network after two years with the Hamilton Tiger-Cats, where he began as offensive assistant before being elevated to offensive/special teams assistant and personnel consultant in 2020.

Barker had tremendous success the last time he donned Double Blue from 2010-2016. The Argos made Barker their head coach on February 9, 2010 and he wasted no time turning a 3-15 team in 2009 into a 9-9 team that played its way into the Eastern Final and helped Barker take home CFL’s Coach of the Year honours. The next season Toronto would name Barker their general manager, a position he would occupy until 2016, and in those six years the GM would bring in 2012 Coach of the Year Scott Milanovich, trade for superstar QB Ricky Ray and guide the Boatmen to a historic win in the 100th Grey Cup in 2012 on home soil. His first stint with the 17-time Grey Cup champions came in 1997 when he was the co-offensive coordinator for one of the greatest offences in CFL history, a season he would capture his first Grey Cup championship. He would be named head coach two seasons later in 1999, making him the youngest head coach in the CFL at 34 that year.

Before coming to Toronto in 2010, Barker excelled as an executive with the Calgary Stampeders from 2005-2009 under various capacities including general manager, senior vice president of football operations and director of personnel. Once again he catapulted a team with only four wins in 2004 to a second-place finish and 11 wins in 2005. After joining forces with John Hufnagel, who was hired in 2007, Calgary would win the Grey Cup in 2008 and the Stamps would make the postseason five consecutive seasons while Barker was an executive. Barker’s first introduction to Calgary came in 2003 when the team hired him as their head coach.

Barker began his CFL coaching career as an assistant in 1996 with Montreal, a year the Alouettes would go on to set a then team record with 12 wins. He would return to Montreal in 2002 as offensive coordinator and quarterbacks coach helping lead Anthony Calvillo and the Als to their first Grey Cup win in over 20 years. His introduction into coaching football started in the U.S. college ranks from the late 1970’s to the mid 1990’s with San Francisco State, Occidental, New Mexico State, Nevada and Pomona-Pitzer. He has coached at every level of the NCAA, a feat not accomplished by many. The USC graduate has led his teams to three professional championships as a coach; two Grey Cup wins in 1997 and 2002 and an XFL championship in 2020 as the offensive coordinator of the Los Angeles Extreme and has been instrumental as an executive in two other Grey Cup triumphs in 2008 and 2012.

Magri is in his tenth year with the Argos and is being elevated to Assistant General Manager after a promotion to Director of Scouting in 2021, where his role included identifying and evaluating talent from USports, NCAA, and the NFL, while coordinating the Argos draft process. The executive’s additional duties include negotiating and executing contracts, managing the negotiation list, handling daily roster transactions, providing pro-scouting reports on the personnel of each week’s opponents and is actively involved in all areas of scouting, including visiting NFL training camps, U.S. All-Star games, NCAA pro days, and free-agent workouts. Magri joined the Argos in 2013 as a video coordinator before being promoted to Director of Canadian Scouting in 2014, a role he would occupy until 2021, while helping the Argos capture the Grey Cup in 2017. The Toronto native was instrumental in drafting Canadian talent such as All-Stars Sean McEwen, Peter Nicastro & Kurleigh Gittens Jr., as well as productive players such as Declan Cross, Robbie Smith, Shane Richards, Jamal Campbell, Sam Acheampong, and more.

Magri grew up in the city of Toronto and began playing minor football at the age of six for the North York Grizzlies and later for the Etobicoke Eagles. He attended St. Michael’s College in Toronto before moving to McMaster University from 2006-2010, where he played both guard and centre as a 4-year starter on the offensive line, while obtaining a Bachelors Degree in Geography. The former McMaster Marauder immediately began his journey working in football at the University of Toronto in 2011 as an assistant offensive line coach, video coordinator and recruiter before a move back to his alma mater a year later in the same role. Magri has worked extensively with several prominent Canadian football figures such as Stefan Ptaszek, Jim Barker, Scott Milanovich, Chris Jones, Jim Popp, Mark Trestman, and now Pinball Clemons.

Russell joined the Argos in March of 2019 to help oversee the football operations of the club, and is being promoted to Director of Football Operations and National Scout. The Western University alum has a multitude of responsibilities that include overseeing the planning of training camp, team travel, the on-boarding process for new players, helping manage the salary cap, assisting with the Argos CFL Draft and will take on a greater scouting role going forward. Russell has attended numerous combines and all-star games on both sides of the border to help identify and evaluate talent for the club. Prior to joining the Argos, Russell was the Coordinator of Football Operations for the Hamilton Tiger-Cats from 2016-2018.