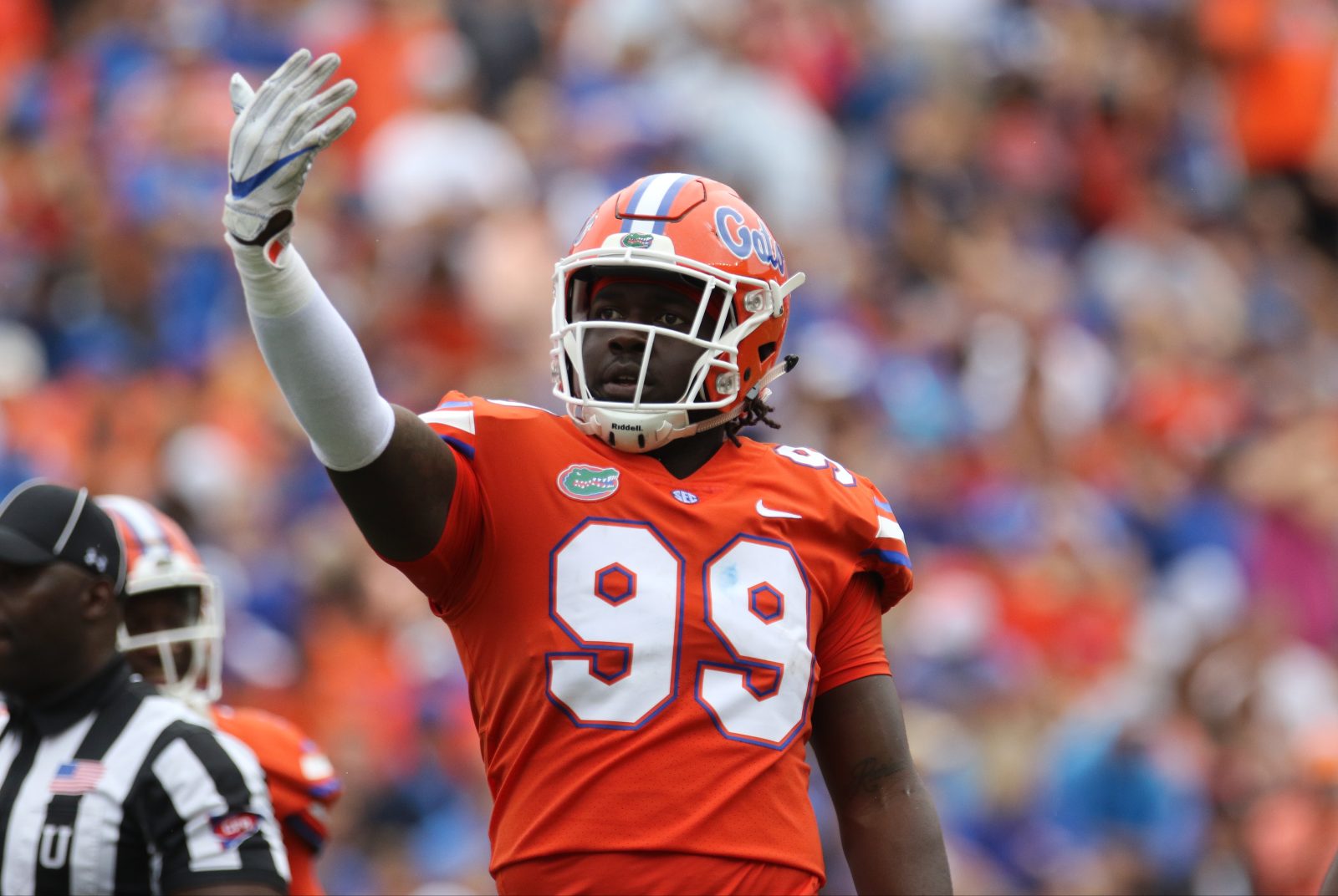 during the Gators' game against the Vanderbilt Commodores on Saturday, September 30, 2017 at Ben Hill Griffin Stadium in Gainesville, FL / UAA Communications photo by Madison Ross

Polite, 6’3 and 258lbs, played 11 games for the Los Angeles Rams in 2020, tallying four tackles and one sack. The 23-year-old Florida native was a third-round draft choice of the New York Jets during the 2019 NFL Draft after being named First Team All-SEC after his 2018 Junior season at The University of Florida. The three-year Gator (2016-2018) totalled 43 tackles, 28.5 tackles for loss, 15 sacks and eight forced fumbles in 29 career games.