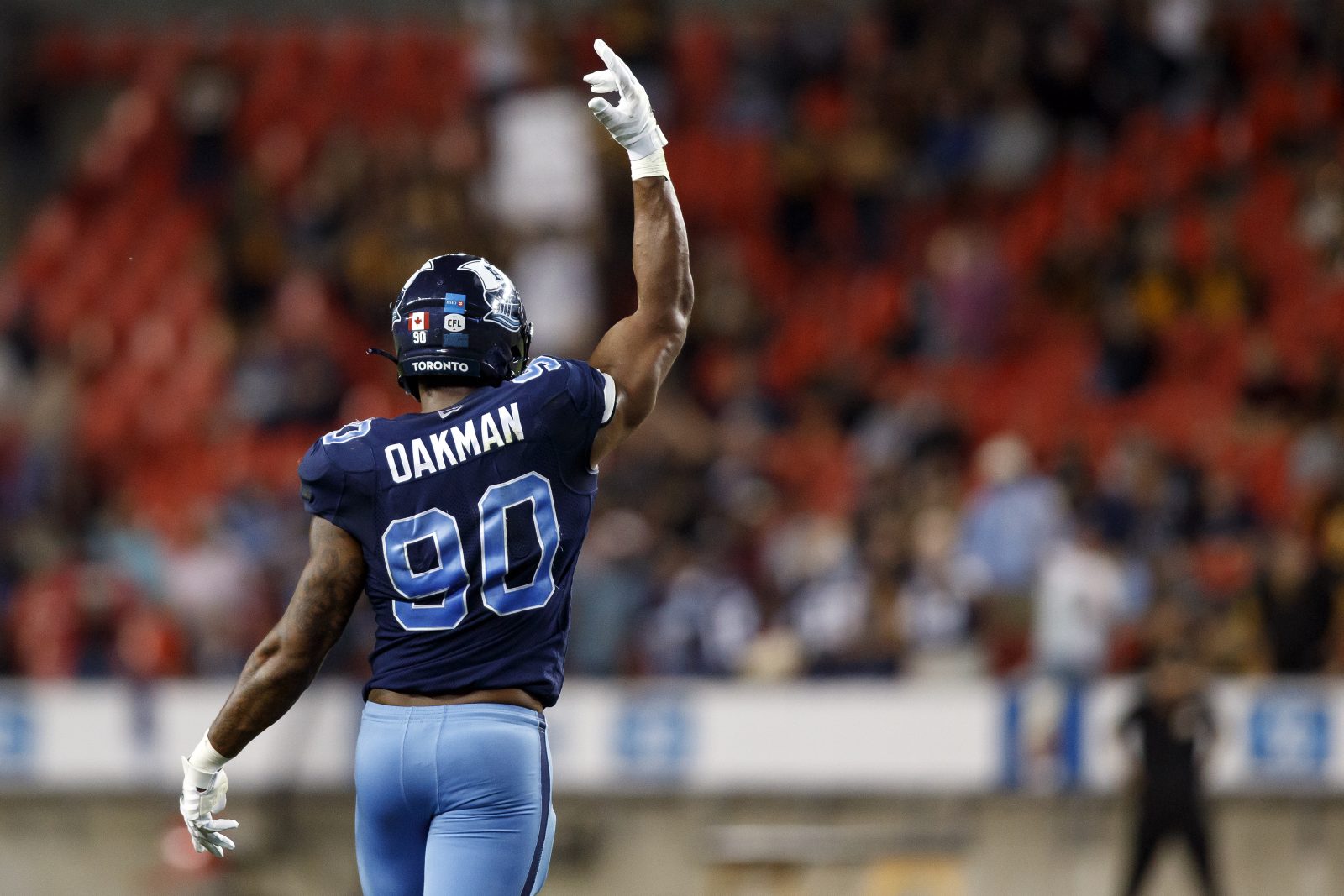 Toronto Argonauts defensive lineman Shawn Oakman (90) pumps up the crowd in the second half of their CFL football game against the Hamilton Tiger-Cats in Toronto, Friday, Sept. 10, 2021. THE CANADIAN PRESS/Cole Burston

TORONTO – The Toronto Argonauts announced today that American DL Shawn Oakman and American LB/DB Chris Edwards have been named 2021 CFL All-Stars. The All-Stars were selected by 50 voters comprising members of the Football Reporters of Canada and the league’s head coaches.

Edwards was all over the field in his first season with Toronto, posting 38 total tackles and three sacks while intercepting three passes for a league-high 162 yards and two touchdowns. The four-year CFL veteran’s three picks were a career-high and tied for third most in the league this season. The 28-year-old played all 14 games this season and was tied for first on the Argos in interceptions, tied for second in sacks and fourth in total tackles. This is the first time an Argo linebacker/defensive back has won a CFL All-Star award since 2013 (Pat Watkins).