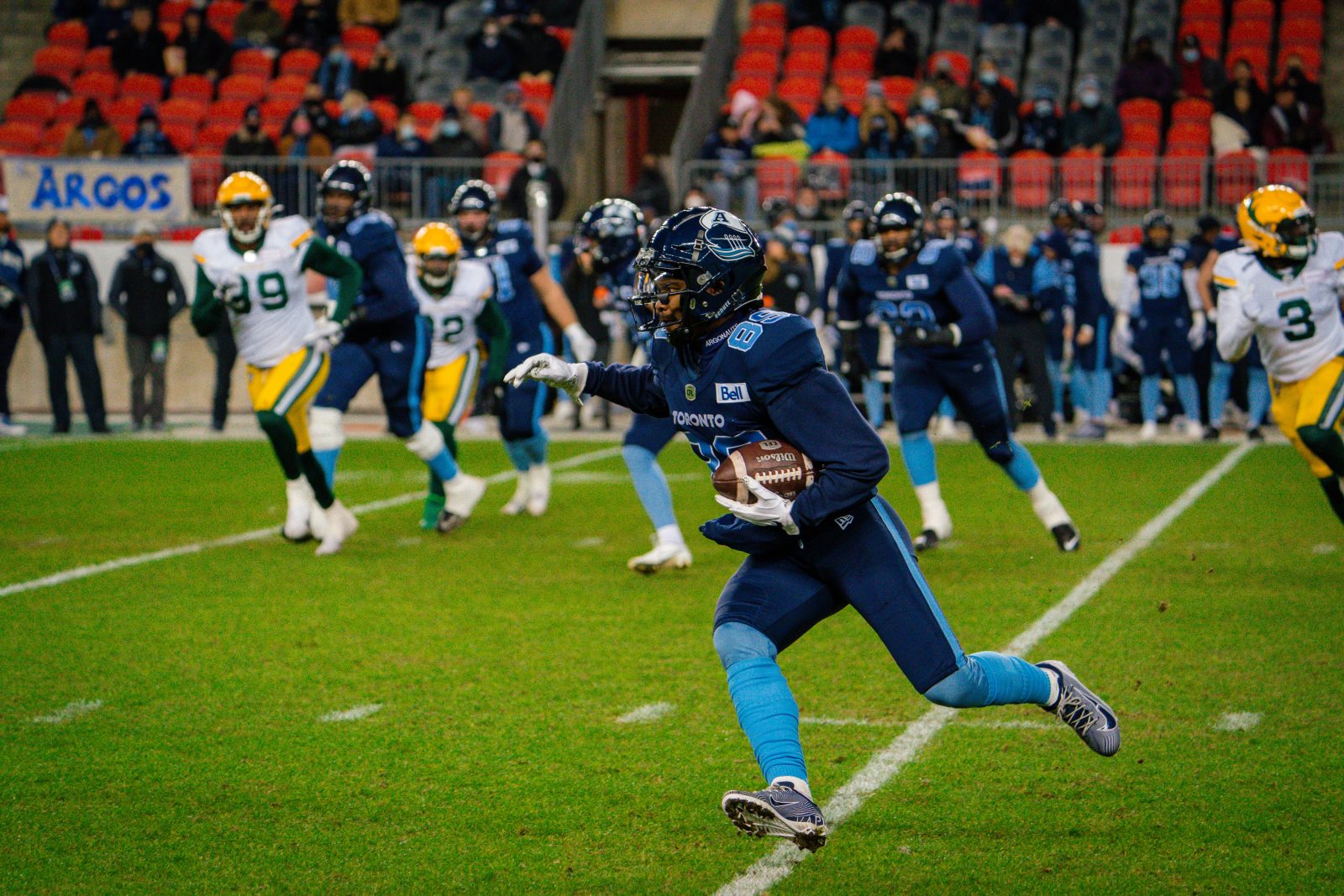 Baker, Toronto’s sixth-round pick during the 2021 CFL Draft, spent time with the Argos in training camp this year but chose to return to the University of Saskatchewan for his fourth-year with the Huskies. This turned out to be a good decision for the 6’3, 210lb receiver who was named a Canada West All-Star after leading the Huskies with 350 receiving yards and four touchdowns in 2021.

Phillips, 6’0 and 200lbs, spent the 2021 campaign with the Argos, seeing action in one game where he caught two passes for 20 yards against Edmonton in Week 16. The Virginia Tech alum was the XFL’s leading pass catcher in 2020 after hauling in over 450 yards in just five games. Phillips also spent time in the NFL with the Buffalo Bills in 2018 and 2019, catching one pass in two games for the AFC East team.

McFadden, 6’2, 205lbs, participated in training camp with Toronto this season but was released prior to the start of the regular season; he was then signed back in November. The Florida State product was a member of the Tampa Bay Vipers of the XFL in 2020 playing five games and tallying 10 tackles and two interceptions before the league ceased operations in April. The 24-year-old DB spent time in the NFL between 2018 and 2019 with San Francisco (twice), Indianapolis and Detroit.

Carbone, 6’3 and 225lbs, played five games in 2021 with the Windsor Lancers after a four-year career (2016-2019) at Mercyhurst University in Pennsylvania. The Ridgeway, Ontario native played 21 games for the Lakers over his four seasons.

Jones, 6’2 and 235lbs, played for the Iowa Barnstormers of the Indoor Football League in 2021 tallying 71 tackles, 3.5 sacks, two fumble recoveries and one forced fumble in 10 games. The Florida native played two years at Texas Tech University (2017-2018) where he notched 77 tackles, eight sacks, three fumble recoveries and an interception in 24 games for the Red Raiders. Prior to Texas Tech, Jones played two seasons at Butler Community College in Kansas. Jones signed with the Los Angeles Rams as an undrafted free agent in 2019