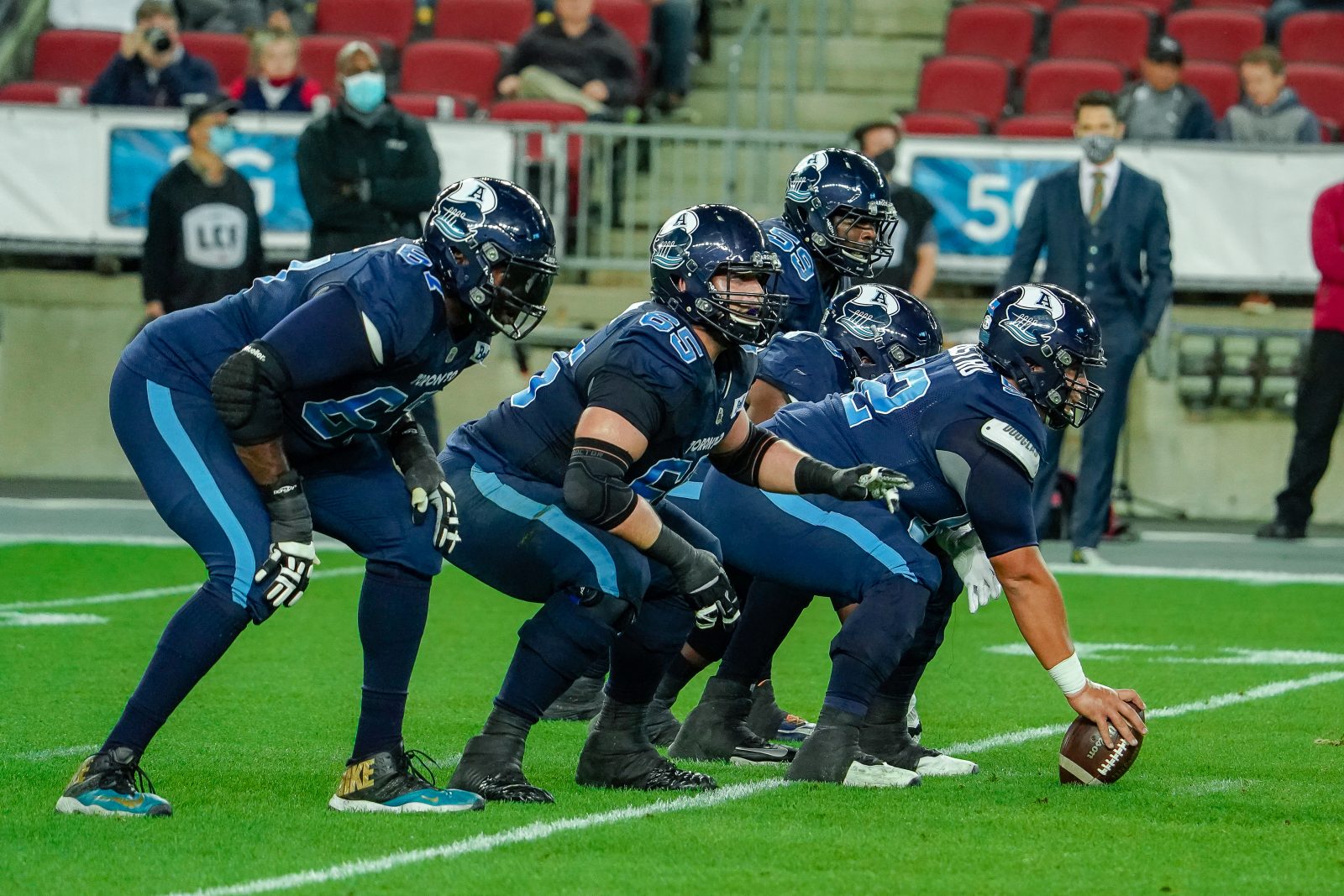 TORONTO – The Canadian Football League announced today that two first-year Argos; Head Coach Ryan Dinwiddieand Offensive Lineman Peter Nicastro are up for Coach of the Year and Most Outstanding Rookie, respectively, at this year’s CFL Awards, which take place on December 10th at 6:00 p.m. at the Hamilton Convention Centre. 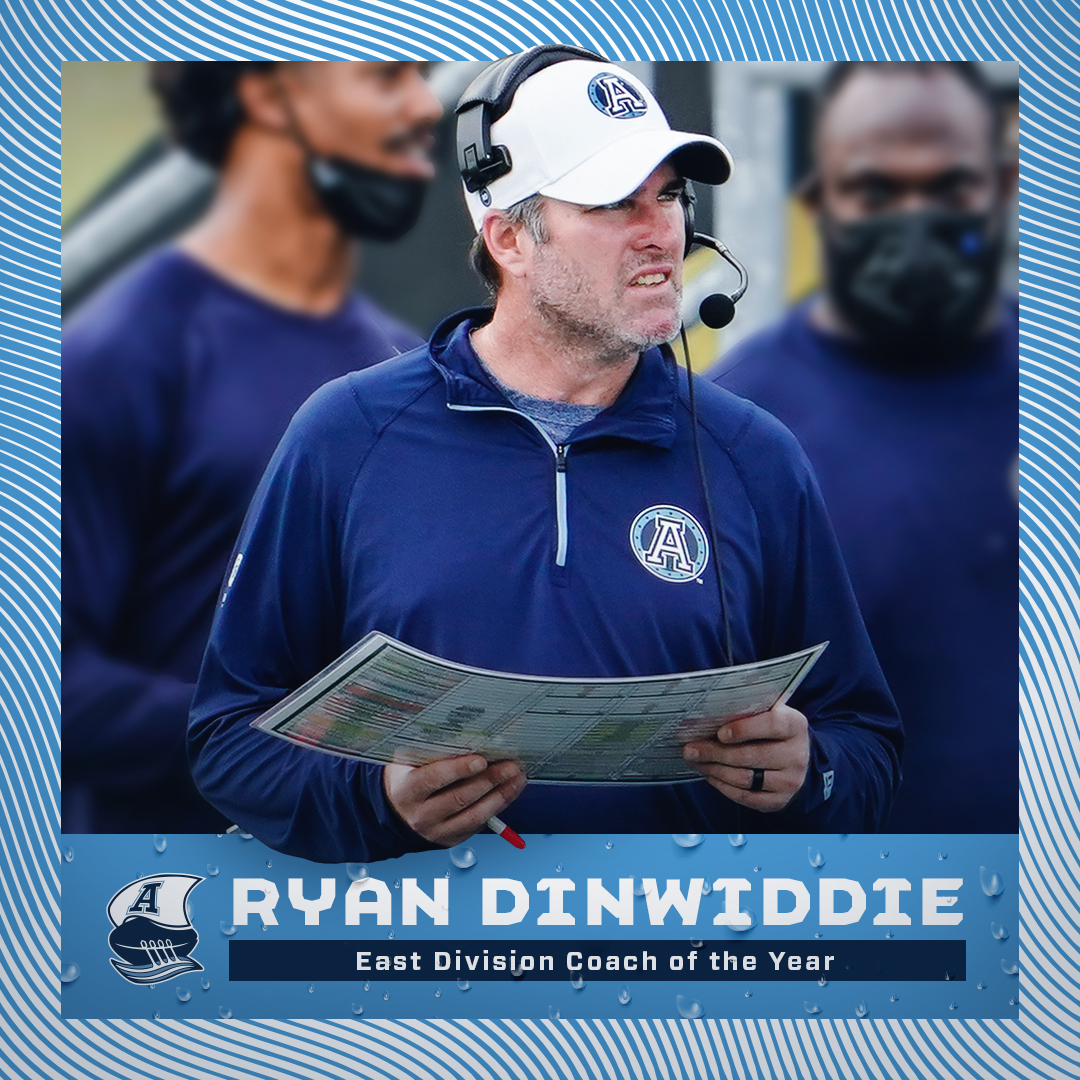 Dinwiddie, hired in December of 2019, had to wait a long time for his head coaching debut after a cancelled 2020 season but two years after being tabbed the 45th head coach in Argos history, the California native will be coaching for a chance to play in the Grey Cup. The former CFL QB successfully turned around a Boatmen team that won eight games over the previous two seasons by guiding the Argos to first place in the East Division after a nine win campaign in 2021. Dinwiddie coached Toronto to a 6-1 home record in 2021 and an impressive 6-2 record against East division opponents. Winnipeg Head Coach Mike O’Shea is the West Division nominee for Coach of the Year. 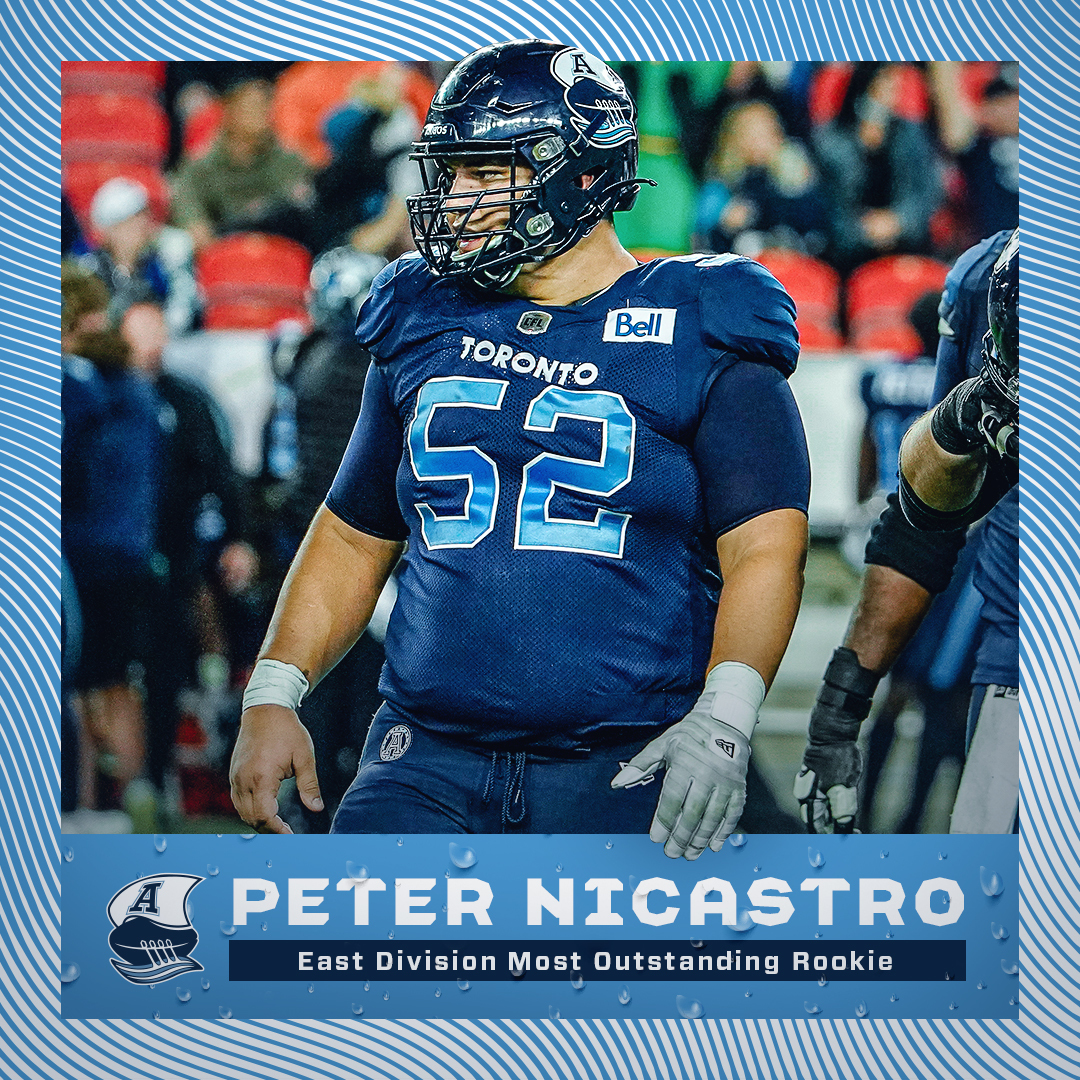 Nicastro was drafted seventh overall in 2021 and started all 11 games he played this season at two different positions on the offensive line. The Calgary native started at guard where he played the first three games this year but an injury to starting centre Philip Blake forced Nicastro into seven starts at the centre position before an injury ended his regular-season. The former University of Calgary Dino was an integral part of Toronto’s offensive line that allowed the third fewest sacks (32) and threw for the third most passing yards (3,664). Nicastro will go up against B.C.’s Jordan Williams for the Most Outstanding Rookie Award.