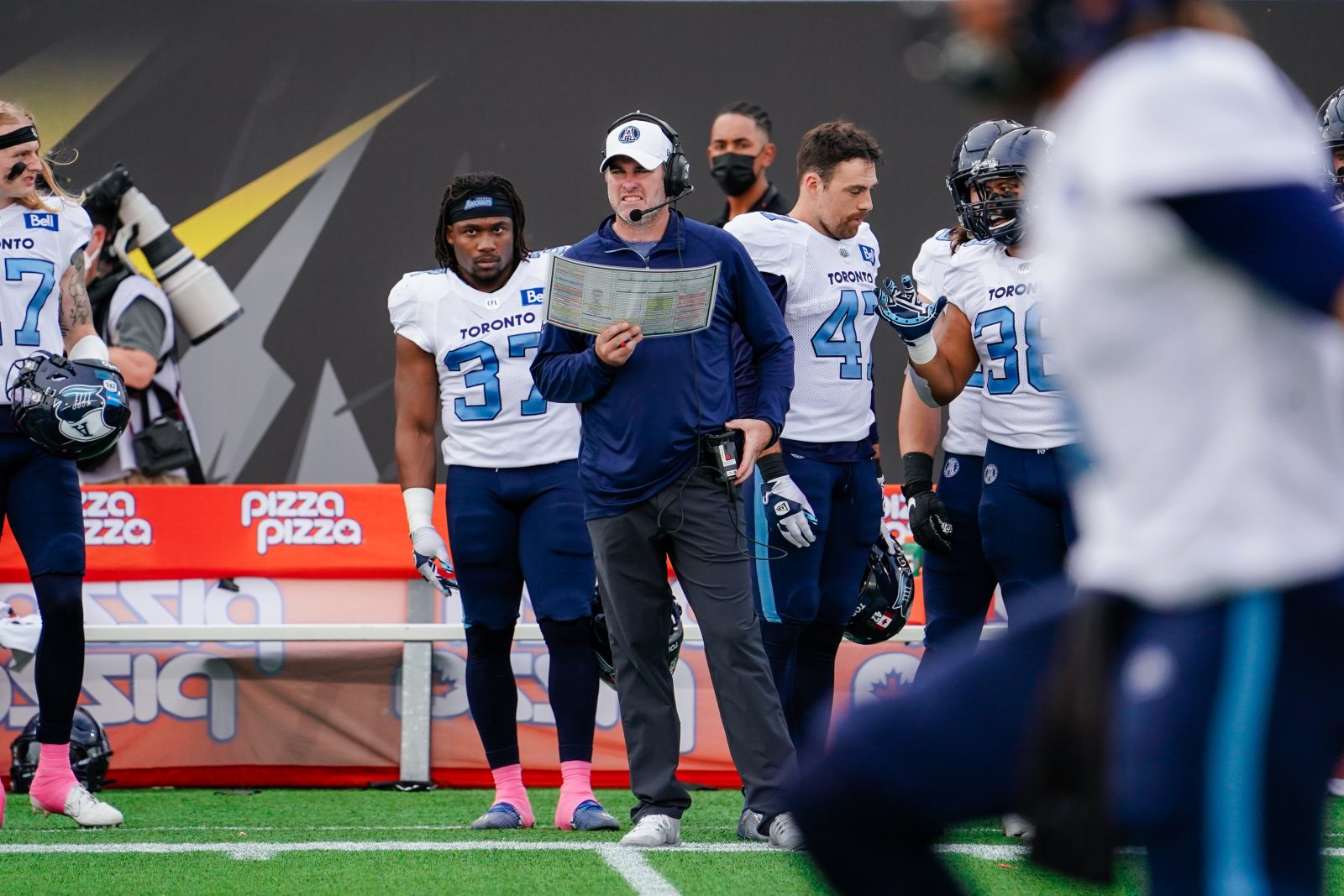 It’s an age-old question in sports; will a team on a break benefit from the rest or be hurt by the potential rust caused by an extended layoff? For the Toronto Argonauts, Head Coach Ryan Dinwiddie will be acting as a galvanizer in every sense of the word.

The first-year boss has done a masterful job overcoming an incredible number of injuries suffered by his team to lead the Argos to first place in the East and a first-round bye in the CFL playoffs.

There’s a wrinkle added though for the Double Blue. They had the scheduled bye for the final week of the regular season. Couple that with their last game against Edmonton meaning nothing in the standings, the Argos will enter the Eastern Final on December 5 at BMO Field with a whopping 23 days between meaningful games, the last one being their division clinching win over the Tiger-Cats on November 12.

The temptation may have been to scour every frame of every game played by both the Tiger-Cats and Alouettes this year, but Dinwiddie wanted his coaches to be fresh when they started prepping for their next opponent.

“I said just take four days off (after the Edmonton game),” Dinwiddie said in a Zoom media conference. “It was just good for guys to recharge the battery, spend some time with their families and get away from it a bit.”

One thing the staff will be able to do is self-scout a bit more, something that can fall through the cracks during the season because the majority of time is spent preparing for an upcoming opponent. A detailed breakdown of their own tendencies is a luxury provided by this extended break.

“Normally we’d do it twice,” said the coach. “We have three byes. We have a bye week early on, we don’t use that bye week to do it, so normally two of the three byes you look at it, watch the film and then you have your FastStats. We can look at which concepts do well, which ones do not, which of our plays in the run game work, or in our screen game.”

A look through the magnifying glass can give a team a better look at what it’s doing right, or what it’s been doing wrong. Dinwiddie gave examples of what they may see when they look into that lens.

From a coaching perspective the additional time is a spectacular advantage in terms of preparation. For the players, many would have loved to have played immediately following the 31-12 win over Hamilton, the Argos best game of the season.

But the additional down time might be a gigantic advantage for some of the injured players, a couple of whom may be ready to return for the game on December 5.

Dinwiddie had good news on two of the veterans who have been out for a while; Eric Rogers and Dexter McCoil Sr.

“Eric’s going to be back,” said the coach. “We could have played him in the last game. I just didn’t feel like we needed to get him on the field. I trust Eric, I’ve seen him come from the six-game (injured list) and go and play and make big plays in the Western Final to get us in the Grey Cup. I trust Eric, I know he’s a gamer and he’ll show up ready to go. Dexter is fighting the elbow a little bit, but he seems like he’s ready to go. He’s lifting weights, he’s getting his range of motion back, so I think both of those guys will probably be available.” 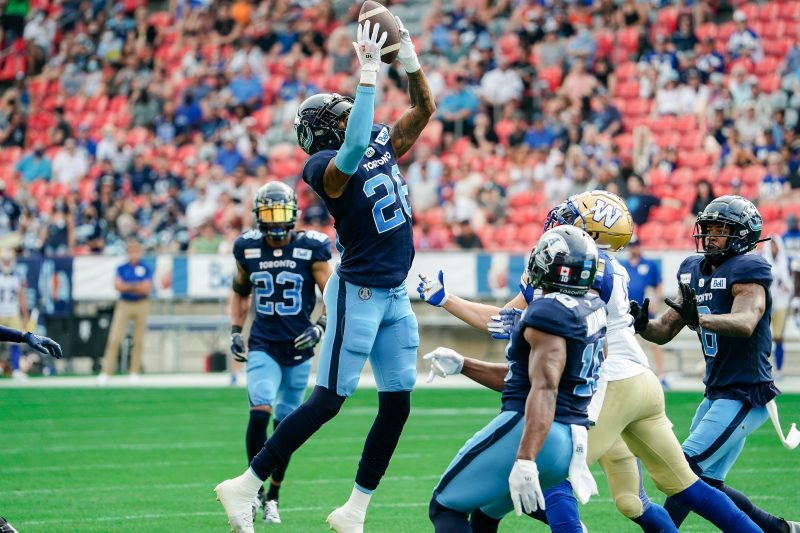 The time off helps that pair, particularly McCoil. But there’s a concern that coming off such an extended break the club may not be running at full speed from the opening kickoff. That potential early sluggishness is what worries Dinwiddie the most.

“You haven’t played in forever. It’s almost like the first game of the year, you usually struggle a little bit. You get a little bit of time in the pre-season, but you’ve been off for six months. We understand that. We’re going to be off almost a month and it’s happened; you’ve seen it in numerous Eastern and Western Finals where the team that had home field advantage just doesn’t come out of the gates and ends up losing the game.”

Dinwiddie and his staff will spend the next few practices introducing some new plays and working on fundamentals, while making sure they don’t wear out the team either mentally or physically. It’s all in attempt to try and ensure a relatively quick start.

“I’m sure we’re going to have our moments. We’re not going to come out and play a perfect game from the start, but we’ve got to find a way to come out of the gates and be able to execute.”

The Eastern Final will be played at BMO Field on December 5 with a 12:30 kickoff time. Tickets are available here.