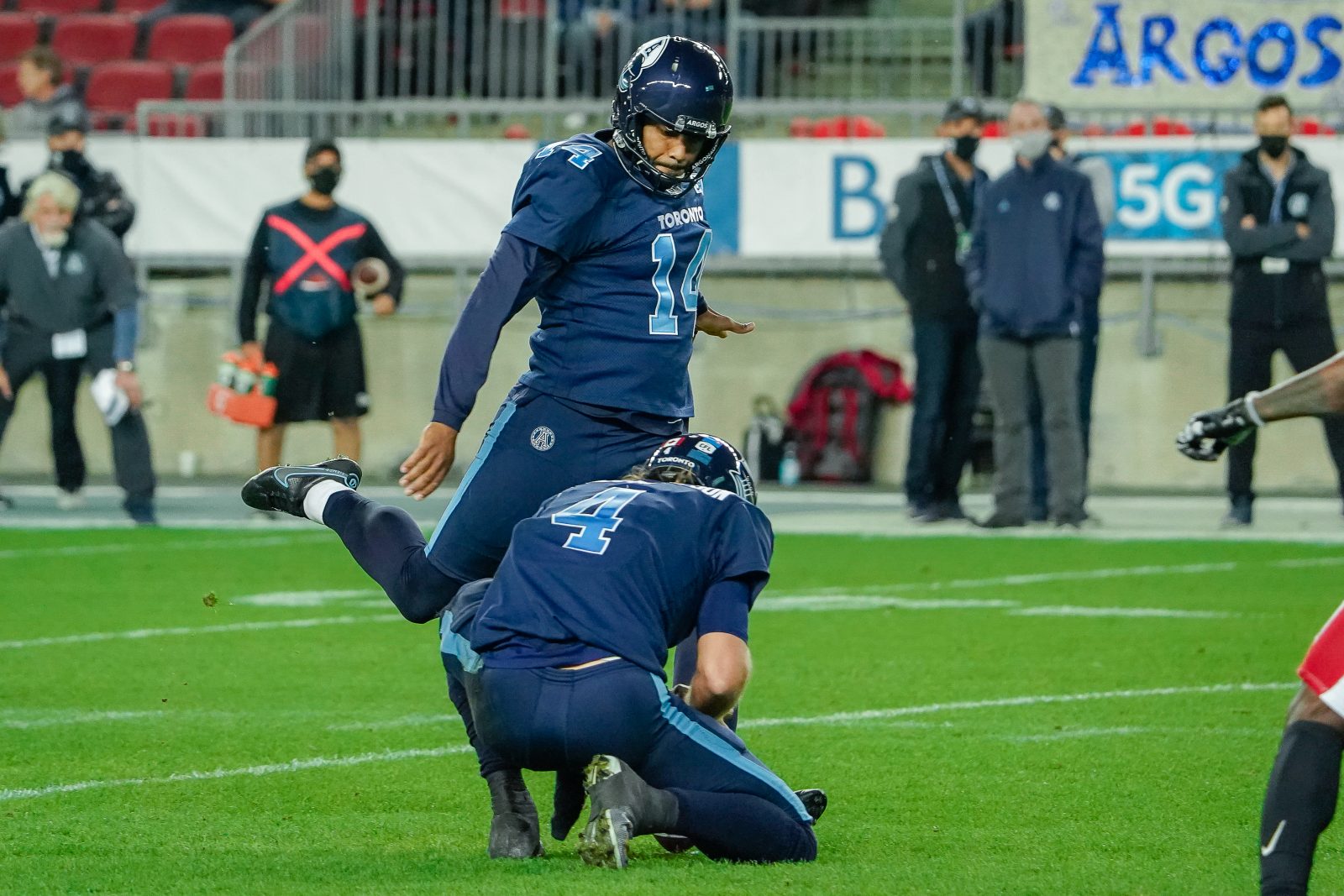 TORONTO – The Canadian Football League announced today that Argonauts K/P Boris Bede has been named a top performer for the month of November.

November has been good for Boris Bede. Not only did he celebrate a birthday four days ago but has now been named a CFL Top Performer for the month. The six-year veteran went eight-for-eight in two November games including a five-for-five night on November 2 against B.C. that included two bombs of 50+ yards in an overtime win. The Laval product has kicked 14 straight field goals dating back to October and is 28-of-33 on the season, good for nearly 85%, the fourth highest average in the league this year. Bede’s six boots over 50 yards this season are the most in the league by a wide margin and two off the all-time record. He was a Top Performer for his game against B.C., was named a East All-Star earlier today and is Toronto’s nominee for Most Outstanding Special Teams Player.