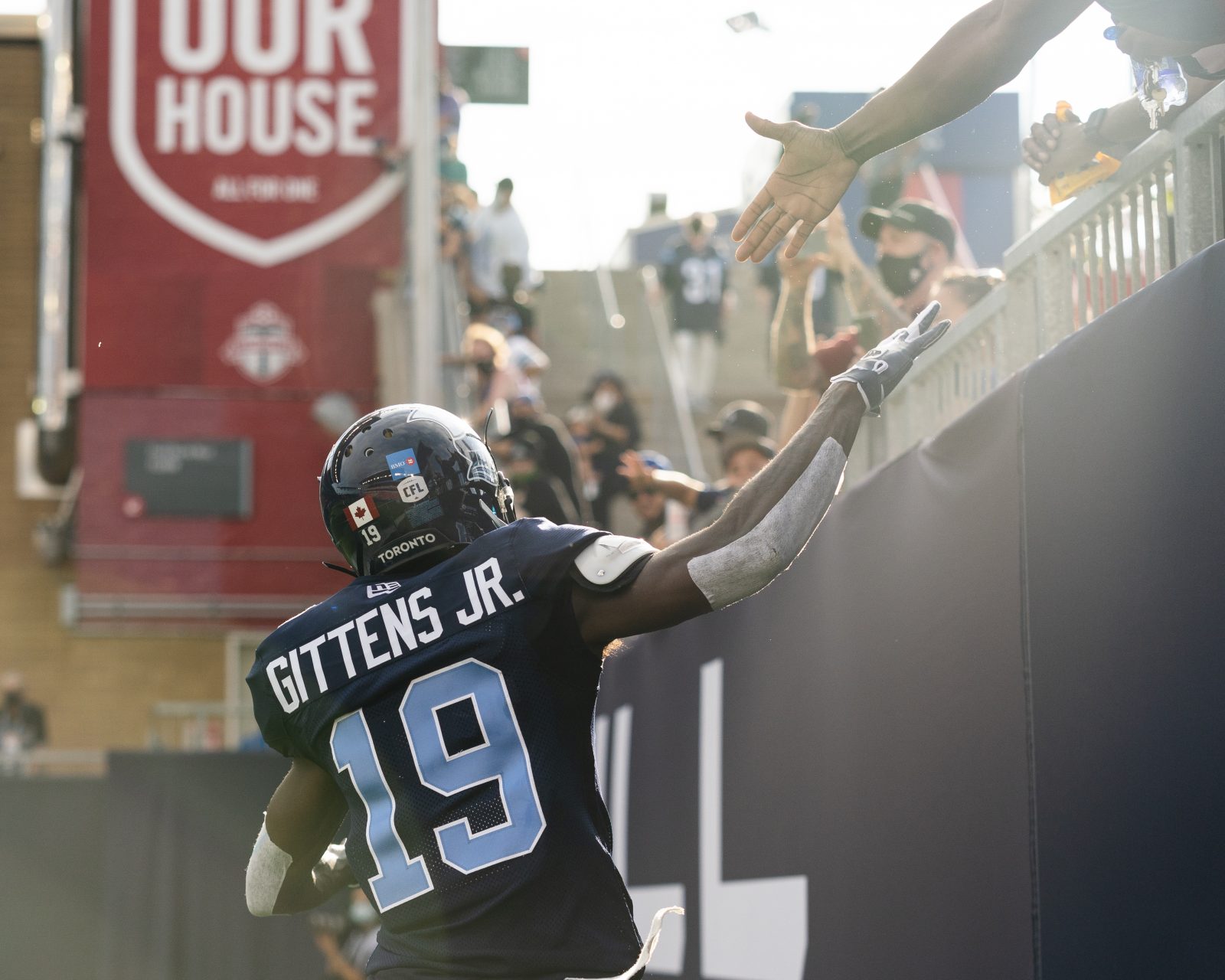 He sat in in front of the logoed backdrop, ready to take questions from the media. It could have been a night of celebration for Argo receiver Kurleigh Gittens Jr.; after all, he just had the best individual game of his young CFL career and it was the first time he had been asked to represent his team in a post-game media Zoom conference call. But the Argos had just lost to Montreal and Gittens would have rather been anywhere else.

The first reporter called upon in the virtual scrum congratulated Gittens on his eight catch, 116-yard performance. The receiver looked somewhat awkward, replying that there was nothing to celebrate because his team had just lost.

It was as uncomfortable a position that the second-year Argo could find himself in as he doesn’t like public speaking. Born in Guyana before moving to Ottawa at age seven, Gittens was bullied as a child because of his accent and his discomfort with the English language, making public speaking a harrowing experience.

Listening to him speak now you’d never realize it. The accent is gone and he’s seemingly at ease in conversations with the media. Though he was uncomfortable in the post-game media cattle call, that was based more on the loss than the spotlight he found himself in.

It’s just another part of the developmental process Gittens finds himself in this season, not only becoming comfortable with the off-field media demands of a player having success but maturing as a receiver as well. His last two games have been his best as a pro; a seven catch, 105-yard effort in Hamilton, then his career-best in Montreal.

“It’s trusting the process,” Gittens said of his recent success. “You never know when it’s going to be your time, but all you can do is be prepared and when opportunities come try to make that play.”

He has, and of late he’s made them often. It’s not a surprise to anyone who saw him tear it up during his days at Laurier, a university career highlighted by a USPORTS record 75-catch, OUA MVP junior season.

Argo Receivers Coach Markus Howell has been impressed by Gittens’ development and knows it’s not by accident. When asked what is the main reason for the second-year pro’s emergence, the coach answered quickly.

“His preparation,” Howell told Argonauts.ca. “He has grown in that department, knowing what to do and when to do it. He’s asking the right questions in a classroom setting and then he’s able to apply it on the field. He’s playing really fast and he’s fearless right now.” 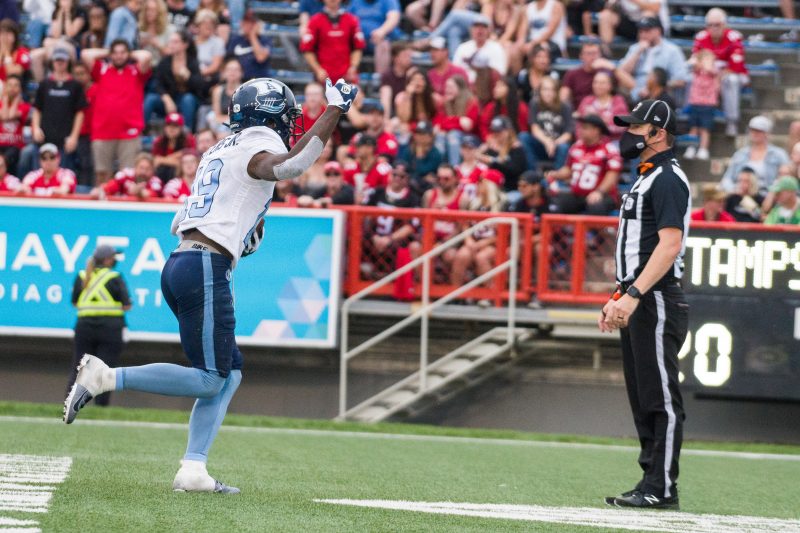 Gittens also spoke about his increased level of preparedness, both mentally and physically.

The mental side of things may have taken a hit when in 2020 the team signed Juwan Brescacin, then drafted Dejon Brissett with the second-overall pick in the CFL Draft. With Llevi Noel returning there was a sudden influx of depth among Canadian receivers, punctuated by the club’s addition Tommy Nield in the fourth round of this year’s draft.

The logjam didn’t get to Gittens, who continued to stay the course, adding an ingredient that may have been missing in his rookie year; confidence. He switched jersey numbers, slipping into the No. 19 he wore with the Golden Hawks. It’s all helped him play like, well, himself.

“For me it’s just playing more,” he explained to Argonauts.ca. “The more football you play the better you get; the more playing time and the valuable reps you get. Everything plays an important role to me. The more I play the more I feel comfortable out there and I get more confidence.”

He also thrives under this coaching staff. Having Howell, Offensive Coordinator Jarious Jackson and Head Coach Ryan Dinwiddie as teachers has really helped his progression, as well as his willingness to learn.

Howell says that Gittens can definitely become the same kind of dominating force he was in his days at Laurier.

“He’s making plays now. He’s a route technician, he takes pride in his technique and being able to separate downfield. What we’re noticing is that he’s also a dynamic ball-in-hand guy. We can get him the ball at the line of scrimmage and he’s able to make plays and move the sticks for us. He’s also physical; he’s a great perimeter blocker.”

That skill, overlooked by most fans, is essential to becoming an elite receiver. Gittens is well aware of the importance of his ability to block.

“It’s something that comes naturally to me,” he said. “It’s your mindset. It’s how you approach it. For me, if another receiver gets the ball, I’m going to make sure I’m doing my job and I’m doing it really well so that he can catch it and turn upfield. I have to spring him loose because I want my teammates, I want the other receivers or running backs, to know that they can come to my side and know that I’m going to give my best effort and they’ll have a chance to break the play. I do it for my teammates, I don’t want to let them down.”

That’s been Gittens mantra since he arrived; to be a great teammate and known for always giving his best effort. It’s paying off now and there’s no reason not to think it will continue long term.