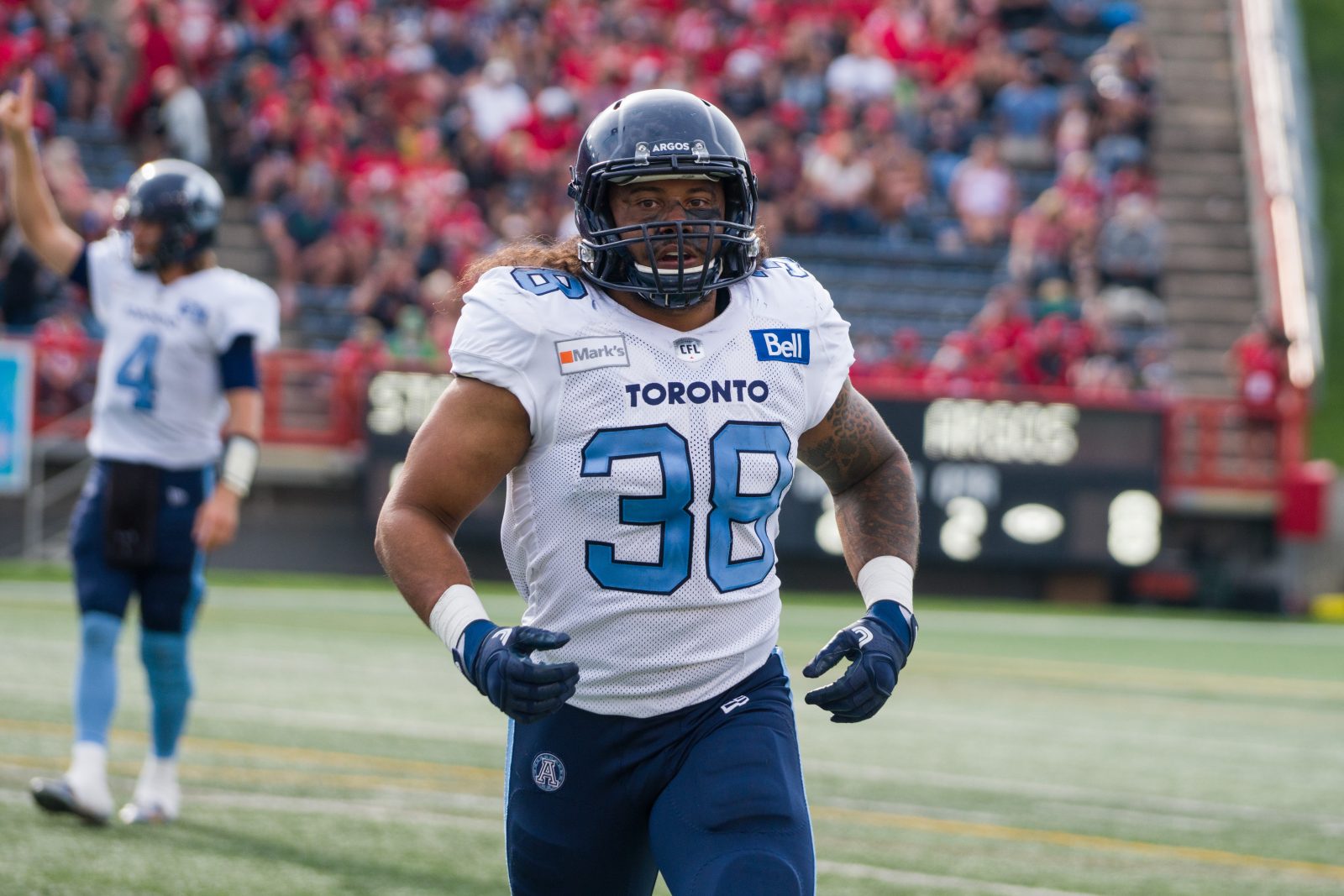 It’s been a recurring theme this season. The Toronto Argonauts have looked great at home; a 4-0 record, usually with the final score flattering the visiting team. Yet that same team looks like a completely different group on the road; falling behind early and looking undisciplined in the process.

The Argos look to correct that with a 4:00 kickoff Thanksgiving Monday at Hamilton’s Tim Hortons Field.

“The places we have played on the road are tough places to play,” Head Coach Ryan Dinwiddie told Argonauts.ca. “We went to Winnipeg and had to deal with the crowd noise. I think guys got over-amped for it, playing against the team that won the Grey Cup. Then we go to Saskatchewan with the atmosphere there. They got a little chirpy and we lost our focus there. Then it was the Hamilton game (on Labour Day). Those are the three toughest places to play.”

The coach has a salient point. Those three buildings are the toughest in the league, with the host teams posting a combined 11-3 home record this season. But Dinwiddie says it’s not just the opponents that led to those losses, many of the Argos problems have been self-inflicted.

“We didn’t handle ourselves emotionally,” continued the coach. “Mentally I thought we lost focus in all three of those games. Our focus this week is to be better at that.”

Declan Cross agrees with his coach. Now in his fifth season with the Argos, the fullback has seen the movie before; the one where the team self-destructs, usually in the second half, and almost every time the team plays in Hamilton.

The coach had four words of advice for his team in terms of cleaning up the disciplinary problems.

Cross will be playing in his 75th game as an Argo on Sunday, moving him ahead of the injured Llevi Noel and into second place among games played in Double Blue by players on the current roster – injured long snapper Jake Reinhart has the most tenure with 110 games played.

The veteran is bang on about discipline – or the lack thereof – being problematic in road games, and the numbers back him up. In their four home games the Argos have taken 23 penalties for 232 yards. In an equal number of road games the numbers balloon; 46 flags for a total of 409 yards.

To try mix things up the club did something highly unusual before a game played so close to Toronto. The Argos checked into a hotel in the Hamilton area to make sure they were as focused and well-rested as possible.

“I just feel like it’s a road game so we should treat it as one,” explained Dinwiddie. “It hasn’t worked for us making the trek the morning of the game. I like guys to sleep in and get some rest. Even as coaches it’s nice for us to finally get some sleep, I always sleep in on game days. With the importance of the game it’s what we needed to do. The organization did that for us, so the players know they’re doing whatever they can to help us win. We need to go and do our part and go get a win.”

Dinwiddie doesn’t want to make it seem like it’s an absolute must win but knows how important it can be should they grab the two points. Cross feels the same way, knowing it’s a huge game in terms of the standings.

He’s also got an idea of what the Argos need to do to beat the Ticats in Hamilton, something that’s only been done once since the Ticats moved to THF.

“To start fast everywhere,” said Cross, who plays on special teams as well as offence. “If we can get big plays right away on offence, defence and special teams within the first few drives we’re going to have a lot of confidence moving forward. That’s been a focus, starting fast in all three phases.”

The Argos have put themselves in a good position. They’re two points up on Hamilton with six games left and they have one more game face-to-face after Monday, which will be played in Toronto where the Boatmen are undefeated this year.

A loss hurts, but isn’t fatal to their hopes of winning the East. A win by the Argos goes a long way to not only building confidence but to help them achieve one of their goals this year, hosting the East Final.