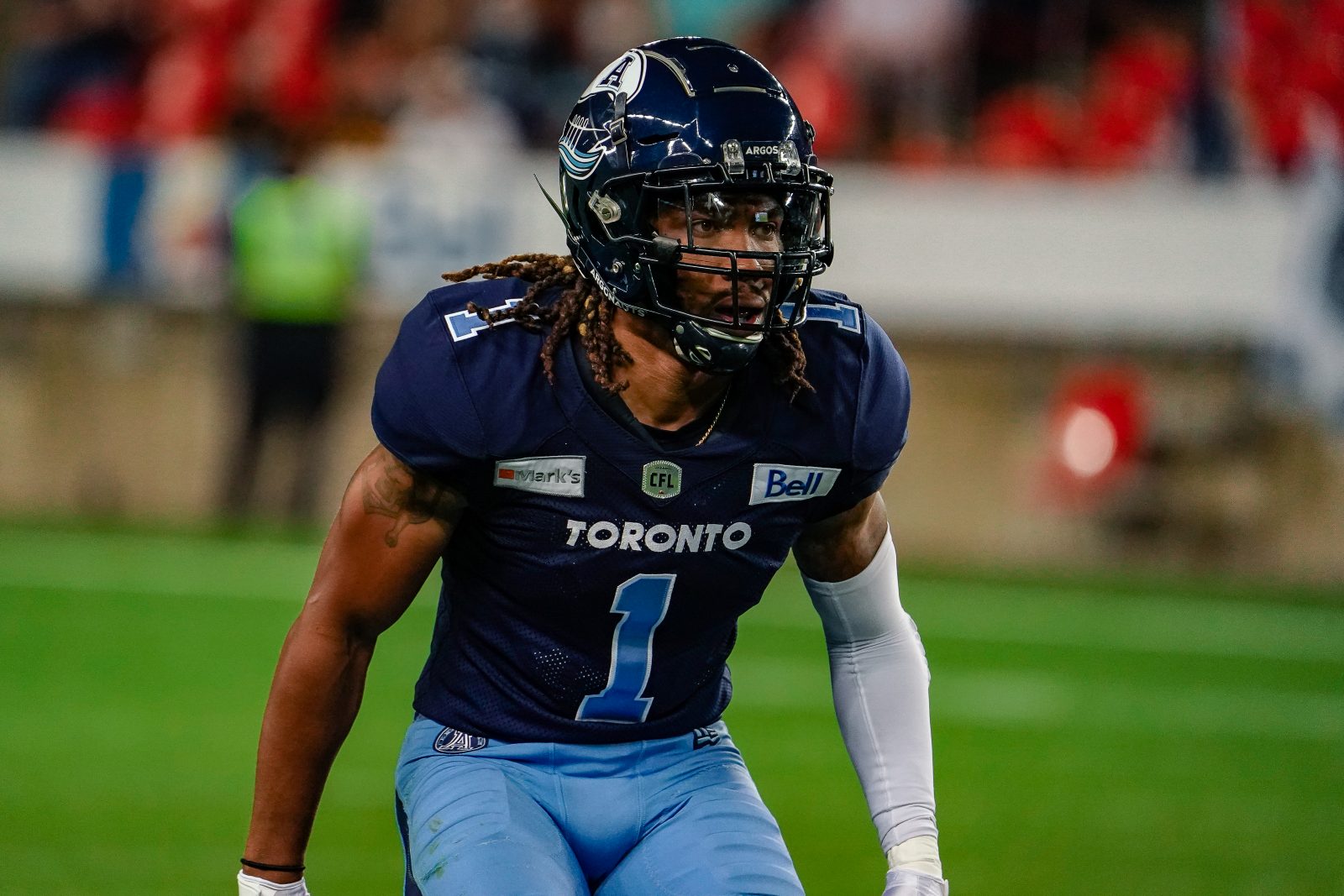 TORONTO – The Canadian Football League announced today that Argonauts DB Shaq Richardson has been named a week eight Top Performer for his performance against Montreal.

Richardson, making his seventh start of the season, intercepted Vernon Adams with just over four minutes remaining in a one-score game leading to an Argos field goal, which put the game out of reach for good last Friday night at BMO Field. The second-year Argo and four-year CFL veteran also chipped in with four defensive tackles, one special teams tackle and a forced fumble, which was recovered by the Argos. Friday’s interception was the California native’s first since a game-sealing fourth quarter pick of Bo Levi Mitchell in Toronto’s season opening win at Calgary. For the season, Richardson leads the Double Blue in interceptions (2), forced fumbles (2) and is sixth on the team in total tackles (18).

The Argos are currently on a bye week before they welcome Ottawa to town next Wednesday, October 6th at BMO Field.

Saskatchewan’s Cody Fajardo and Montreal’s William Stanback round out the rest of the league’s Top Performers this week.