Hogan: A remarkable year for Rookies 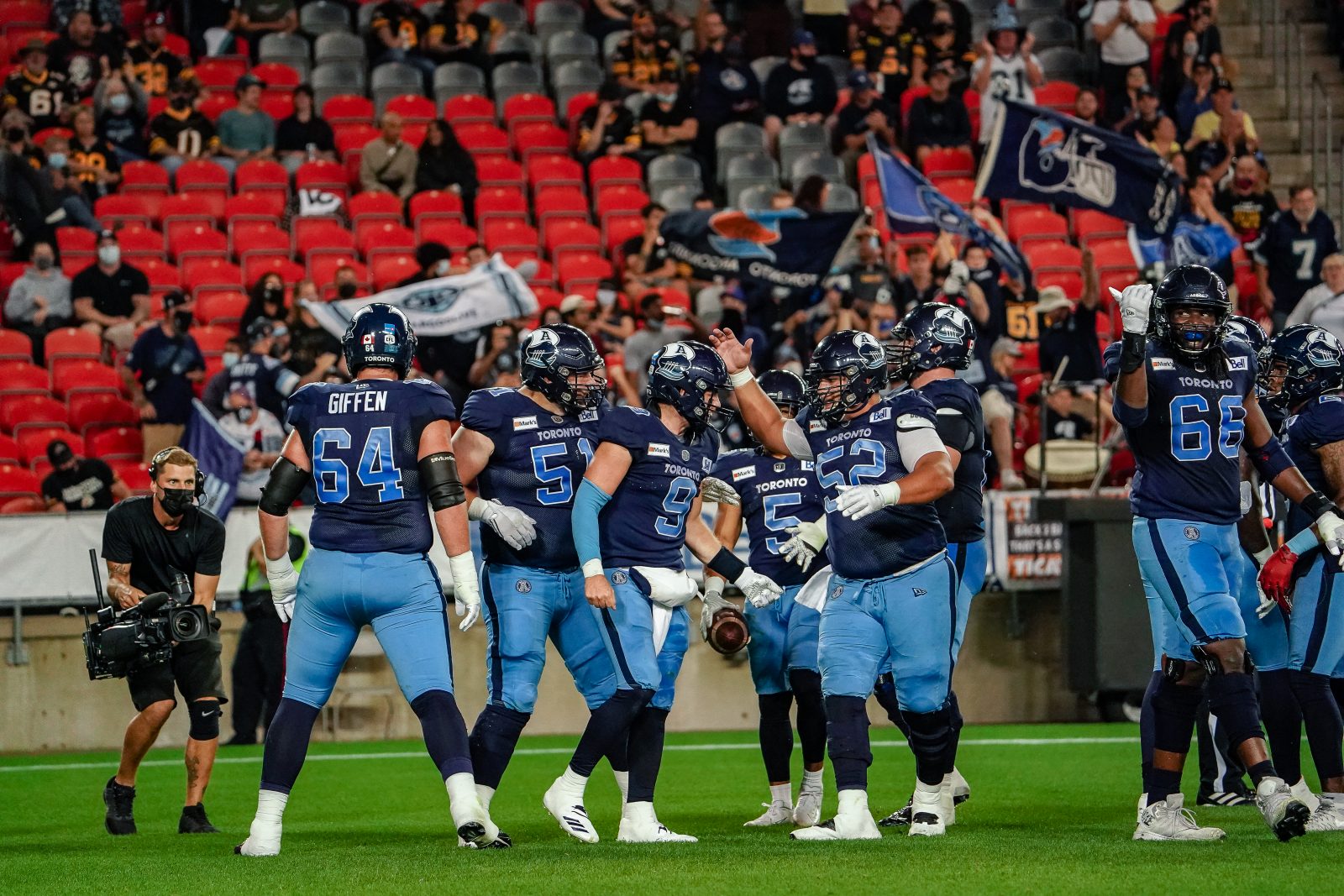 Hogan: A remarkable year for Rookies

There are a few CFL records that may never be broken; Matt Dunigan’s 713-yard passing game, or Terry Greer’s back-to-back-to-back 200-yard receiving games.

While there may not be an official record for this number, it’s hard to fathom a team has played as many Canadian rookies as the Toronto Argonauts have this season. So far, a total of 10 first-year Canucks have played at least one game in Double Blue.

That’s staggering. It’s been a combination of ability and opportunity that’s allowed these players to not only crack the team, but to get off the practice roster and actually play in the games.

Brissett and Nicastro were the best bets to at least suit up on opening day, but an injury to Juwan Brescacin and the surprising training camp departure of Cody Speller opened the door for the pair to take more snaps earlier than expected, especially in the case of Nicastro.

The team’s seventh-overall pick this year was slotted to learn the centre position behind Speller, perhaps pushing him for a starting job as the season progressed. But he was thrust into a starting spot on the o-line, playing left guard, then shifting to centre when Philip Blake was injured. He’s started every game for the Argos and has already shown the personnel department that the pick was a good one.

The Calgarian, who stayed home to play for the eventual 2019 Vanier Cup champion Calgary Dinosaurs, has learned quickly, beginning with a memorable pro debut.

“It’s been an experience for sure,” Nicastro told Argonauts.ca. “Starting in the first game in Calgary was a big deal, and the whole season has been great. I’ve learned a lot from these vets and the coaching’s been good. It’s just getting comfortable with the system, the league, and the speed and power of the game. It’s been a lot of fun.”

None of the media’s mock drafts listed Nicastro as a potential pick at all until just a few days before the draft. Director of Scouting Vince Magri and the others on the Argos staff had him on their radar for a considerable time as the player they wanted the most. So far, their faith in him has been rewarded. With that said, they’re still surprised he’s come so far so fast.

“I could sit here and lie and say we weren’t surprised, but I don’t think anyone expected him to acclimate this quickly,” confessed Magri. “When he was drafted, we had only seen him play up to his junior year. He never played football as a senior (the 2020 season was wiped out due to Covid-19), he hadn’t played football in well over a year. To come into the pro game and have no pre-season, you didn’t really know what to expect. It’s a testament to the work he’s put in.” 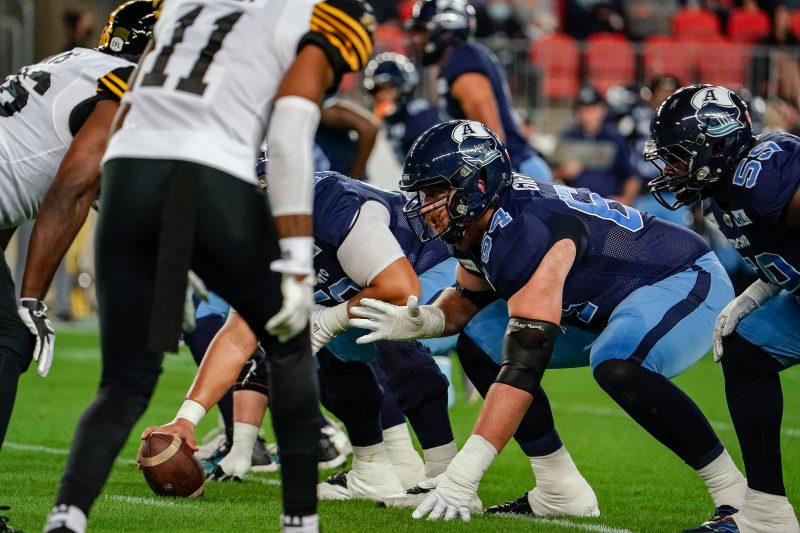 When Nicastro looks to his left on Friday night when the Argos host Montreal, the rookie will potentially be looking at another first-year Boatman who is scheduled to make his first CFL start. Dylan Giffen is a product of Western, and of all the players selected in the last two drafts, Giffen was the player they least expected to get.

The gigantic lineman (6’8”, 315 pounds) somehow dropped to the third round of the 2020 draft. His name had come up as a potential first- or second-round pick, and when the Argo braintrust was discussing a potential pick in third round it was invariably preceded or followed by the words “If Giffen isn’t there”. They were astonished he was still available with the final pick of Round Three.

“We still are,” Magri said with an almost guilty smile. “We said it back then and I still believe the same thing. To see the work he’s put in, to see the physical changes he’s made to his body (he’s lost some 40-50 pounds), you see it translate to his play on the field. To see him improve day in, day out, he’s got a bright future.”

His time as a starter could begin Friday. Shane Richards, another young, talented player the Argos selected with the first-overall pick of the 2019 draft, has been fighting a lower body injury. He’s on the roster, but it will be an almost game-time decision to see if it’s him or Giffen that gets the start.

The Strathroy native is listed on the depth chart as the starter and is ready to go if Richards can’t.

“I always try to prepare like I’m going to be thrown in there anyway,” he said. “You’ve always got to be prepared; next man up mentality, right? Obviously, I’m happy to be there and I want to do what I can to get the win.”

He’s seen a bit of playing time at guard and with the short-yardage unit, but this week could be the most action he’s seen in a game.

“The speed and everything is coming with time,” he explained. “I’m just kind of being patient with myself and not getting too hard on myself if I’ve had a bad practice. I’m just getting ready to bounce back and learn what I can from the older guys on the team and getting coaching. Being coachable is everything.”

Though he’s a rookie, he’s already carrying himself like a veteran, not just verbally, but with his attention to coaching and his dedication to the weight room. There is one thing that he’s having to get used to as a CFL player though; ticket requests.

They’ll have the chance to witness firsthand Giffen and his fellow young Canadians continuing to make their marks as pros.