Hogan: Belli on the button about LDC 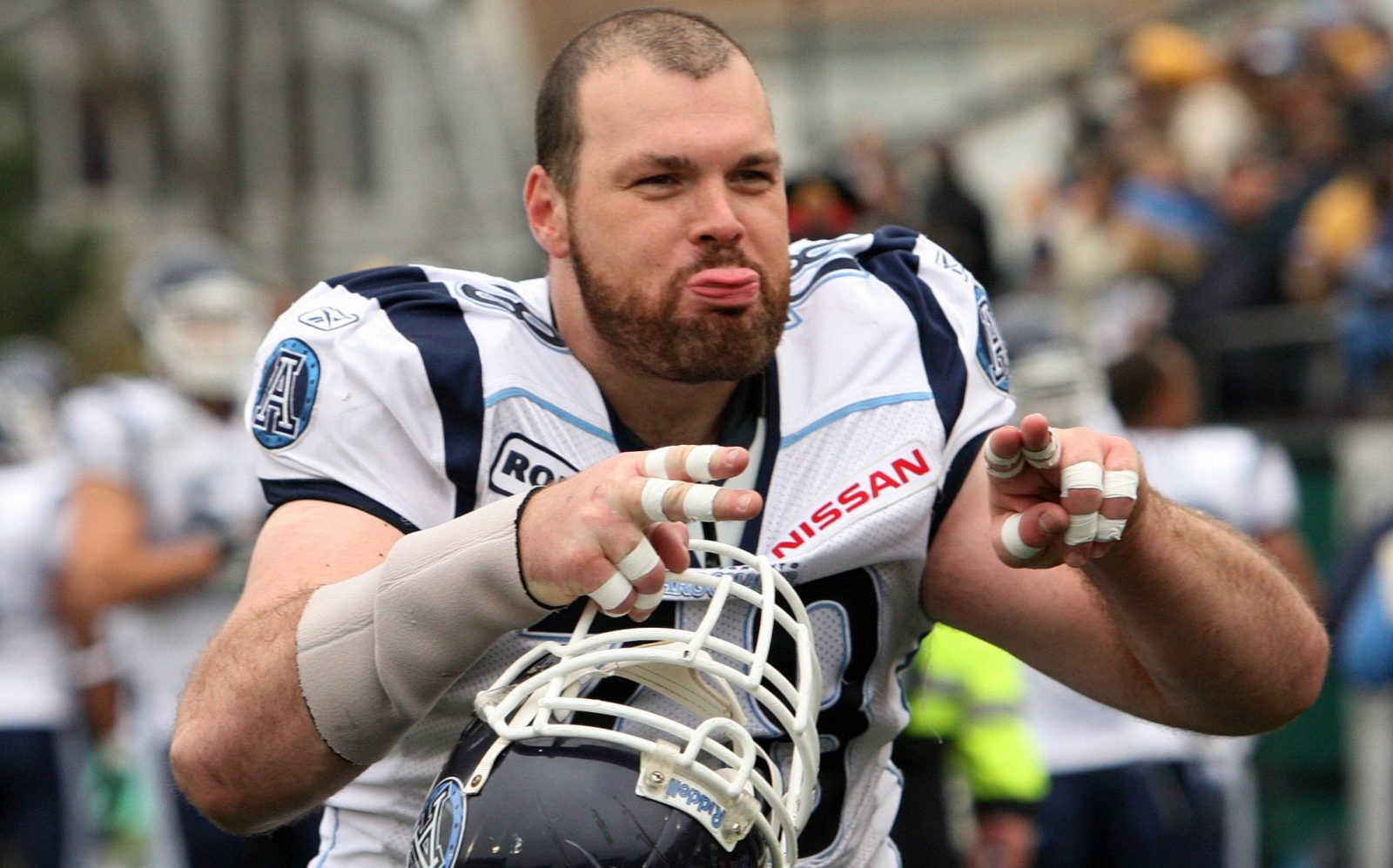 Hogan: Belli on the button about LDC

Argos Adriano Belli teases the Ti-Cats bench before the start of first half CFL Eastern Semi-Final action between the Hamilton Tiger Cats and the Toronto Argonauts, in Hamilton, Ontario on Sunday, November 14, 2010. (CFL PHOTO - Dave Chidley)

Every subject has an expert; a go-to person when the inner workings of a topic need to be explored.

When discussing the history of the Labour Day Classics played between the Toronto Argonauts and Hamilton Tiger-Cats, words like “nasty”, “ugly”, “bad blood” and “violent” get thrown around liberally and for good reason.

Argonauts.ca wanted to speak with an expert on the aggressive nature of the LDC and went to the man best suited to talk about that; Adriano Belli.

The former defensive tackle saw the rivalry from both sides; as a Ticat from 2004-06, then as an Argo from 2007-2010. He ended a year-and-a-half long retirement to sign with the Boatmen in 2012 but was signed in October and missed the Classic.

Belli was so fired up to talk about the rivalry he called Argonauts.ca from Greece, where he’s vacationing. The Central Tech product gave his theory as to why fans get into the game so much.

“As a Torontonian, it’s deeply rooted. People in Hamilton look at Torontonians as being too cool and that inflates the rivalry. They don’t hate the Argos, they hate people from Toronto.”

He signed as a free agent with the Argos in 2007 after a season in Montreal. His first LDC as an Argo was a memorable one; not necessarily for what happened on the field, but what happened afterward.

“When I signed with Toronto our first game in Hamilton was on Labour Day. When I played in Hamilton I always parked in the same spot. After the Labour Day game I went to my car and all four tires were slashed. That’s what’s beautiful about the rivalry.”

That statement is proof that beauty lies in the eye of the beholder, but Belli is wired differently. His on-field contributions, but even more so his ability to keep a locker room loose made him a valuable commodity. His late addition to the 2012 Argos proved to be a vital piece of the championship puzzle, as there was an extremely noticeable change in the team’s persona after his arrival. They played loose and they played well.

Even in the biggest games Belli had to Belli. To no one’s surprise, he was ejected from the 100th Grey Cup game. He said he received a call the following day from Ticats legend Angelo Mosca, the prototype for a player like Belli.

One of those dismissals came in the 2004 Labour Day Classic when Belli was a member of the Ticats. Argonauts.ca asked him if he remembered what he did that day to earn one of his baker’s dozen ejections.”

“I don’t know,” he said without hesitation. 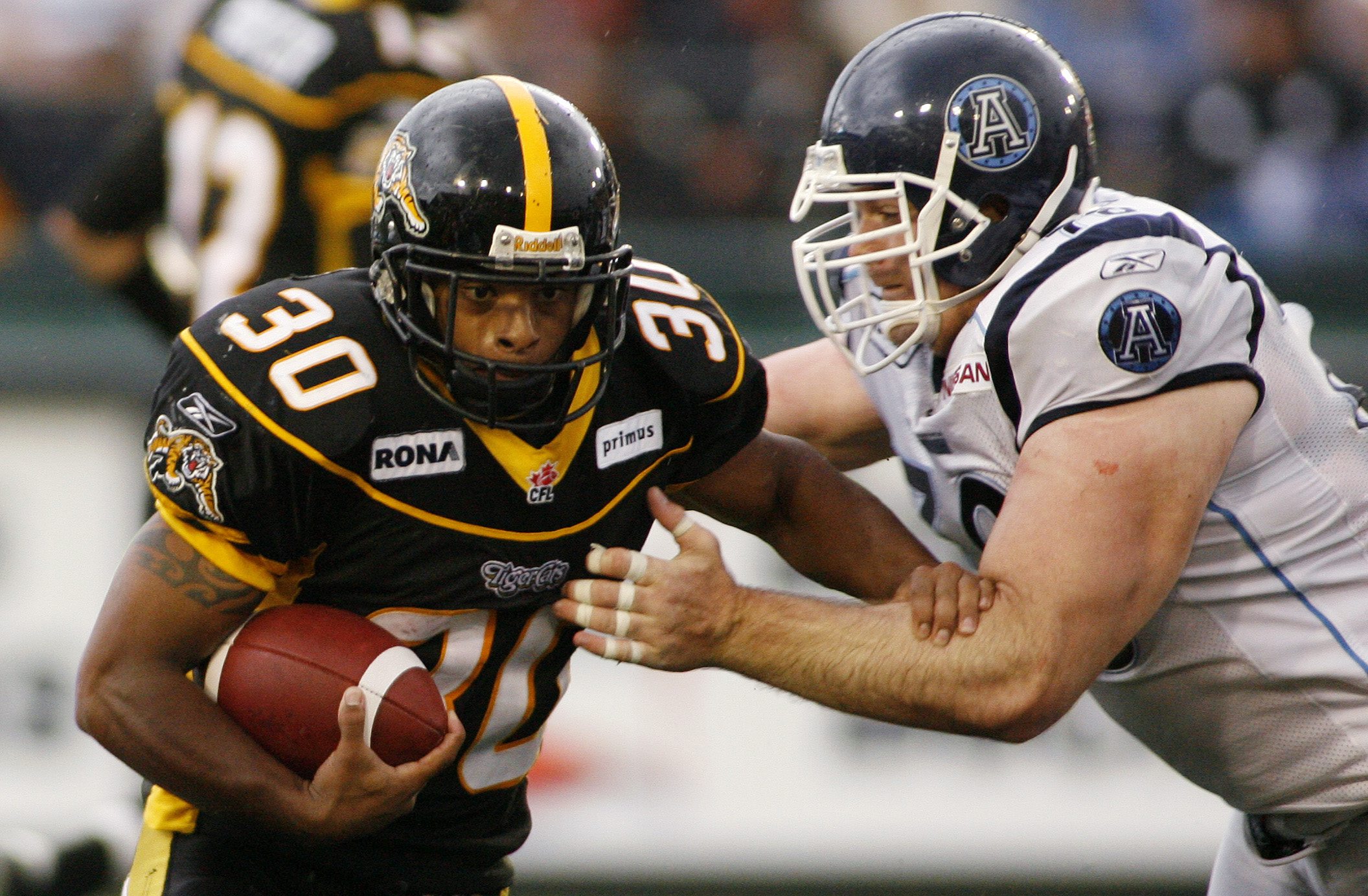 Players being removed from the game is not unusual for the LDC. In the ’04 game Belli was one of four players kicked out for a brawl. In a perfect example of what the intensity of the game can do to players, one of the Argos given the boot that day was receiver Andre Talbot, who is currently a yoga instructor and teaches people how to reach inner peace as the Co-Founder and Director of Movement and Mindfulness at Spirit Loft.

If he can get kicked out of a game, anyone can.

One year later, in 2005, Argo returner Bashir Levingston was suspended for a game after he threw his helmet at a fan while heading to the locker room. The fan had spit at Levingston.

Yes, fans have become involved in the violent aspect of the rivalry. There’s a story that usually gets mentioned at this time of year about a Hamilton fan who was sentenced to six months in jail after he bit a piece of an Argo fan’s ear off after the 2002 game.

That story may have been mentioned more often this year had the Argos not released a defensive back named Mike Tyson just before training camp opened.

Last year it didn’t take long for tempers to ignite. Midway through the first quarter a handful of players got involved after a play. When the dust had settled, Ticats Frankie Williams and Tunde Adeleke had been ejected, the latter for physical abuse of an official. S.J. Green received two penalties but was not kicked out of the game.

This year things could get even more heated as the stakes are higher than they have been in recent years. Both the Argos and Ticats are considered to be legitimate contenders to represent the East in the Grey Cup. There have been seasons where one of the teams has been good, the other not so much. This is not one of those years.

Monday’s game could simply add to a half century of Labour Day stories about games that have prominently featured some of the best, and most colourful players in league history.

“It helps to have the beauties like Angelo Mosca,” said Belli with the utmost respect. “I miss the days of Ivor Wynne Stadium. The visitors’ locker room was worse than a high school locker room. I also loved playing against Marwan Hage (the former Ticat centre and close friend of Belli). We were both really proud of being a part of that rivalry.”

A rivalry which continues Monday afternoon in The Hammer.