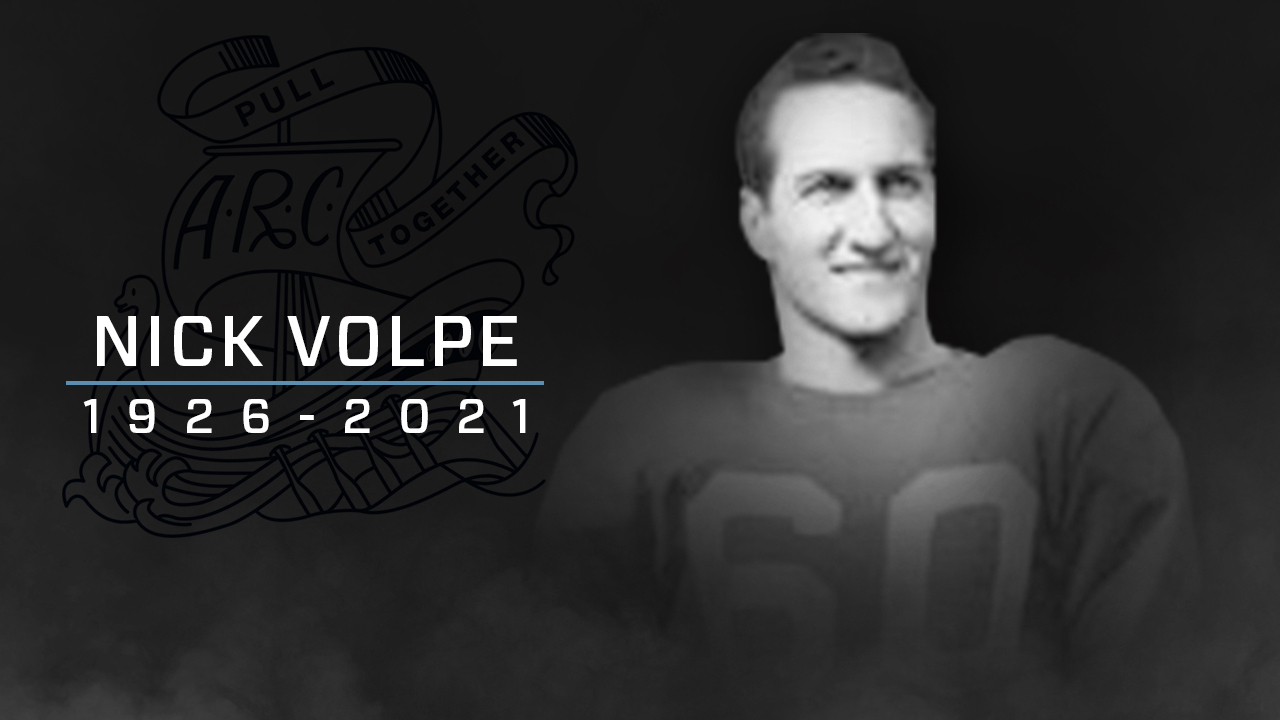 TORONTO – The Toronto Argonauts organization are saddened to learn that one of the oldest living former members of the Double Blue, Nick Volpe, passed away Saturday morning.

Volpe suited up for Toronto from 1949-1952, helping the Argos win the Grey Cup in 1950 and 1952. Volpe played a key role in the infamous “Mud Bowl” of 1950, kicking two field goals and helping beat the Winnipeg Blue Bombers 13-0, the last time a team has shut out their opponent in the Grey Cup. The University of Toronto alum would enter the coaching ranks after his playing career, helping the Argos farm team, Toronto Balmy Beach, to an ORFU championship in 1953. He would also coach the Lakeshore Bears, a junior football team, from 1955-1963. Volpe returned to the Argos in 1988 and worked under several capacities including the head of Canadian scouting for several years. All in all, the former Argo ran his Grey Cup championship total to seven (1950, 1952, 1991, 1996, 1997, 2004 and 2012) as a player/employee of the team and never lost a Grey Cup game. A member of the U of T Athletic Hall of Fame, Volpe helped the Blues win the Yates Cup in 1948. Outside of football, he worked as a superintendent with the Peel Board of Education, with CFRB radio and was an isolation director for CTV football telecasts from 1972-1987.

The Toronto Argonauts organization extends its deepest condolences to the family and friends of Nick Volpe.