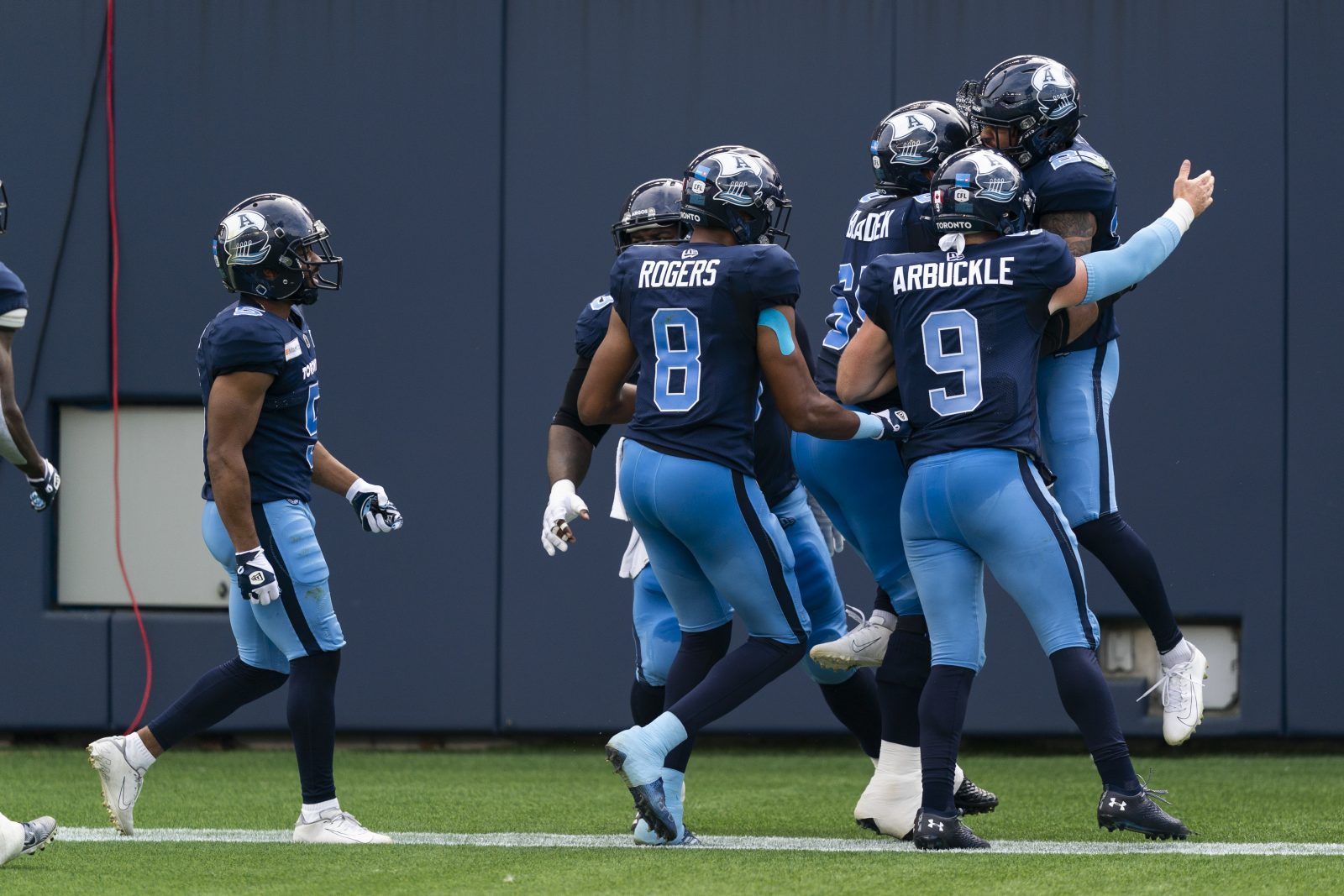 TORONTO — In his first career start under centre for the Toronto Argonauts, Nick Arbuckle handed Winnipeg their first loss of the season, orchestrating a 30-23 win.

The 27-year old looked calm, cool and collected during the heat of the game as finished his day with 23 of 32 passes completed for 310 yards, a passing and a rushing touchdown.

In an effort to move the ball against a stout defence, the Argos dished out a balanced attack. This included rushing attempts from John White and even a fake flea-flicker from DaVaris Daniels, the Argos were in Bombers’ territory and looking to score. D.J. Foster would end the Argos drive with six points after collecting a handoff from Arbuckle, bulldozing his way over Bomber defenders and over the goal line.

Looking to retaliate, Zach Collaros and the Bombers took the field. 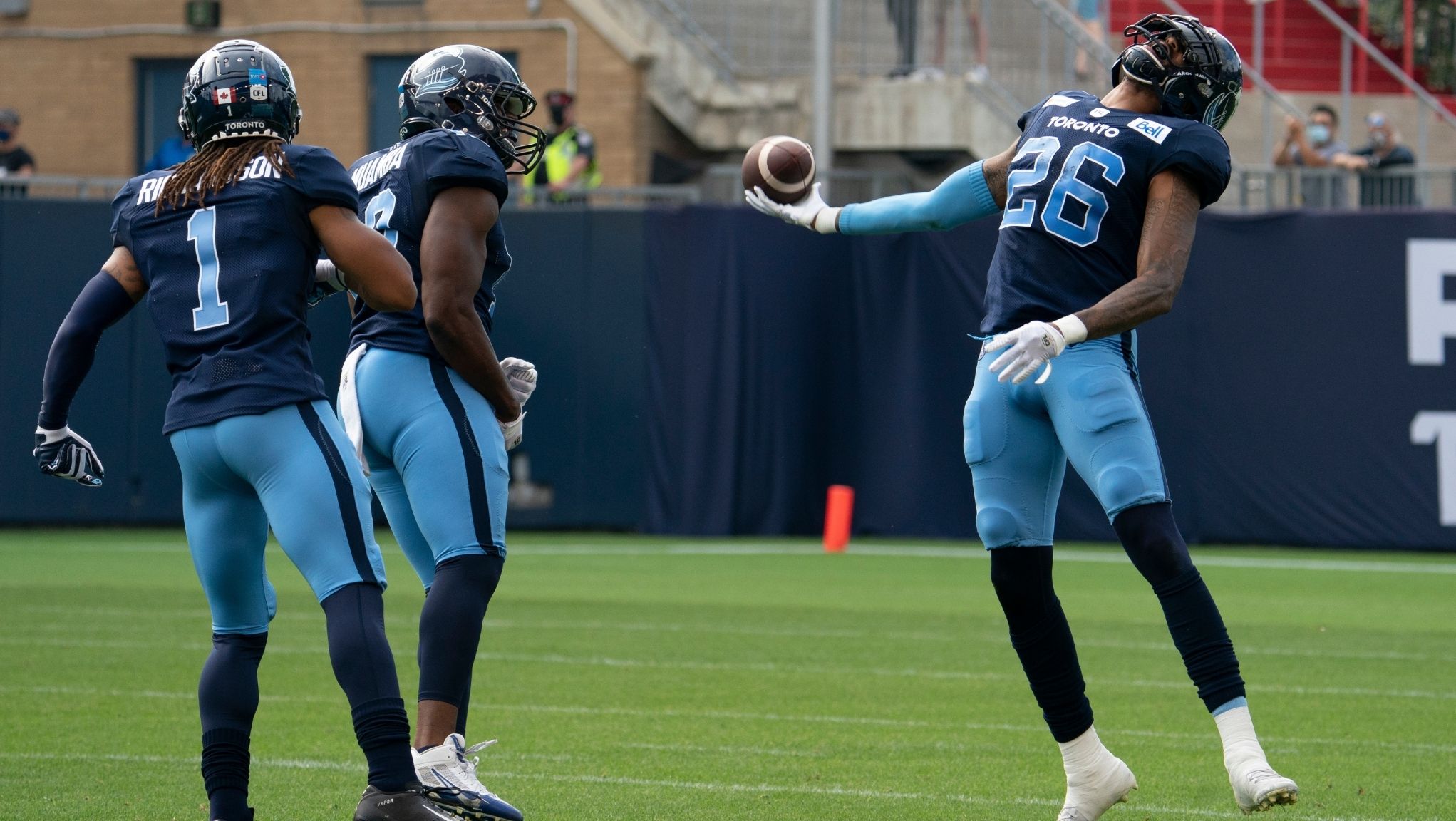 Their subsequent drive would survive all of one play as after Brady Oliveira‘s forward progress gained the Bombers a pair of yards, Collaros was picked off by Dexter McCoil, putting the ball back in Arbuckle’s hands.

After sacrificing a season-high 13 points against in the first quarter and threatening to score again, a pair of game-altering plays by Winnipeg would help them close in on the Toronto lead.

It started with Winnipeg’s defence as a completely unblocked Jackson Jeffcoat met Arbuckle in the backfield, dislodging the ball from his clutch. With the ball wobbling at his feet, Jesse Briggs scooped and scored, stopping the onslaught of Argos offence. The Bombers’ offence would add another big play as after having only eight yards of offence in the first quarter, Collaros would find a wide-open Darvin Adams who had exploded up the sideline, beating Jamal Peters for a touchdown. This would bring the Bombers within range of the 16-14 Argonaut lead.

The Argos and Arbuckle would not go quietly into the Toronto night as he could deliver a strike to DaVaris Daniels in the endzone for a 35-yard touchdown for a big play of their own to increase the lead to eight points.

Just as fast as things going right for Toronto in the first half, they went south just as fast as in the opening seconds of the third quarter.

After DaVaris Daniels, who 100 receiving yards at the moment, suffered an injury from a thundering hit by Brandon Alexander, things compounded as Jeffcoat would find himself in the Argos backfield again to force a Toronto punt which was almost blocked. This would happen yet again. This time, it was by Alexander who collected the fumble, setting the Bombers shop up yet again. For the Argonaut’s sake, Darvin Adams would drop a pass from Collaros, forcing the Bombers to settle for a field goal.

Looking to respond with the ball on the 1-yard line after a 31-yard reception by Dejon Brissett, Arbuckle called his one number, forcing his way through the wall of double blue for a touchdown, increasing the lead to 30-15 and stopping the bleeding.

While things opened going Winnipeg’s way, another two-and-out would set the stage for Mike Miller who would make CFL history. After bringing down Daniel Braverman, Miller would record his 191st special teams tackle, passing former BC Lion Jason Arakgi who finished with 190 making him the new all-time leader in the category.

Winnipeg would try to find some answers late in the fourth quarter working against the clock. Collaros would connect with Kenny Lawler, setting the Bombers up in Argos territory. After being stuffed on first and second down, a third-down conversion would give the Bombers a pulse. In connecting with Rasheed Bailey in the endzone, the Bomers drew within seven.

In the final two minutes of the game, the Argos did not let up. Picking up 40 yards on their first play, the Argos continued to pour it on the Bombers’ defence. Once they crossed into Bombers territory, the Arbuckle would kneel out the final seconds on the clock, celebrating in jubilation with his teammates within plays.

Next up for the Toronto Argonauts is a home match-up against the Edmonton Elks, Thursday at 7:30 p.m. ET. Winnipeg will fly back home and welcome the Calgary Stampeders in a Saturday night matchup.