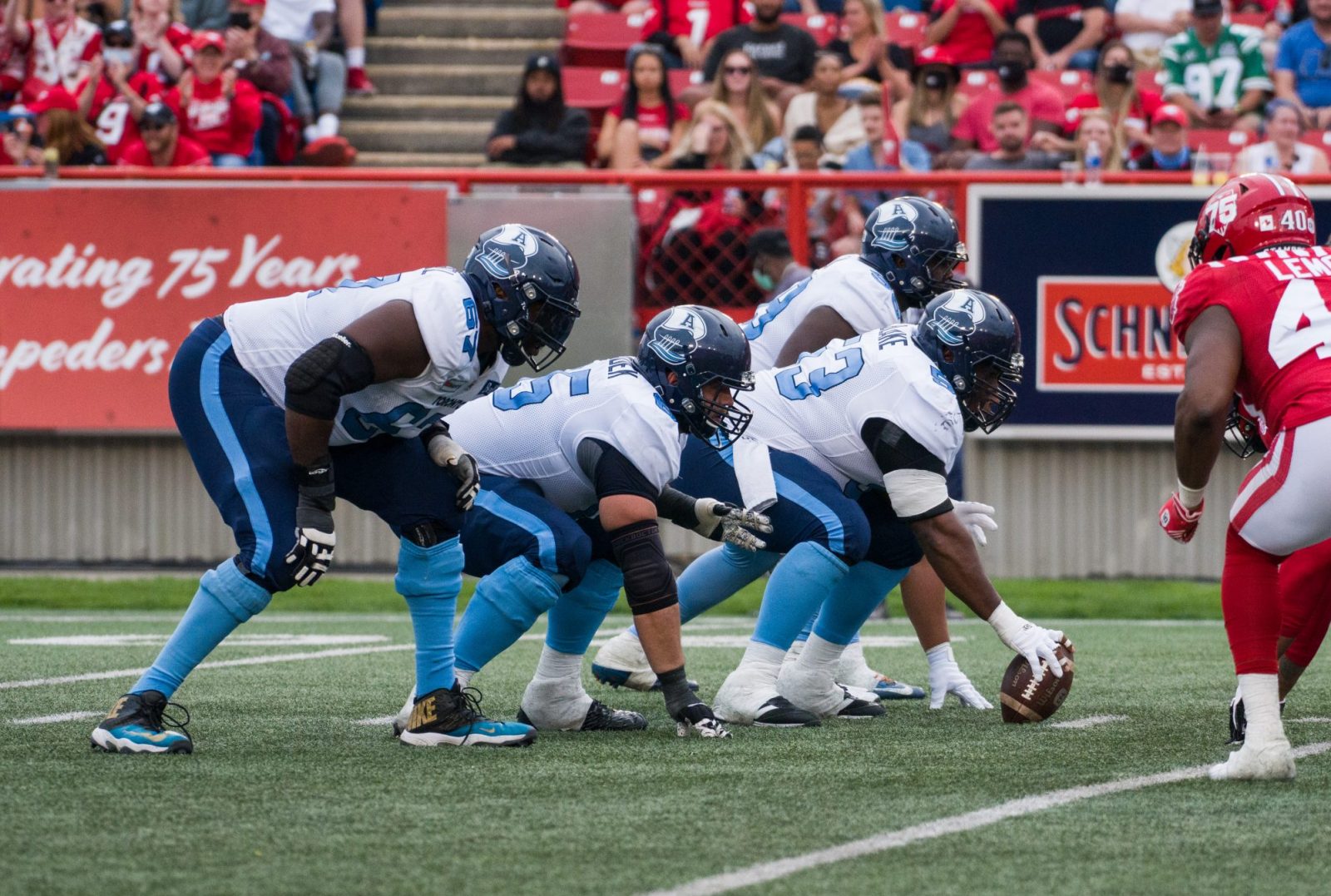 It’s been a while.

When Toronto Argonauts offensive lineman Philip Blake heads down the ramp in the northeast corner of BMO Field on Saturday he’ll be playing a truly “home” game for the first time in ages.

The Etobicoke native signed a free-agent deal with the Argos in February 2020. It brings him home after stops in Lennoxville, Quebec; Tyler, Texas; Waco, Texas; Denver, Phoenix, Montreal and Regina. He’s picked up some serious air miles since his final year at Father Henry Carr Secondary School.

“It’s a surreal feeling for me,” Blake told Argonauts.ca. “Growing up, the first team I was a fan of was the Argos. I moved away from home for so long, I’ve been away for 12 or 13 years, just to come home and play is ideal at this point of my career.”

One would think that a player like Blake – who at 35-years old has put his body through a lot over his playing days and is closer to the end of his career than the beginning – would be emotional when he takes the field on Saturday.

That’s true, but only to a point.

“I take every game the same,” he explained. “But I know that every time I play here in Toronto it’s a different feeling. Now I have seven home games in Toronto, so I feel it’s going to be exciting to have friends and family watch.”

Blake’s presence in the lineup has been invaluable. One of the best guards in the league, so far this year he’s played centre – the position he played in the NCAA and NFL – and even some left tackle last week in the ‘Peg after Dejon Allen went down with an injury.

He’s expected to start Saturday’s game back at centre. 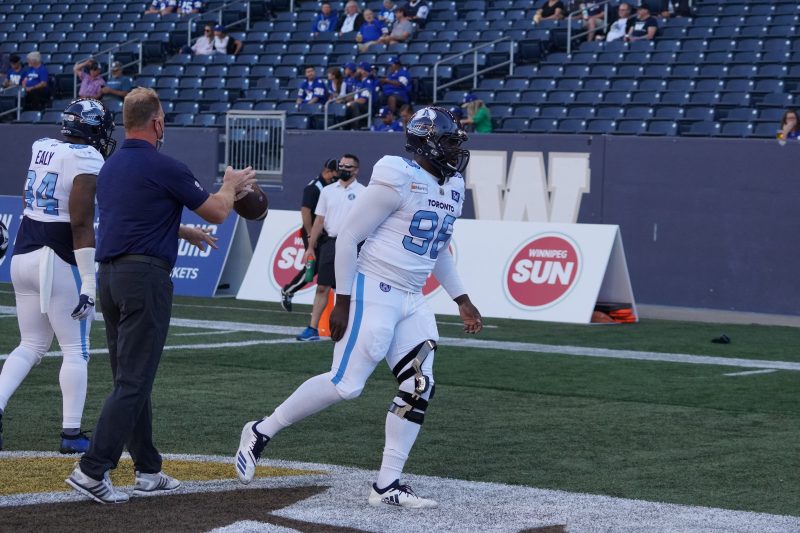 The wait to play at home hasn’t been nearly that long for Brampton native Sam Acheampong. The rookie defensive tackle left the GTA to play his university football at Laurier, but the Cardinal Ambrozic Secondary School product is equally happy to be able to play at home in front of his friends and family.

Acheampong (pronounced ACH-am-pong) was counted on heavily in last week’s game in Winnipeg. He was supposed to be a part of a three-man rotation at tackle, but Kony Ealy was injured on the first offensive play of the game, so the rookie had a much heavier workload than expected.

Did the additional, unexpected playing time have an effect on him?

“I honestly slept for two days afterward,” he said, breaking into laughter. “If a guy goes down you just have to be ready. It’s just next man up at that point. I just came in and did the best I could, but you can always do more. You can never be satisfied; you always have to say you can get better. I looked at the film and saw I did a couple of nice things, but also saw all the mistakes I made. This is not U SPORTS anymore.”

Aside from a bad roughing penalty in the third quarter he played well. The Bombers much-revered running attack was held to just 53 yards on 18 carries, with he and Shawn Oakman holding the fort as the two defensive tackles.

It’s obvious that both Blake and Acheampong are appreciative of the opportunity to play for their hometown team. That’s something that General Manager Mike Clemons and Vice President of Player Personnel John Murphy have done intentionally, trying to make sure that the best players from the Toronto area wind up wearing Double Blue.

Other GTA players on the roster who may be making their debut depending on their injury status this week are Henoc Muamba, Juwan Brescacin, Dejon Brissett and Jack Cassar. The Argos currently have 11 players who grew up in the GTA on the roster while there are five more from other parts of Ontario.