Hogan: Muamba back to where it all began 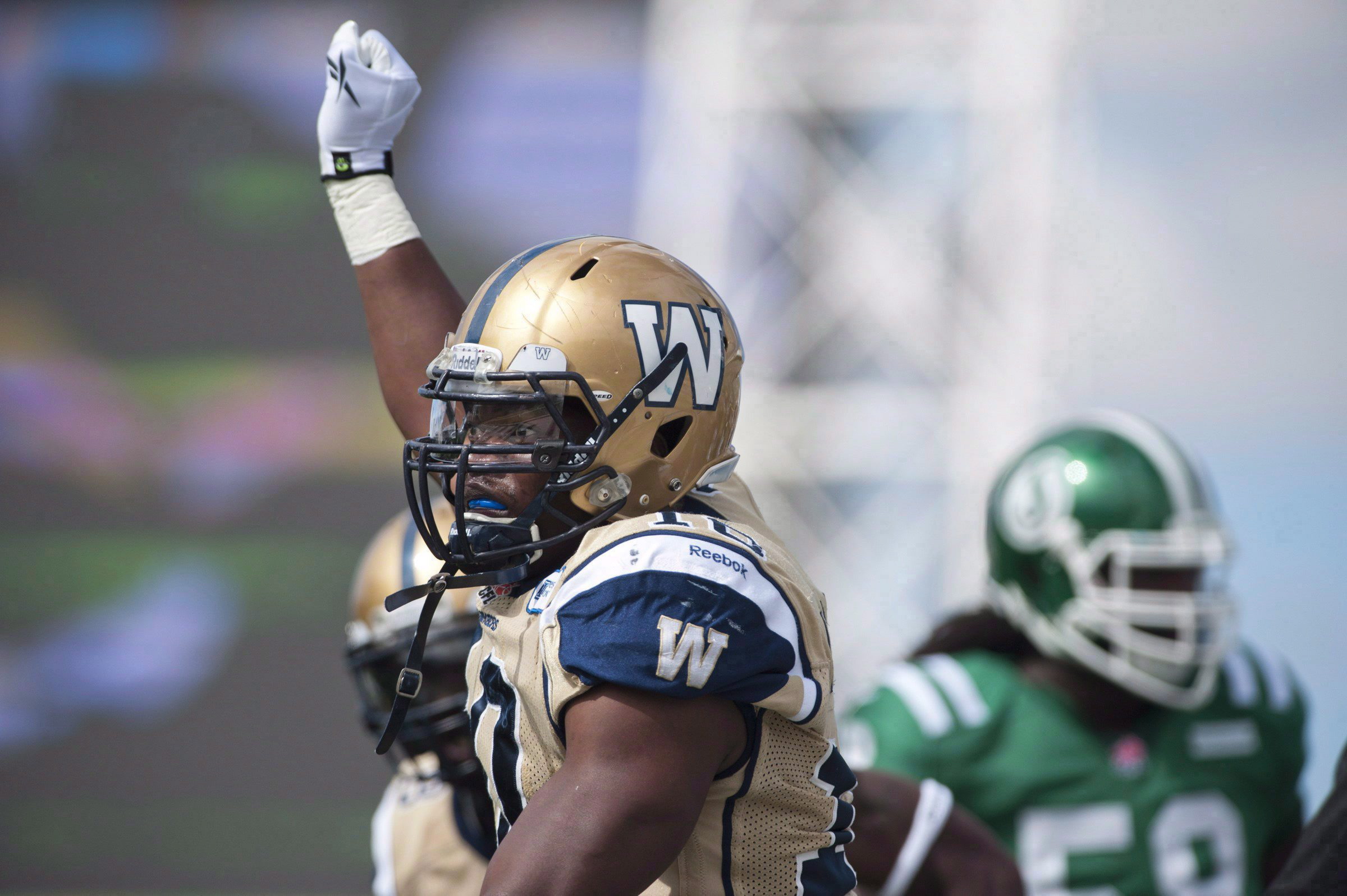 Hogan: Muamba back to where it all began

If you were to get into a discussion about the career of Toronto Argonaut linebacker Henoc Muamba you’d likely start with the 2021 return to his hometown.

That would be closely followed by talking about his outstanding stint in Montreal, where in 2019 he was named the CFL’s Most Outstanding Canadian. Maybe you’d look back on his brief time in Saskatchewan or his time in the NFL.

What you may have totally forgotten about was the beginning of his pro career in Winnipeg.

The Blue Bombers selected Muamba with the first-overall pick in the 2011 CFL Draft. The St. Francis Xavier University product, out of Father Michael Goetz Secondary School in Mississauga, found an early home on special teams, not getting into the Bombers lineup until late August, a home game against Hamilton.

“In my very first pre-season game I hurt my knee,” Muamba told Argonauts.ca. “Rico McCoy, he wore number five and went to the University of Tennessee, he ran into my punt lane and tripped and fell. Nine weeks later was when I finally played my first game”

It all started in the ‘Peg, where in his rookie season he played with current Argo teammate Odell Willis and current Argo running backs coach Fred Reid. Playing mostly on special teams, he dedicated his early days to learning his craft.

“I remember my motto was ‘I’m going to be a sponge,’” he recalled. “My whole first training camp, my whole first year I wanted to absorb as much as I could. I just wanted to grow.” 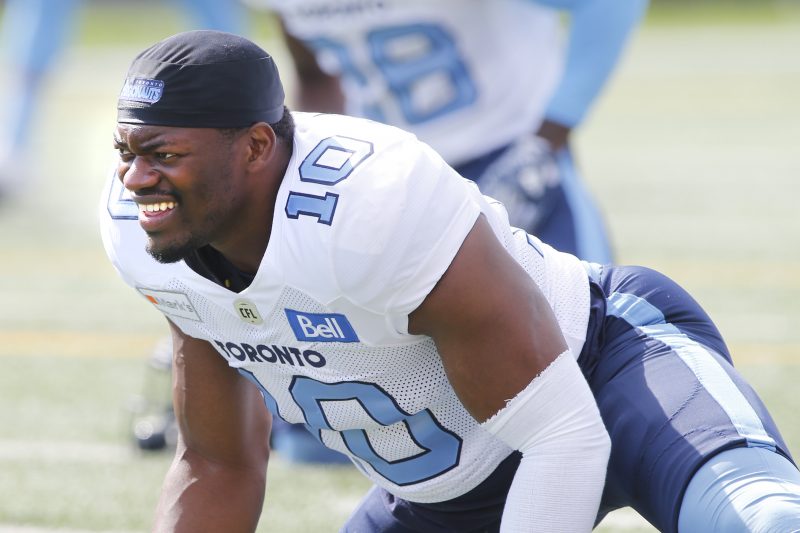 Argonauts.ca asked the current version of Muamba to give a scouting report on the rookie.

“He’s athletic. He’s strong.  He’s fast. He learns and he grows. I think that’s the biggest thing and that’s been the key to my success; I’ve always been open to growth, open to learning. No matter how much experience I’ve accumulated over the years, I’ve always wanted to come in with a fresh mindset and I want to grow, and I want to learn more. That hasn’t changed.”

Whatever he did in his first year worked. In his second season he became a starter and was named Winnipeg’s Most Outstanding Canadian. In year three he really put the rest of the CFL on notice, making 111 tackles, tied for the league lead. He was again named the Bombers top Canadian as well as their Most Outstanding Defensive Player and a CFL All-Star.

He would leave for the Indianapolis Colts that off-season.

Muamba is still a force on the field, evidenced by his Week One performance in Calgary, where he co-led the Argos with six defensive tackles, adding one on special teams.

In a way, it’s amazing that he’s still playing the game because a pro career wasn’t always in the cards.

“Professional football wasn’t a dream of mine,” he recalled. “It was a gradual thing; the more I played, the more I started to love the game. I truly feel that it’s a blessing to have had the abilities and the skills that I have. I really feel like all that I’ve been doing is just work hard, listen and be open to growing. That’s what’s helped be along the way.”

“People say ‘You look like you were born for this,’ but the truth is that I really wasn’t. I really just worked hard at the opportunity that was given to me and I listened to a lot of people that were around me. I surrounded myself with the right people and stayed positive throughout the way.”

While Muamba continues to learn from those around him, the tables have turned and now players pay attention to him. The veteran presence of the linebacker and his teammates was a major factor in the Argos win in Calgary. Despite being down late, there was no quit. Muamba and company were able to draw from their experience to realize there was a lot of football to be played, and that as the saying goes ‘No lead is safe’.

That may be needed again on Friday night when the Argos visit the defending Grey Cup champions in Winnipeg, the city where Muamba’s pro journey began.