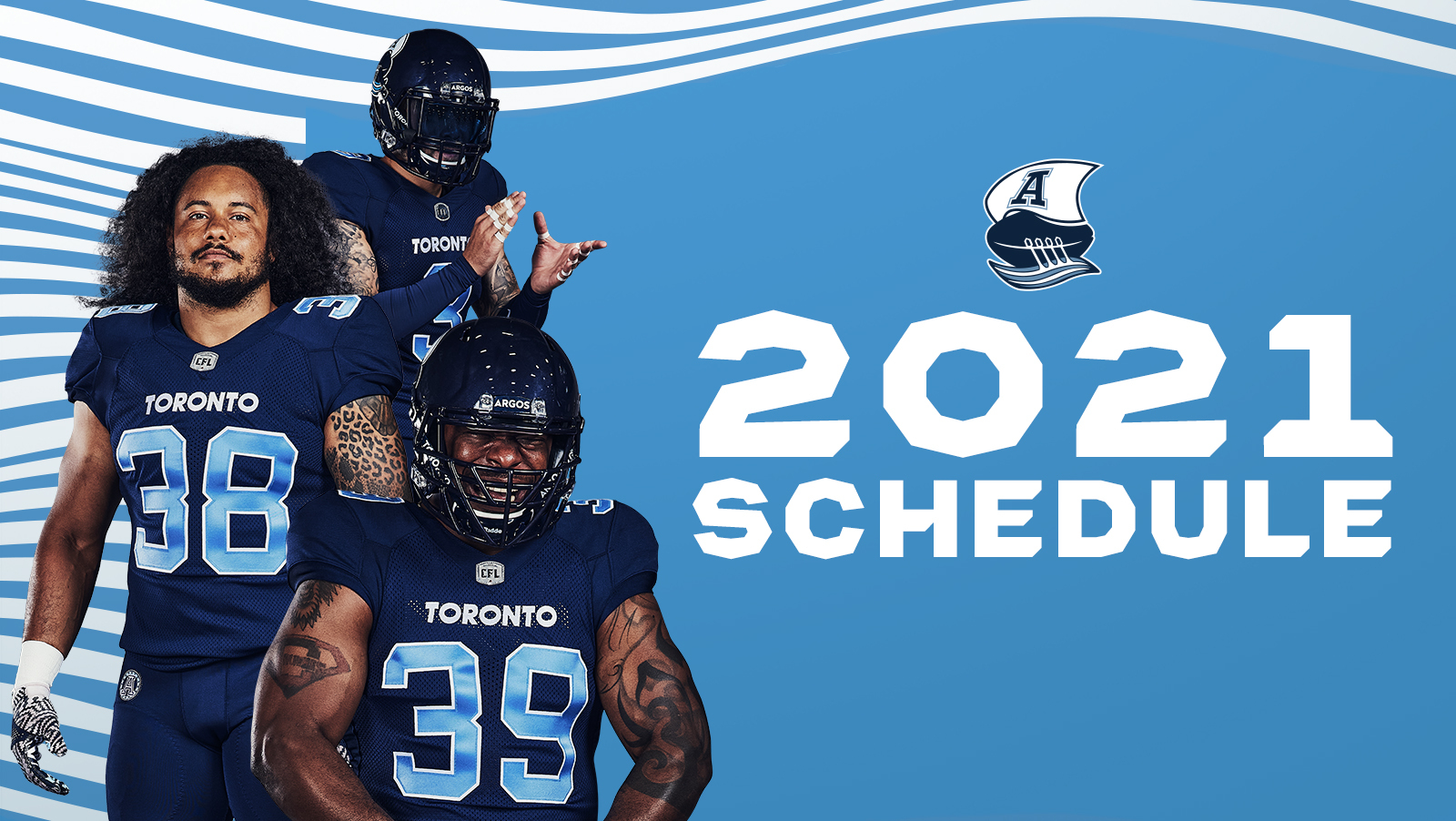 TORONTO – The Toronto Argonauts and the rest of the Canadian Football League will be playing football in 2021! The league will play an abbreviated 14-game regular-season, followed by two weekends of playoff rounds (division semi-finals and division finals), culminating in the 108th Grey Cup set to take place on December 12th in Hamilton.

For the first time in 644 days the Toronto Argonauts will be playing in a regular-season game when they open their 2021 schedule on the road in Calgary to take on the Stampeders at McMahon Stadium on Saturday, August 7th at 7:00 p.m. ET. This marks the first time the Argos have opened their season against the Stamps since 2011, a 23-21 win that season.

The Double Blue will play a home game at the friendly confines of BMO Field for the first time in 665 days when they welcome the Winnipeg Blue Bombers to town on Saturday, August 21st for a 4:00 p.m. tilt. You have to go all the way back to 1997 to find the last time the Argos have opened up their home schedule against the Bombers, a 38-23 win for Flutie, Clemons and company at SkyDome. 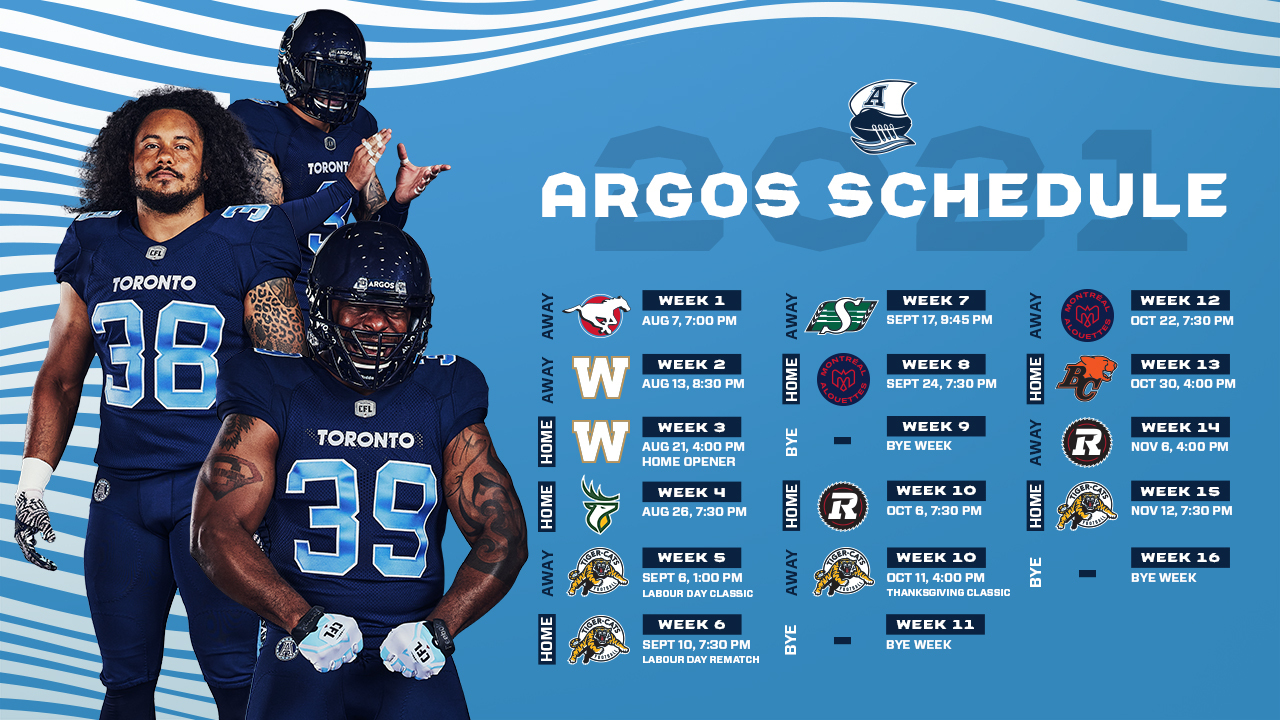 Highlights from the 2021 home schedule:

While protocols for the return of fans to BMO Field has not yet been determined by government and public health officials, MLSE continues to work closely with all levels of government to ensure a return as soon as it is safe to do so and will provide updates when available.

Please visit Argonauts.ca for the full 2021 schedule and the latest news and updates on the team!