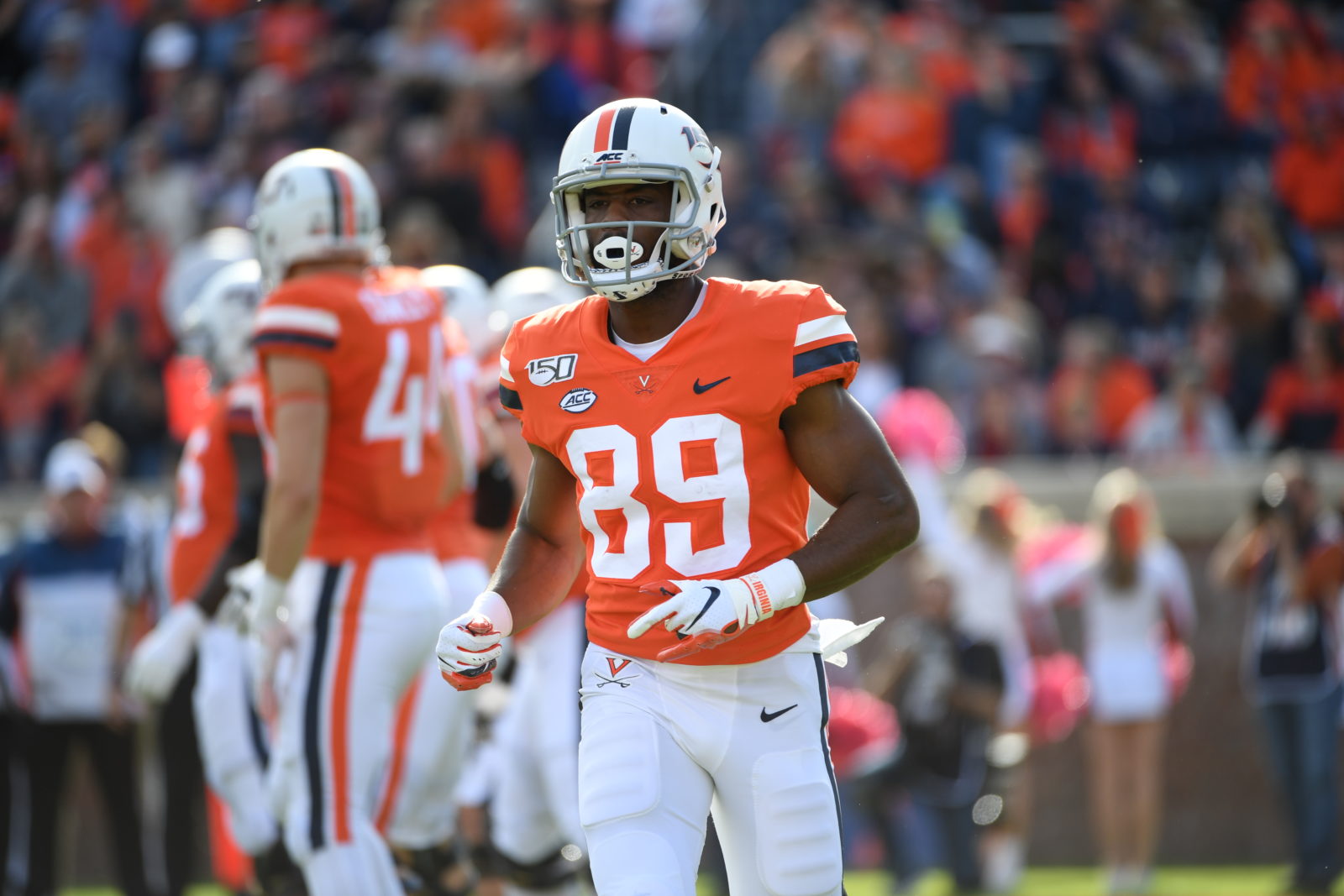 It seems like it was forever ago that the Toronto Argonauts drafted Dejon Brissett.

The 6’1” receiver from the University of Virginia via the University of Richmond was chosen with the second-overall selection in the 2020 CFL Draft; but with the subsequent additions of high-profile receivers like Martavis Bryant, Kendall Wright and Terrell Sinkfield Jr., people seem to have almost forgotten that he’s around.

In fact, on the 2021 CFL Draft broadcast when the Argos Canadian talent was highlighted, he wasn’t even listed as a Canadian depth player, let alone a potential starter. When the Argos drafted him a year earlier, two outlets gave the pick a C+, and a C-.

For many, that kind of criticism would be a gigantic motivational tool. Not so for the 24-year old Mississauga native.

“I don’t really pay attention to stuff like that,” he explained. “I feel like I’ve been genuinely motivated by my circumstances. I have a huge chip on my shoulder because I haven’t gotten to show myself since 2017. That alone has been all the motivation I need.”

Despite what the critics say, there are many reasons the Argos selected him where they did. Vince Magri, the team’s Director of Canadian scouting, says there’s a long list of skills that Brissett brings to the Boatmen.

“He’s an outstanding playmaker,” said Magri in a phone discussion with Argonauts.ca. “He’s got great traits for the position; he’s got size, he’s got length, he’s got great straight-line speed, he changes direction well, he’s got great hands, he tracks the ball in the air, he’s got great body control. Not only that, when you watch his film from the University of Richmond, this is a big guy at 6’1”, 200-plus pounds that can run away from people and make people miss in the open field. He can bring kicks back to the house. We just think he’s an excellent playmaker that can come in and compete for playing time right off the hop.”

Like Magri, Head Coach Ryan Dinwiddie loved what he saw on film, and is excited by what Brissett can bring to the offence.

In his senior season at Richmond, Brissett suffered a Jones fracture, a break between the base and shaft of the fifth metatarsal of his foot. He received a medical hardship and was able to transfer to Virginia but was still feeling the effects of the injury, leading to a disappointing season with the Cavaliers.

“I’m one-hundred percent”, he said when asked about his current health. “With the time that I didn’t get to play, it was actually in some ways beneficial because I got to heal one-hundred percent. I feel like I’m stronger than I was before I got hurt.”

The obvious question when you hear “receiver” and “foot injury” in the same sentence is whether or not it has impacted his speed. The last time he ran a timed 40-yard dash was for his pro day in 2020 – after the injury – and his fastest recorded time was 4.47 seconds.

The painfully long time between football games hasn’t been one of reflection or feeling sorry for himself because of the injury. The Mississauga native continued to attack his studies, earning his Master of Education at UV, an accomplishment he’s happy to have been able to achieve with the time afforded him during the pandemic.

His scholastic accomplishment did not stand in the way of his football training though, far from it.

“It’s crazy because in 2018 I only played three games,” he told Argonauts.ca in a phone interview. “My last full season was 2017. It’s crazy how much of a better receiver I’ve become, but I haven’t gotten to show that.”

There is unquestionably a traffic jam at the receiver position; a total of 20 are currently on the roster with five of them being Canadian; Brissett, Juwan Brescacin, Llevi Noel, Kurleigh Gittens Jr., and fellow rookie Tommy Nield (Sam Baker will be moved to fullback/tight end). So, where does Brissett fit in?

“We’ll get him some reps as a boundary receiver,” Dinwiddie told Argonauts.ca in a phone interview. “I want to give the kid some looks there and then we’re going to put him at ‘Z’ (outside receiver to the field side) and just start slowly with him there, let him get his feet underneath him and see how that goes. At some point, when that progresses, once he understands the CFL game because he’s been away from it for a while, then I want to move him inside and see what he can do there.”

Brissett can’t wait to get started and doesn’t really care where he ends up, as long as it’s between the white lines. He’s confident he can be a contributor on offense but is also excited by the prospects of immediately competing on special teams, whether it be as a returner or a part of coverage teams.

He’s also thrilled to be able to play at home, something he hasn’t done since he left home for Lake Forest Academy, north of Chicago, where he attended his junior and senior seasons of high school.

“That’s going to be one of the biggest things,” said Brissett. “A lot of my family hasn’t even seen me play football before. It will be huge to be in front of them for the first time. I think (the last game he played in the GTA) was at Loyola Secondary back in 2010, or maybe for the Mississauga Warriors. I’m ready to go.”

The feeling is mutual.