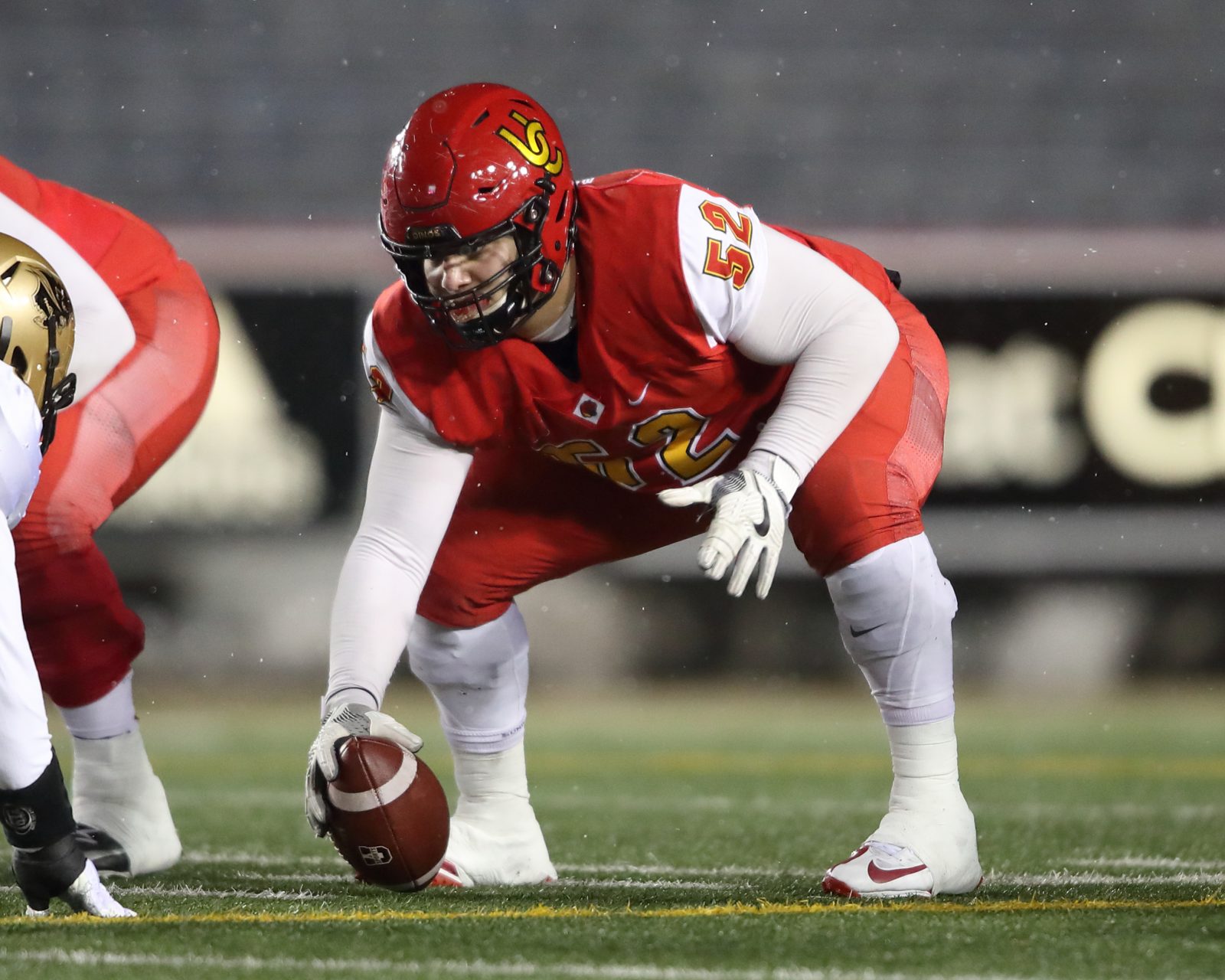 TORONTO – The Toronto Argonauts added to their Canadian content this evening with seven picks in the 2021 CFL Draft. 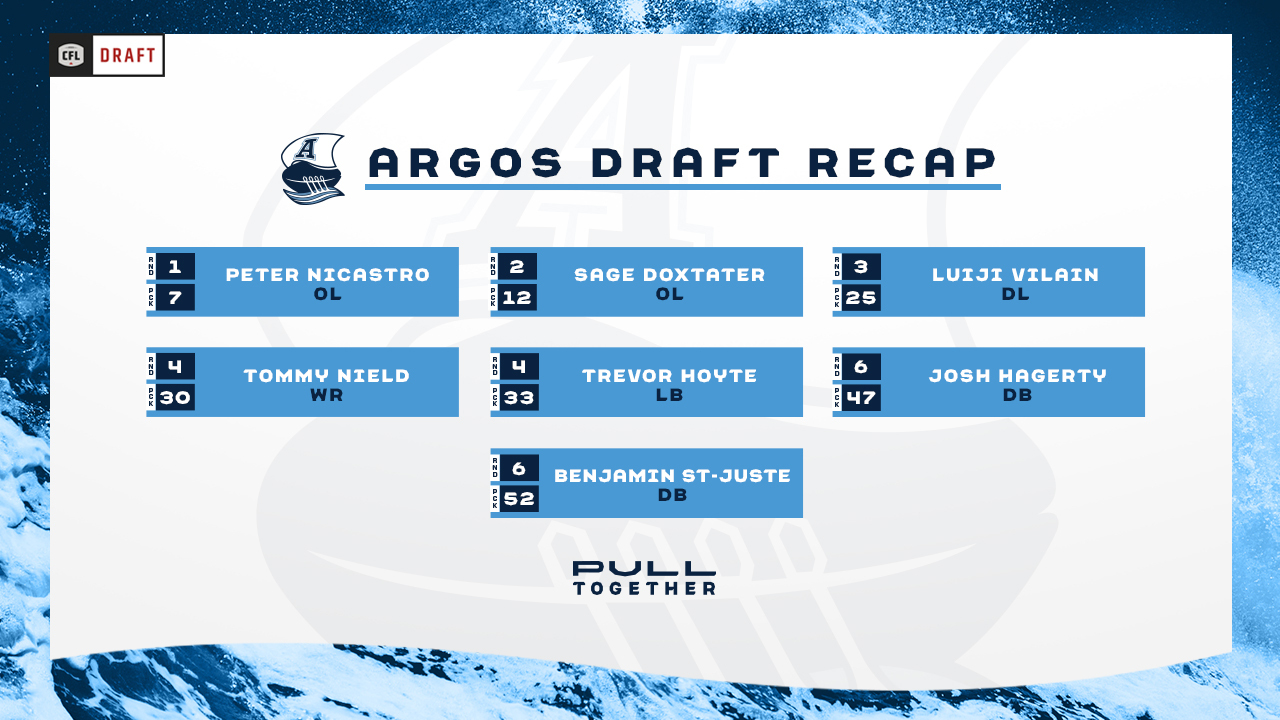 Nicastro, 6’2 and 305lbs, played three seasons at the University of Calgary (2017-2019) and was named a Canada West All-Star at guard in 2019, helping the Dinos win the Vanier cup that same season. The Calgary native played 20 games in his career at UC, including all eight regular season games in each of his last two seasons.

Doxtater, 6’7 and 350lbs, played four seasons at New Mexico State University (2016-2019), playing in 37 games for the Aggies, starting 35. The Welland, Ontario native was a 2016 Sun Belt Conference All-Newcomer after starting all nine games at left tackle in his Freshman year.

Vilain, 6’4 and 253lbs, spent four seasons at the University of Michigan (2017-2020) where he played in 12 games recording 11 tackles, one tackle for loss, one sack and one forced fumble. The native of Ottawa transferred to Wake Forest University after his senior season in Ann Arbor, where he will play football this upcoming season.

Hoyte, 6’2 and 218lbs, played his University football at Carleton University where he was a 2019 OUA First Team All-Star after tallying 35.5 tackles, 1.5 sacks, one forced fumble and one fumble recovery for the Ravens. Born in Gatineau, Quebec, Hoyte was a three-time Academic All-Canadian and played alongside Argos 2020 draftee Jack Cassar at Carleton.

Hagerty, 6’3 and 200lbs, played football at the University of Saskatchewan where he notched 19.5 tackles and three interceptions in 2019. The Regina native also played Under-18 football for Team Canada.

St-Juste, 6’3 and 205lbs, was selected by the Washington Football Team in the third round of the 2021 NFL Draft. The DB played two seasons at the University of Minnesota (2019-2020) and over the course of 18 games played he added 59 tackles, one tackle for loss and 13 pass deflections for the Gophers. The Montreal native spent his first two collegiate seasons at Michigan (2017-2018), playing in 12 games for the Wolverines. St-Juste was Academic All-Big Ten in 2020 and All-Big Ten Honourable Mention in 2019.