Hogan: Argos thrilled with results of the Global Draft 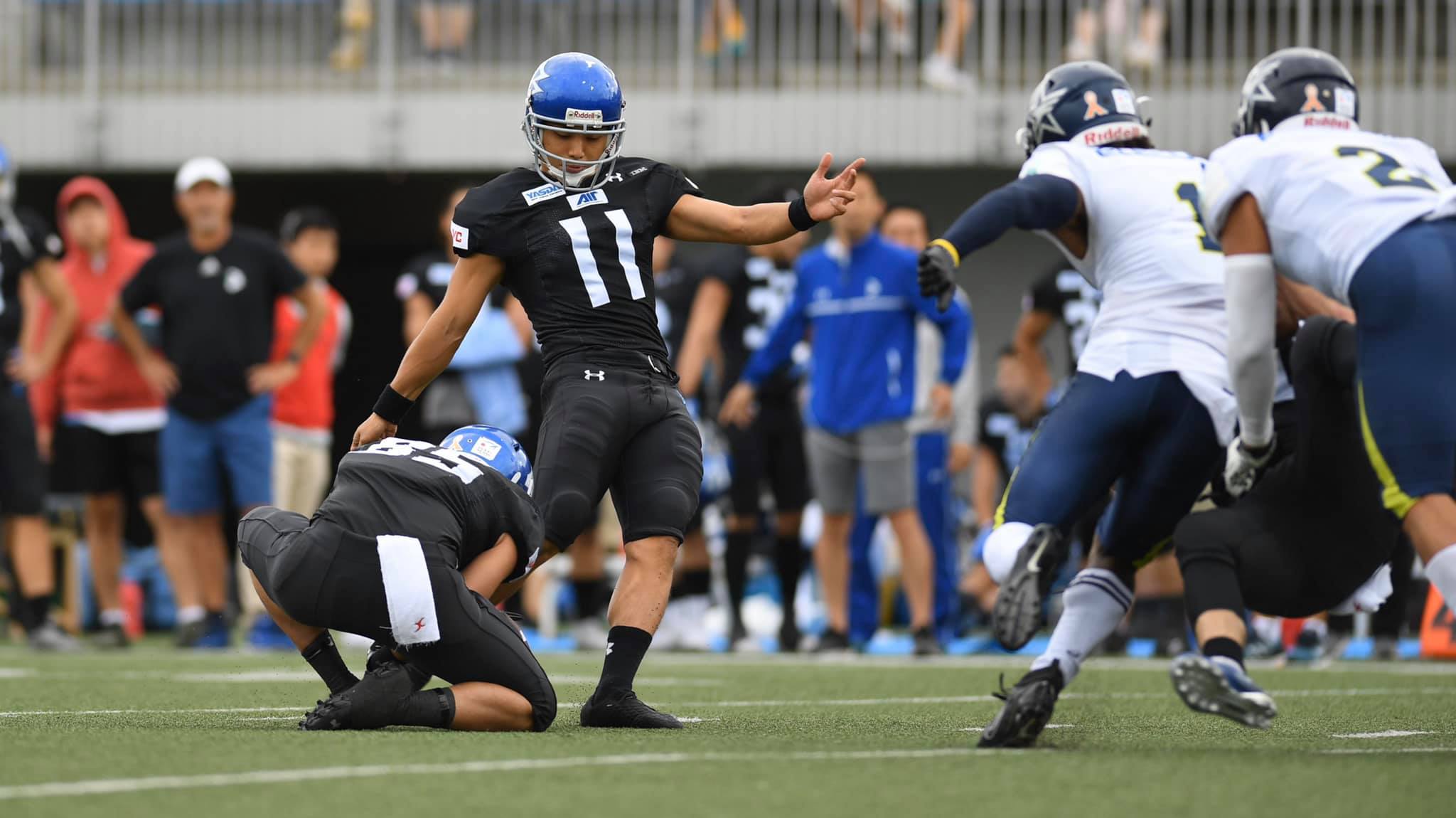 Hogan: Argos thrilled with results of the Global Draft

Sometimes you go into a project and everything you had planned goes wrong. For the Toronto Argonauts, the results of the 2021 CFL Global Draft went exactly as they had hoped.

After a lottery was held, the Boatmen were assigned the third pick in the draft, which would be held in a ‘snake’ format, meaning the team selecting last in a round would have the first pick in the next round and the teams would continue to draft in inverse order.

The Argos had narrowed their wish list for the third pick down to four players early in the week; hopeful at least one of two players they had identified as the best pair in the draft would fall to the third spot.

General Manager Mike Clemons was joined by his full player personnel and scouting staffs on a Zoom call for the draft, also joined by three members of the team’s communications department, including this writer. The crew had assembled an hour before the 1:00 p.m. ET draft, which would be held via a league-wide conference call.

The hope was that the team’s top targeted player of the pair, Tigie Sankoh (pronounced Tiggy), would fall to the third spot. In fact, in the hour-long leadup to draft time, the only player the staff talked about in terms of where he may immediately fit into the lineup was Sankoh, with the question being whether he would be better suited as a safety or SAM linebacker.

If he was gone by the third pick, they had one other player listed as a primary target, with two others as possibilities should both of those players be gone.

They didn’t have to wait long to find out. With the third-overall pick they had their man; Tigie Sankoh was a Toronto Argonaut.

“We thought he was the most pro-ready prospect in the draft to be able to come in and compete right away,” the Argos’ Director of Canadian Scouting Vince Magri told Argonauts.ca in a post-draft phone interview. “We’ve seen him multiple times in person when he was with the Cleveland Browns. He’s played in a lot of pre-season games, he’s played multiple positions, he’s played well. He’s been in a pro environment in meeting rooms and practices. To us he’s ready to hit the ground running and he wants to be here.”

So, where does Magri see him playing?

“One of the most intriguing things about him is that he’s played multiple positions on the back end. He’s played safety, he’s played in the box, he’s played in an overhang position, so he does have the flexibility to do multiple things. On top of that he has the athleticism to be able to be put in those spots and let him find his best position.”

Sankoh was born in the African Republic of Sierra Leone and raised in both Maryland and London, England, playing two years of high-school football in the States. He played defensive back for the London Warriors of the British Football League and moved to Florida to the IMG Academy as a part of the NFL’s Global Pathways Program. He signed with the Cleveland Browns in 2018 as a part of that program but was released in 2020.

With the 3rd overall pick in the #CFLGlobalDraft…

Not only was he the Argos’ first choice, Toronto was Sankoh’s first choice, as he let it be known before the draft that The 6ix was his preferred destination.

“I feel like I’m a Jack of all trades,” said Sankoh on a conference call from Sierra Leone. “I feel like I can play safety, linebacker, and I feel like if you put me on the d-line I can get you a sack too. I feel that’s something I can bring to the defence, I can get after the quarterback.”

When it was time for the second pick, the Argos had a choice to make. There was another positional player in the mix – though not one of their other top four players – and their top-rated kicker was still on the board.

The plan heading into the draft was to select Sankoh, or one of the other positional players in the first round, then select the top kicker left on their board in the second round. When the second-round pick rolled around there was an option to go with a second positional player, but the consensus was to go with what the game plan had dictated; especially with the player listed as the No. 1 kicker on their board still there. Not the top undrafted kicker still available, but player the scouting department had listed as the best all-around kicker in the draft.

With the 16th overall pick Toshiki Sato became an Argonaut.

Sato stood out because he could handle all three facets of the kicking game well; punting, placekicking and kickoffs. He’s a true Global player; born, raised and still playing in Japan with the IBM Big Blue in the X-League, the top league in Japan. He has come to North America to take part in several kicking camps and has shown improvement in his game.

How strong is his leg? He once kicked a 58-yard field goal in a game. His punts average in the mid-40s. Multiple NFL teams were interested in him last spring. The Argos not only love what he can do now but see a ton of potential in the 27-year old, whom they expect to be in camp this year.

“We were trying to identify the top kicker who could do all three, one that wasn’t necessarily a specialist,” said Magri. “He’s got a big leg; he’s made big kicks in big games in pressure situations. We’ve been keeping track of all his recent kicks and the work he’s been doing. Coach Nelson (Special Teams Coordinator Mark Nelson) has done a great job of really getting in-depth with the kickers and doing their evaluation and we feel that Sato has the highest upside of all the guys we evaluated. He could be a full-time guy in our league down the road.”

The club didn’t have a third-round selection as it was dealt to Calgary as a part of the trade that brought the playing rights of Eric Rogers, Cordarro Law and Robertson Daniel to Toronto. The Argos received Calgary’s fourth-round pick in the deal, meaning they’d have two selections in the fourth and final round.

The conversation was about which of two prospects to take with the No. 30 pick, the third pick in the fourth round. They were discussing selecting a basketball player turned receiver from Tulane named Sammis Reyes, or Max Duffy, a punter from the University of Kentucky.

They opted to select Duffy, the highest-rated pure punter on their board, though there were other considerations.

Duffy is a 28-year old Australian with an Aussie rules football background. He headed to the U.S. to punt at the University of Kentucky. He’s coming off a spectacular career where he averaged 46.0 yards per punt over his three years, and in 2019 was named the winner of the Ray Guy Award as the NCAA’s top punter.  He was at this year’s Senior Bowl and is eligible for this year’s NFL Draft. While he might not get selected, he is expected to at least sign a free-agent deal with a team if his name isn’t called.

“The chances are he’s going to be in the NFL,” said Magri. “We didn’t see the point in taking another developmental kicker. We were looking at the player who had the most natural talent that could help us, maybe not right away, but definitely down the line. His talent was too good to pass up.”

The team had to wait four more picks before taking Reyes at pick No. 34. Everyone around the room had an opportunity to speak up and suggest picking anyone else, but none did, and everyone talked about the enormous upside of Reyes. It was unanimous; the 6’ 6”, 260 pounder was the right choice.

The 25-year old is the most intriguing pick by the Argos, and perhaps in the entire draft. Born and raised in Chile, he came to the United States to play basketball at Tulane. He none-the-less just signed as a tight end with Washington in the NFL based on athleticism alone. His pro workout included 31 bench reps of 225 pounds, he ran a 4.65 second 40-yard dash, and had a 40” vertical jump.

“He had one of the best workouts in recent memory,” said a very impressed Magri. “His size, his athleticism, and his physique for a guy who’s never played football before was astonishing. He’s very raw, the kid is still learning the game. For us, his athletic upside and potential was just head and shoulders above anyone left on the board. It was worth taking the chance.”

If Reyes eventually heads to Toronto he wouldn’t be the first Tulane basketball player to potentially make an impact with the Argos. Byron Parker was the NCAA slam-dunk champion with the Green Wave before heading north. A cornerback known as “Hops” for his 43” vertical, he still holds the CFL record with nine career interception returns for touchdowns.

The additions of Sankoh, Sato, Duffy and Reyes, along with the previous signing of running back Asnnel Robo of France, gives the Argos a lot more Global talent to work with. Even if they all don’t play in Toronto this year, it’s given the team yet another substantial personnel upgrade in 2021, as well as stocking the Global pipeline for the next couple of years.