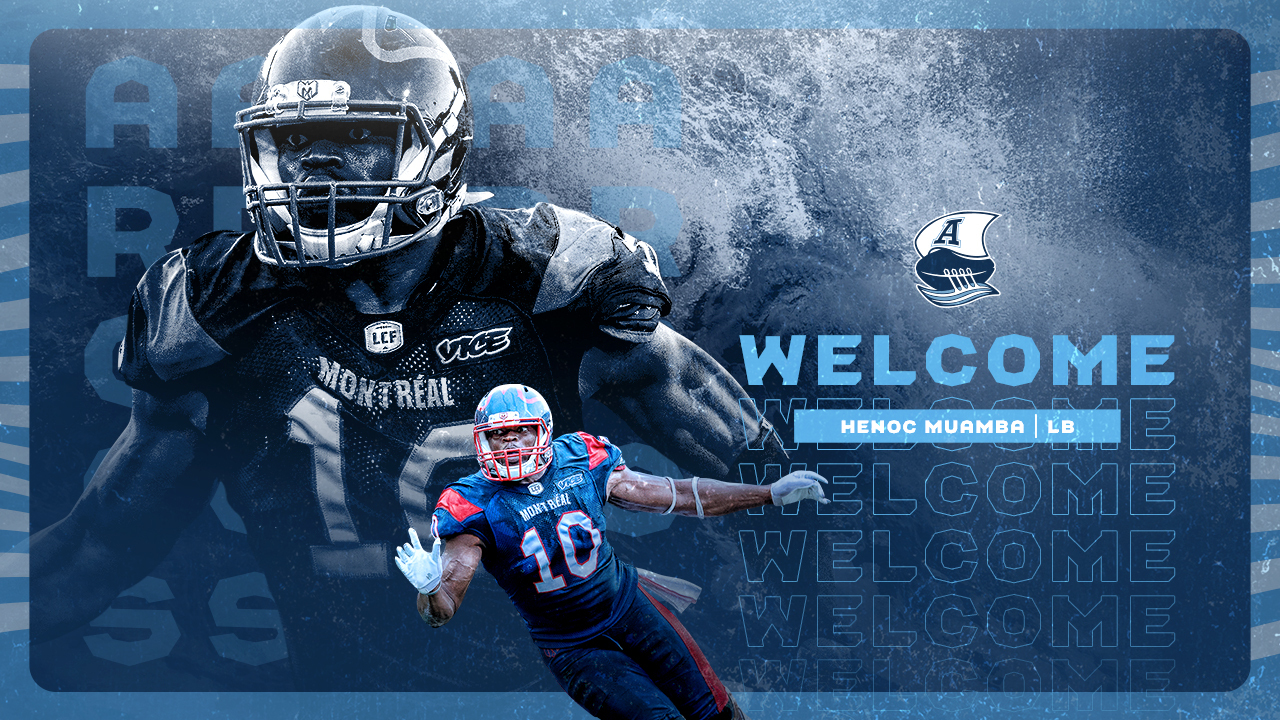 Muamba, 32, played 17 games for the Alouettes last season registering 93 defensive tackles, second best in the CFL, one sack and two forced fumbles on his way to being named the league’s Most Outstanding Canadian, as well as a CFL All-Star for the second time (2013, 2019) and an East Division All-Star for the third time (2013, 2018-2019). The native of Zaire (now Democratic Republic of Congo) who grew up in Mississauga began his career in Winnipeg where he was the first overall pick in the 2011 CFL Draft. Muamba would play three seasons for the Bombers becoming a CFL All-Star for the first time in 2013 after piling up 92 defensive tackles, third most in the league, 19 special teams tackles, one sack and one interception in 18 games. The linebacker would be Winnipeg’s nominee for Most Outstanding Player, Most Outstanding Defensive Player and Most Outstanding Canadian that season. The 6’0, 230-pounder signed with the Indianapolis Colts in 2014, playing 13 regular season games and recording six tackles before coming back to the CFL and signing with the Montreal Alouettes in 2015. Muamba’s next two seasons were spent in Saskatchewan before returning to Montreal in 2018. Muamba would notch another East Division All-Star nod that season after tallying 108 tackles, five sacks, one interception and one forced fumble in 18 games. For his career Muamba has totaled 468 defensive tackles, 75 special teams tackles, 12 sacks, five interceptions and 14 forced fumbles in 108 career games.

The St. Francis Xavier alum was a two-time Atlantic University Sport Defensive Player of the Year (2008, 2010), the top defensive player in Canadian Interuniversity Sport in 2010 and three times honoured as a CIS All-Canadian.