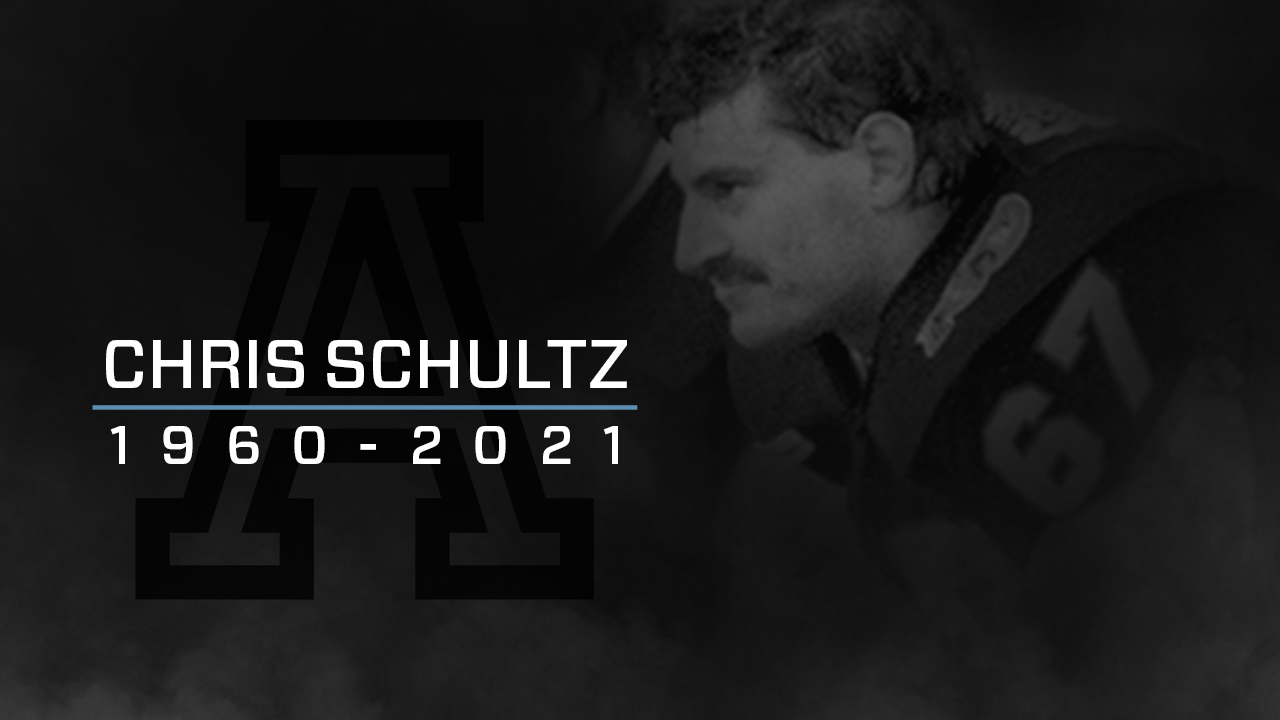 TORONTO – Schultz played nine seasons along the offensive line for the Argonauts (1986-1994) where he was honoured as a CFL All-Star twice (1987, 1988), an East All-Star three times (1987-1988, 1991) and helped the Double Blue capture a Grey Cup championship in 1991. The Burlington native was named to the Toronto Argonauts All-Time Team in 2007. Before his time in the CFL, the stalwart lineman was drafted in the seventh round of the 1983 NFL Draft by the Dallas Cowboys where he would play in 21 games over three seasons for America’s team. A fierce competitor on the field but gentle giant away from it, Schultz found a home as a radio and TV broadcaster for The Fan 590 (now Sportsnet) and TSN after his playing days were over. He would go on to provide passionate and knowledgeable coverage of both the CFL and NFL for over 20 years, including the last two seasons as a colour analyst for the Argos on TSN 1050. The University of Arizona alum served as the impassioned spokesperson for Purolator’s Tackle Hunger Program for years, which has helped feed over 13 million Canadians since 2003. Widely respected by teammates, opponents and fans alike, Schultz was inducted into the Burlington Sports Hall of Fame in 2015 and the Ontario Sports Hall of Fame in 2016.

“Chris Schultz was made to play football, or football was made for Chris Schultz. Either way it was a symbiotic relationship,” said former teammate and current Argos GM Michael Clemons. “At 6’7”, 310 or so muscled pounds, he was tenacious, prepared and dominant! His vigorous preparation both mentally and physically honored his profession. It would probably be fair to say, that football was his first love. He played for America’s team, and Canada’s team, we can argue about the latter of the two tomorrow, but not today. His passion reverberated on radio, television, coaching kids, or walking the dog. He was always willing to talk football! His friends, family and teammates were all in his locker room, where loyalty abounds. My good friend John and I spoke highly of Schultzy often. I’m disappointed because he had more to give, and my fervent hope is, he knew how much he was loved. I’m extending a warm virtual hug to the Argonaut and CFL family today.”

The Toronto Argonauts organization extends its deepest condolences to Chris’ family, friends and fans, to whom there are many.