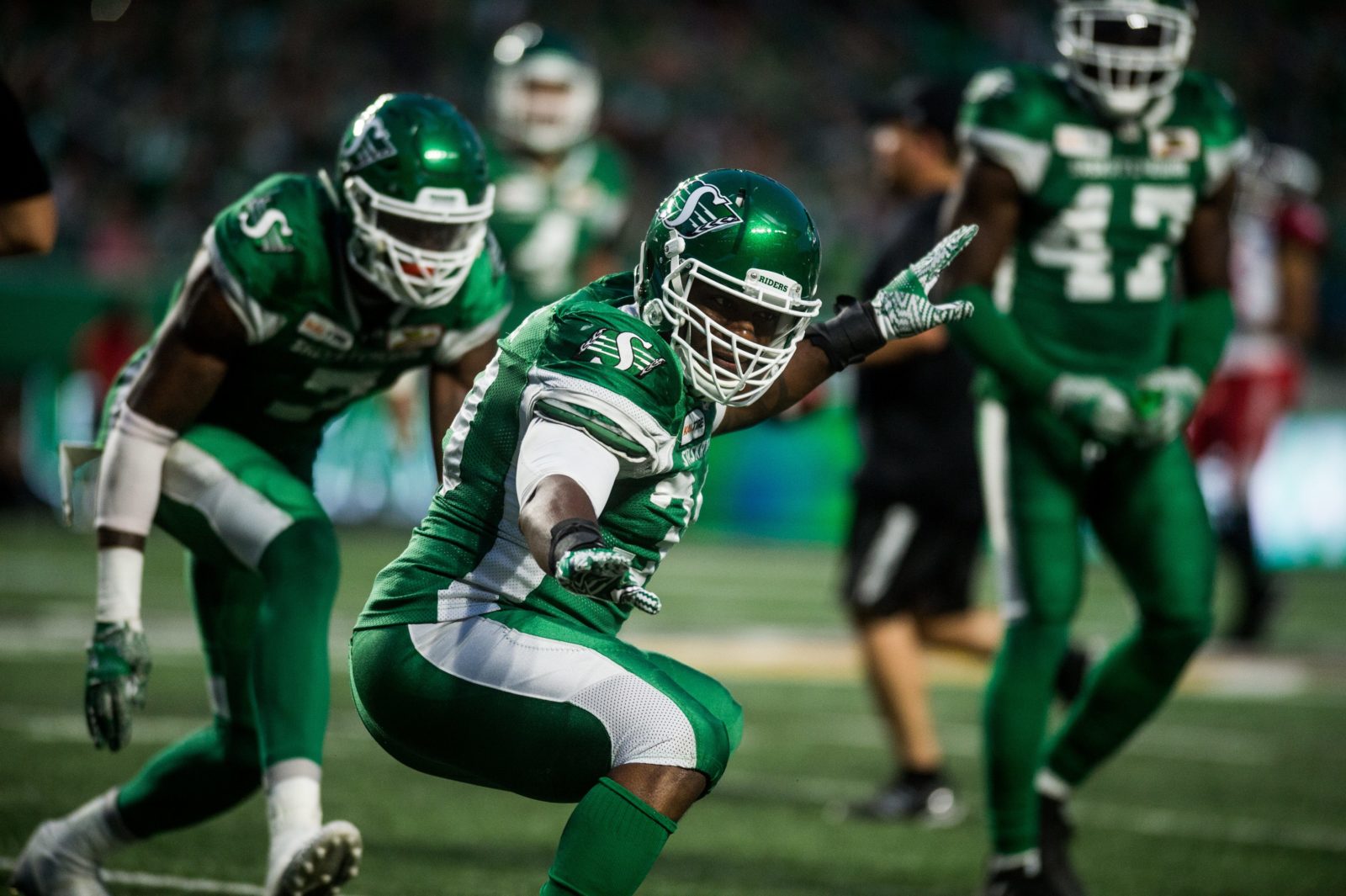 When you look at it chronologically it makes your head spin.

In the span of just three weeks at the beginning of February, General Manager Michael Clemons and Vice President of Player Personnel John Murphy completely revamped the Toronto Argonauts. Free agents were brought in, players were re-signed, and a major trade with Calgary added to a roster that had already received one major refit since the end of the 2019 season.

Two positional groups received the most work; the receiving corps and the defensive line. The work done to the d-line was accomplished in astonishingly little time.

On February 1, the Argos made a trade with Calgary that landed them the exclusive negotiating rights to three pending free agents, including Cordarro Law. The next day, pending free agent Drake Nevis was re-signed, while former NFLer Khyri Thornton also joined the team. Two days later Law was signed, while Charleston Hughes – who led the CFL in sacks in each of the last four seasons – agreed to terms.

That’s a major haul and it all happened in just four days. For many teams that would be enough, but there was more to come. 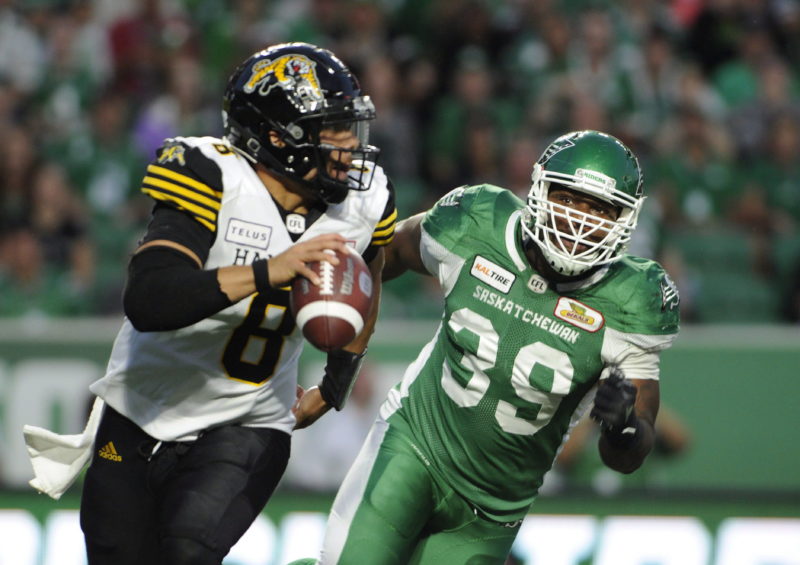 Exactly one week after the Calgary trade, 2015 NFL first-round pick Shane Ray joined the Argos, followed on February 12 by the addition of former CFL all-star Odell Willis, the re-signing of Toronto native and free agent Fabion Foote, and the signing of former NFLer Dewayne Hendrix. To top it off, Kony Ealy, the star of Super Bowl 50, joined the Argos on February 22.

The composition of the defensive line had completely changed, all in the span of 22 days. Everyone with a connection to the Double Blue was insanely happy about what had transpired in that three-week span, but nobody more so than Mike Davis.

Davis was hired as the Argos defensive line coach for the season that never happened. He headed east from the Saskatchewan Roughriders, where he held a similar post and led a group that tied for the CFL lead in 2019 with 56 sacks, 21 more than the Argos accumulated that season.

The first move alone got Davis excited;  obtaining Law and adding him to what was then a fairly young group.

“He was the perfect addition,” Davis told Argonauts.ca in a Zoom interview from his home in Regina. “We had a lot of young guys on the roster and we needed someone to be able to come in and take charge. I knew Cordarro could do that.”

The coach would wake up the next day to learn about Nevis and Thornton.

“It’s Drake, who has all the experience up here, and Khyri, who is a younger version of Drake, maybe a little more athletic, but someone who can fall in behind Drake and just learn.”

Then came the big day, February 4, when the Law deal was finalized and Hughes was signed, just one day after being released by Saskatchewan.

“That’s a great day,” said a smiling Davis. “I’m in Regina with Charleston (both live there). He told me he got released. I didn’t want to get my hopes up, but I knew he wanted to be closer to home (Michigan). I asked if he had reached out to Murph and when he did, he said ‘let’s make it happen.’ I thought, perfect. The veteran leadership he brings to that room, I was ecstatic.”

The additional signings were cherries on top of an already decadent sundae.

Any CFL team would have been happy to bring in one or two of these athletes, but to bring in eight players with such high ceilings – all in a three-week span – is unheard of. That doesn’t mean they’re all going to live up to or exceed expectations. In fact, with 17 defensive linemen currently on the roster it will be virtually impossible to keep them all, but Davis is excited for the evaluation process to play itself out.

“On paper it looks fantastic, but unfortunately we don’t play on paper. How these guys are going to show up and what’s going to happen when they get here? It will make for some exciting practices I do imagine.” 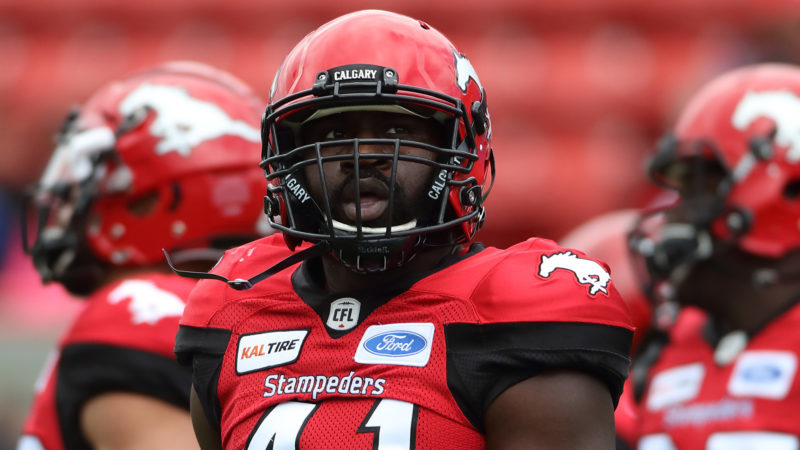 Looking back at Davis’ time with the Riders, he knows what Hughes (and Cameron Judge) can bring to a defence. The skill level is easily identifiable, but the intangibles Hughes brings to the d-line group make Davis equally happy. Hughes has the ability to read what an offensive line is doing in real time and essentially acts as a coach on the field. His in-game adjustments and conversations with the coaching staff are a big reason why he’s had such a remarkable amount of success.

Most of the players in Davis’ group would be considered defensive ends, so some of those players are going to have to make the move inside to get more reps as a part of the rotation. Ealy, Oakman and Hendrix would be the top candidates to challenge Nevis, returning players Jhaustin Thomas and Foote, among others, for reps at tackle.

Davis knows what’s expected from the group. Now he has to coach up a group to execute what Defensive Coordinator Glen Young has in store.

“There’s a lot of pressure on me,” Davis admitted. “People see those names and it’s ‘okay Mike, don’t go and mess it up.’ In my opinion we should be able to rush three or four and be able to get home (to the quarterback) with the athletes and quality of players those guys are.”

The Argos made not only a splash on the defensive line, but may have made even more news at the receiver position, adding players like Eric Rogers, Martavis Bryant, Kendall Wright and Terrell Sinkfield, while being able to restructure DaVaris Daniels’ contract and re-sign potential free agent Juwan Brescacin.

Argonauts.ca playfully asked Coach Davis which positional coach has had a better 2021, him or Receivers Coach Markus Howell?

“I would have to say him because he plays with five receivers, I only get to play with four guys on the line,” joked Davis, before summing it up perfectly, “I don’t think either one of us is complaining.”